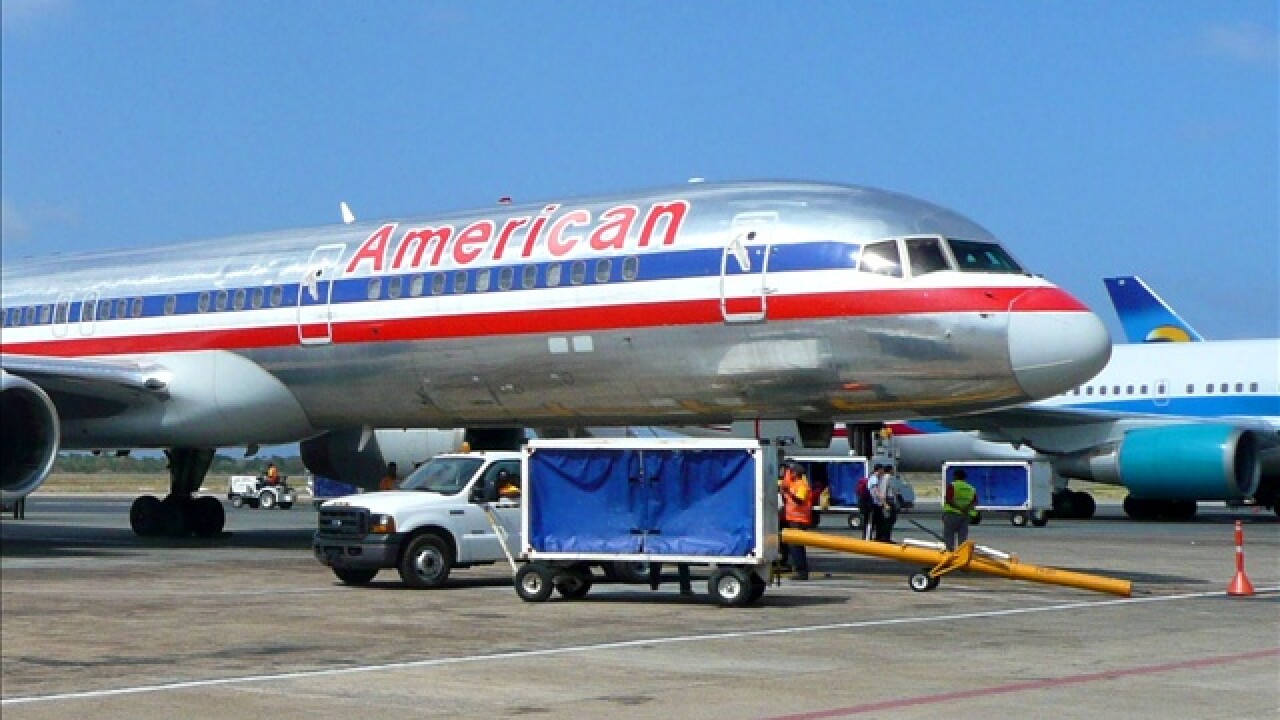 By Ralph Ellis and Samira Said

(CNN) — Luckily, the plane had not taken off.

An airline passenger was arrested Thursday after he tried to bite a flight attendant, opened the galley door and jumped from the plane to the tarmac at a North Carolina airport, federal air marshals said in a criminal complaint.

Authorities say that because Tun Lon Sein speaks little English, they don’t know why he made such a ruckus. He went into court Friday, but the hearing was postponed because the Thai interpreter could not speak Karin, a language of lower Myanmar, according to docket information.

Sein was seated on American Airlines flight 5242 Thursday when the plane began to taxi away from the terminal at Charlotte Douglas International Airport to prepare for takeoff, the criminal complaint said.

The plane is a Bombardier CRJ-200 regional jet, according to the airport website.

Sein stood up from his seat, went to the main aircraft door and tried to open it, but was stopped by a flight attendant, the complaint said. Two passengers left their seats to help.

“Sein then tried to bite the flight attendant, moved towards the galley service door, managed to open it and jumped to the tarmac,” the complaint said.

He was stopped from running onto the active taxiway by airport workers, then taken to a local hospital for treatment.

Authorities said they believe Sein understood the safety requirements because he could see that the seat belt signs were illuminated and other passengers were seated. Also, he entered the United States at Newark, New Jersey, so he had flown on two other flights before boarding the flight in Charlotte, the complaint said.

American Airlines issued a statement saying the plane returned to the gate after “a security incident with a passenger.” The plane was re-screened and landed about 90 minutes late at its destination of New Bern, North Carolina, the airline said.

Sein was charged with interference with flight crew members and attendants on a commercial aircraft, according to a criminal complaint. His initial court appearance was rescheduled for Thursday, June 1.

CNN was unable to reach Sein’s lawyers for comment.