Police search for fugitive in Magna

MAGNA, Utah -- Officials are searching for a fugitive who evaded police and has several outstanding warrants on violent crimes late Friday night.

According to UPD, West Valley Police chased Jason Guymon, 37, into Magna. Guymon was able to evade police after they found his car at 8700 West and 3380 South.

Officers attempted a traffic stop on him near I-215 and State Road 201, but he got away.

Check back to Fox 13 for updates. 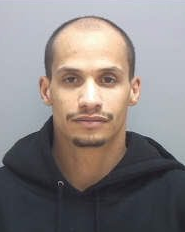