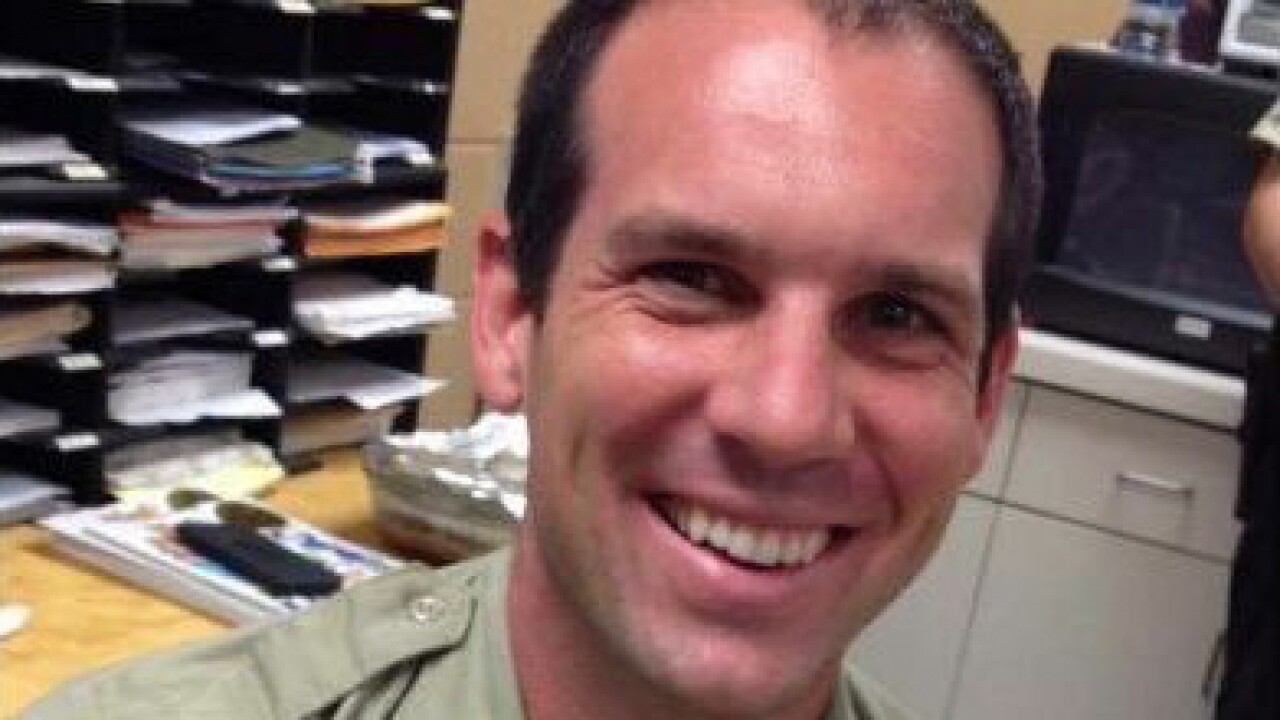 Brookhaven Police officer William Durr was one of seven people killed in Lincoln County, Mississippi during a shooting spree Saturday night. Durr is 36-years-old and has been a member of the police department for 4 years, according to a release from the Mississippi Bureau of Investigation.

Brookhaven Police officer William Durr was one of seven people killed in Lincoln County, Mississippi during a shooting spree Saturday night. Durr is 36-years-old and has been a member of the police department for 4 years, according to a release from the Mississippi Bureau of Investigation.

By Joe Sterling and Ryan Prior

Authorities identified Lincoln County Sheriff’s deputy William Durr, 36, as the slain officer according to the Mississippi Bureau of Investigation.

The MBI said the shootings started around 11:30 p.m. at an address in Bogue Chitto, where the deputy and three females were found dead.

Another crime scene was found in Brookhaven, where the bodies of two boys were found. There also was a third crime scene, where a man and a woman were found dead. The identities of the other victims are pending notification of next of kin.

A man identified as Willie Godbolt, 35, of Bogue Chitto, was taken into custody and was being treated at a Jackson, Mississippi, hospital, for a gunshot wound, the MBI said.

The MBI said its agents and Lincoln County Sheriff’s deputies and the district attorney were investigating.

‘He was just there’

While he was in custody and awaiting treatment, the suspect spoke to a reporter at The Clarion-Ledger, the daily newspaper based in Jackson.

In the video and recounted in a story on the paper’s website, Godbolt said he had gone to a residence to talk with his wife, her mother, and her stepfather about taking his children home.

“Somebody called the officer. People that didn’t even live at the house. That’s what they do. They intervene. It cost him his life. I’m sorry.”

“My pain wasn’t designed for him. He was just there,” Godbolt said, referring to the lawman.

When he was asked what the future holds for him, Godbolt said, “Death.”

“Suicide by cop was my intention. I ain’t fit to live. Not after what I’ve done.”

In addition to the sheriff’s deputy, family members told affiliate WAPT that the victims at the first location included the mother, aunt and sister of Godbolt’s estranged wife. Godbolt’s wife escaped with their two children. At the the third location, they said, the victims were another of Godbolt’s wife’s sisters, as well as her husband.

Godbolt has a history with the law. In 2005, he was arrested for armed robbery and aggravated assault after allegedly striking a man over the head with a pistol before stealing his jewelry and cash. In 2013 he was charged with simple assault. In April 2015 he was arrested for driving with a suspended license and and later that year for disorderly conduct. Most recently he was was arrested in 2016 for contempt of justice court and an additional assault charge.

Durr served in the sheriff’s department for two years and the Brookhaven Police Department for four years, the MBI said.

In a Facebook post, Mississippi Gov. Phil Bryant mourned the victims, including the sheriff’s deputy who died, in what he called a “senseless tragedy.”

“Every day, the men and women who wear the badge make some measure of sacrifice to protect and serve their communities. Too often, we lose one of our finest. I thank the law enforcement agencies involved for their hard work,” he said.

According to the MBI, other agencies involved in the case include the Mississippi Highway Patrol, the Bureau of Narcotics, Pike, Walthall, Franklin, Copiah, Lawrence, Amite counties sheriff’s departments, the Brookhaven Police Department and the Department of Wildlife, Fisheries and Parks.