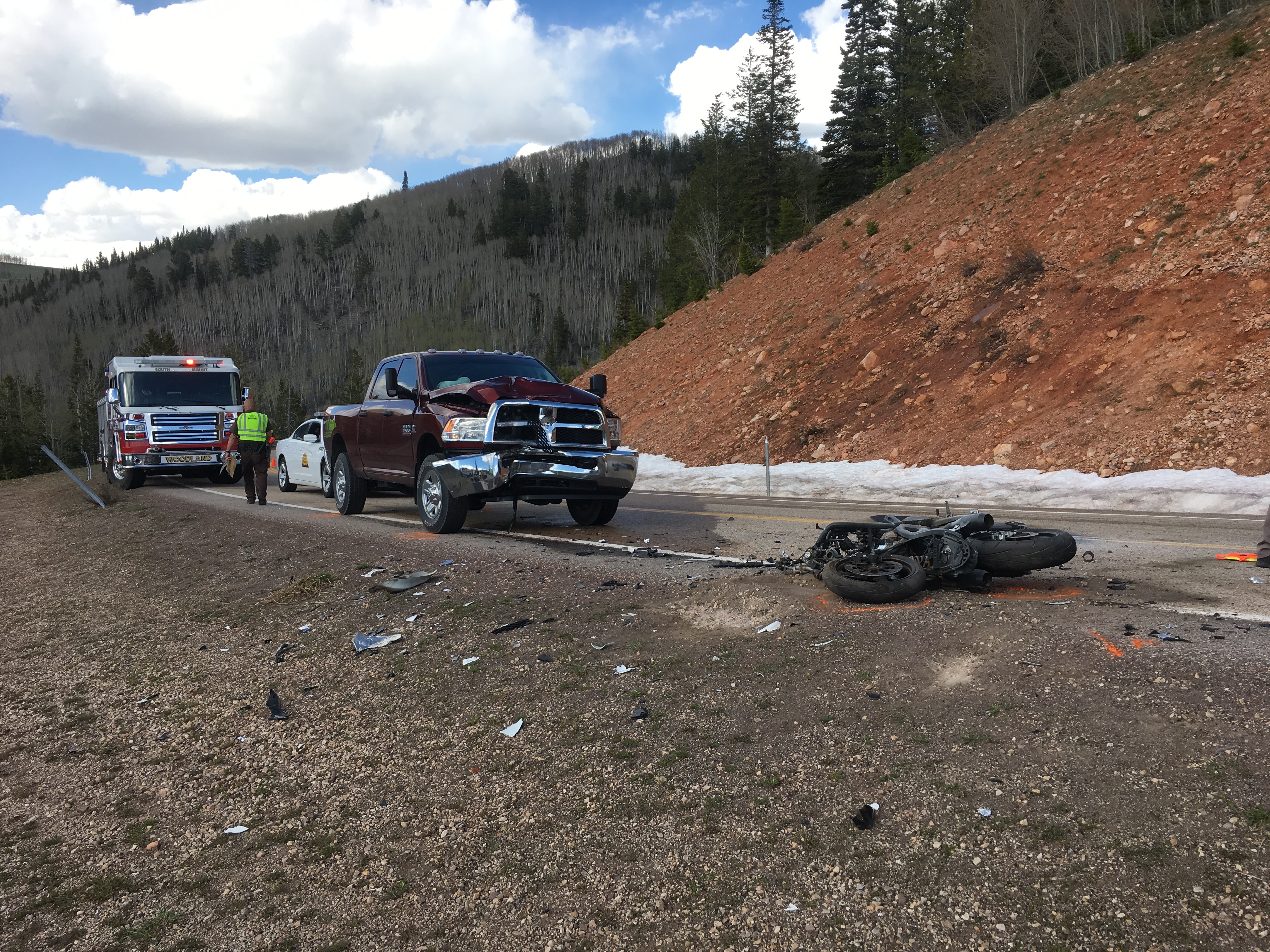 WASATCH COUNTY, Utah –A woman from Pleasant Grove was killed Sunday in a motorcycle crash as she and her husband traveled on separate motorcycles on SR-35.

According to the Utah Highway Patrol, the fatal crash occurred on SR-35 near mile post 18 just before 4 p.m.

Claire Benson, 47 of Pleasant Grove, and her husband were traveling westbound on separate motorcycles, and witnesses reported both people were traveling at a very high rate of speed.

Benson failed to negotiate a turn in the road and crossed over into oncoming traffic, where she struck a Dodge truck head on.

The woman, who was wearing a helmet and other protective gear, was killed on impact. The motorcycle, a 2012 Ducati, burst into flames.

The driver of the truck suffered minor injuries due to the airbag deployment but was not taken to a hospital.

The road was closed for about an hour after the crash. Excessive speed is being investigated as a contributing factor in the crash.