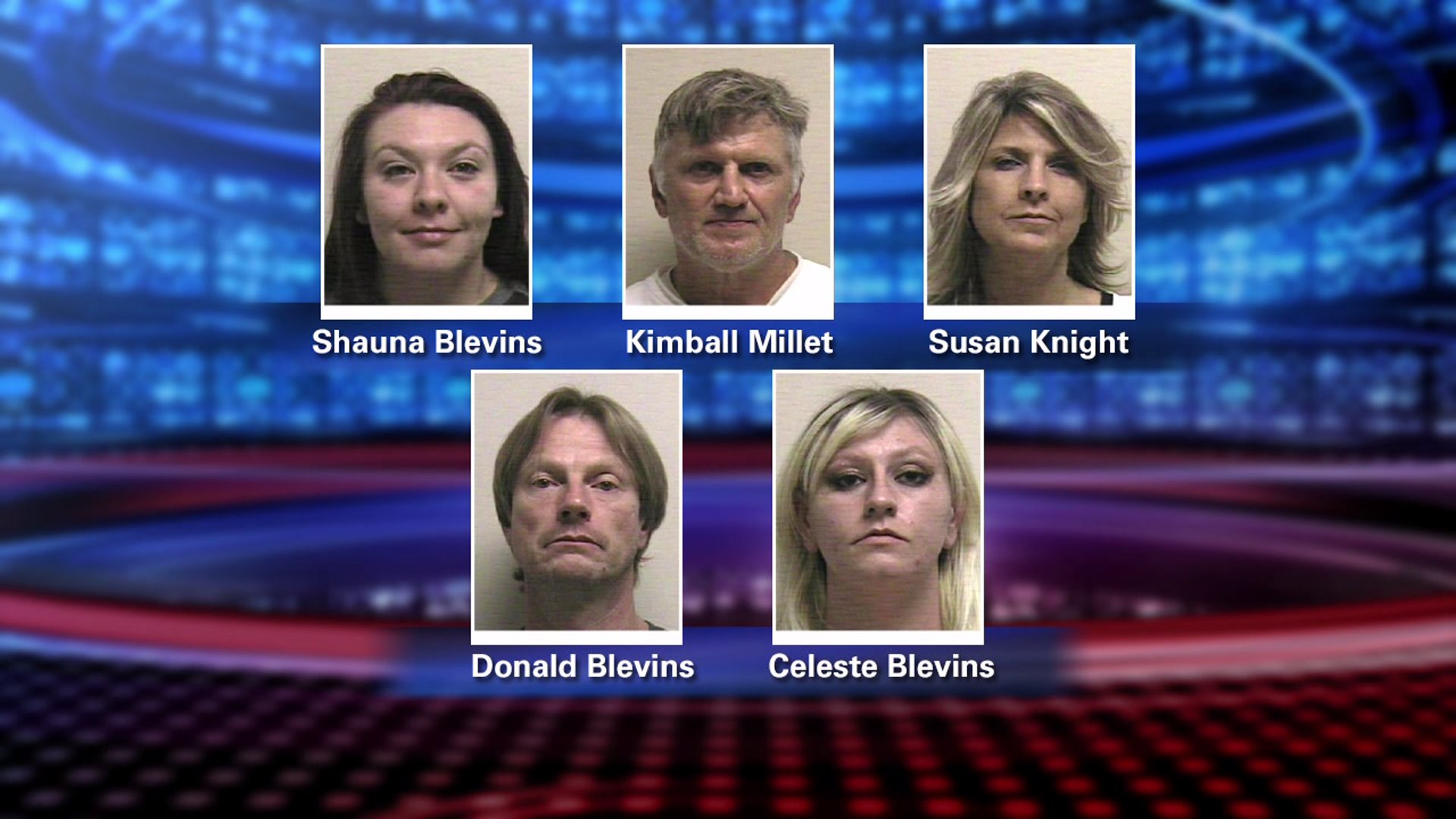 SPANISH FORK, Utah – Police say a group of suspects was dealing drugs in a home with children and now all five of them are facing charges.

Officers issued a warrant at a Spanish Fork home on May 18 that led to charges against Celeste Blevins, Donald Blevins, Shauna Blevins, Susan Knight and Kimball Millet.

In each of the suspect’s rooms, officers found meth, marijuana, several pills and used syringes.

All five people face charges including possession or use of a controlled substance and child endangerment.