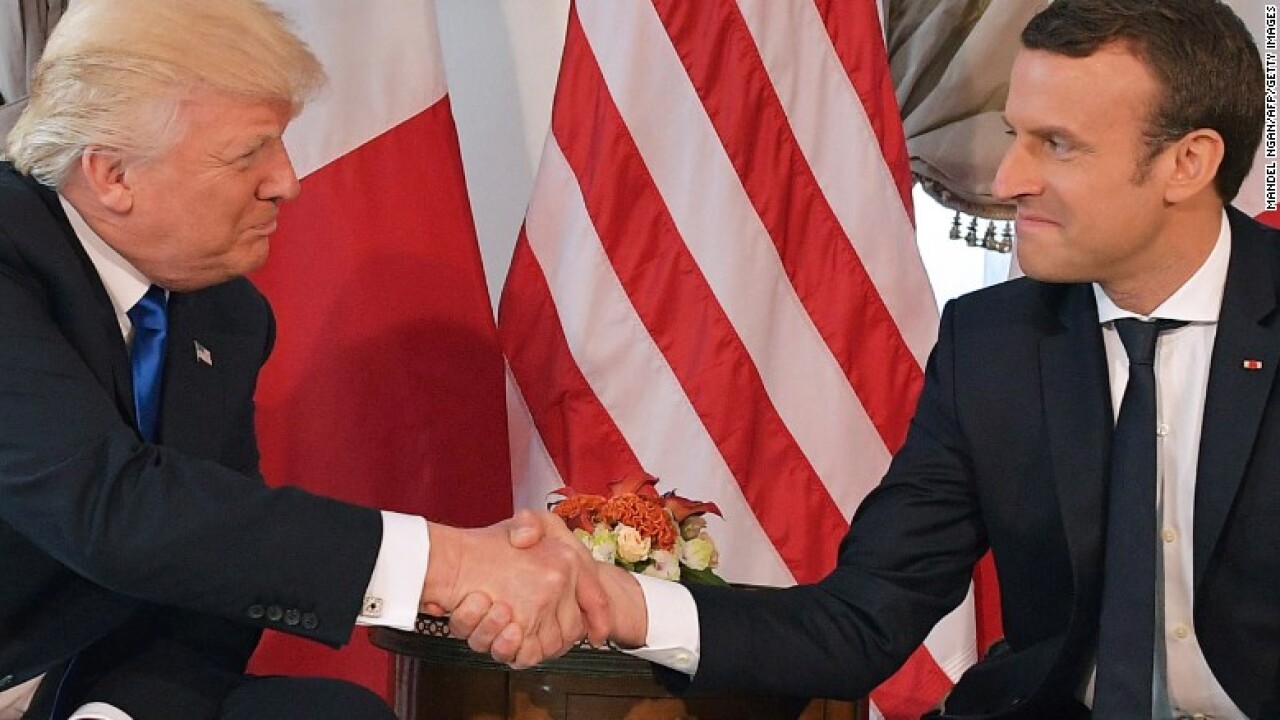 French President Emmanuel Macron confirmed that there was indeed a deeper significance to the prolonged handshake he shared with US President Donald Trump in Brussels.

“My handshake with him, it’s not innocent,” Macron told the Journal du Dimanche in an interview published Sunday. “It’s not the alpha and the omega of politics, but a moment of truth.”

The two newly-minted leaders met in Brussels on Thursday and shook hands in full view of the press. The tense moment during Trump’s first trip abroad as President became the latest of Trump’s handshakes to draw attention online. In February, Trump’s lengthy handshake with Japanese Prime Minister Shinzo Abe — along with Abe’s animated reaction — went viral.

In the interview, Macron compared his own handshake to his leadership posture.

“One must show that we won’t make little concessions, even symbolic ones,” Macron said.

“Donald Trump, the President of Turkey or the President of Russia are of a mindset of power relations, which doesn’t bother me,” Macron said. “I don’t believe in diplomacy of the public invective but in bilateral dialogues. I don’t let anything go. That’s how one makes oneself respected.”

During the lead-up to the French presidential election, Trump said positive things about Macron’s far-right opponent Marine Le Pen, and former US President Barack Obama endorsed Macron, who went on to win by about 30 percentage points.

A French official told CNN near the end of the G-7 summit that the two had gotten along well and that Trump had told Macron after the French election that he hadn’t supported Le Pen.

Macron said in the interview that he believed he could establish a “cordial relationship” with Trump.