Preliminary information states one person was shot in that incident; their condition is unknown.

Officers said the suspect car, with two people inside, sped off when they arrived.

The chase reached speeds of 105 mph and continued along I-80, past Saltair and ended in Lake Point at Canyon Rd. and Adobe Ln.

Authorities threw out spike strips and the suspect ran over two of them but continued the chase.

Eventually the car hit a tree and the two suspects got out and were communicating with officers.

According to preliminary reports, at least one officer fired at the suspect.

That suspect was flown to the hospital in critical condition and the other suspect is in custody.

Officials have not released the identities of the suspects.

No one else was injured in the chase. 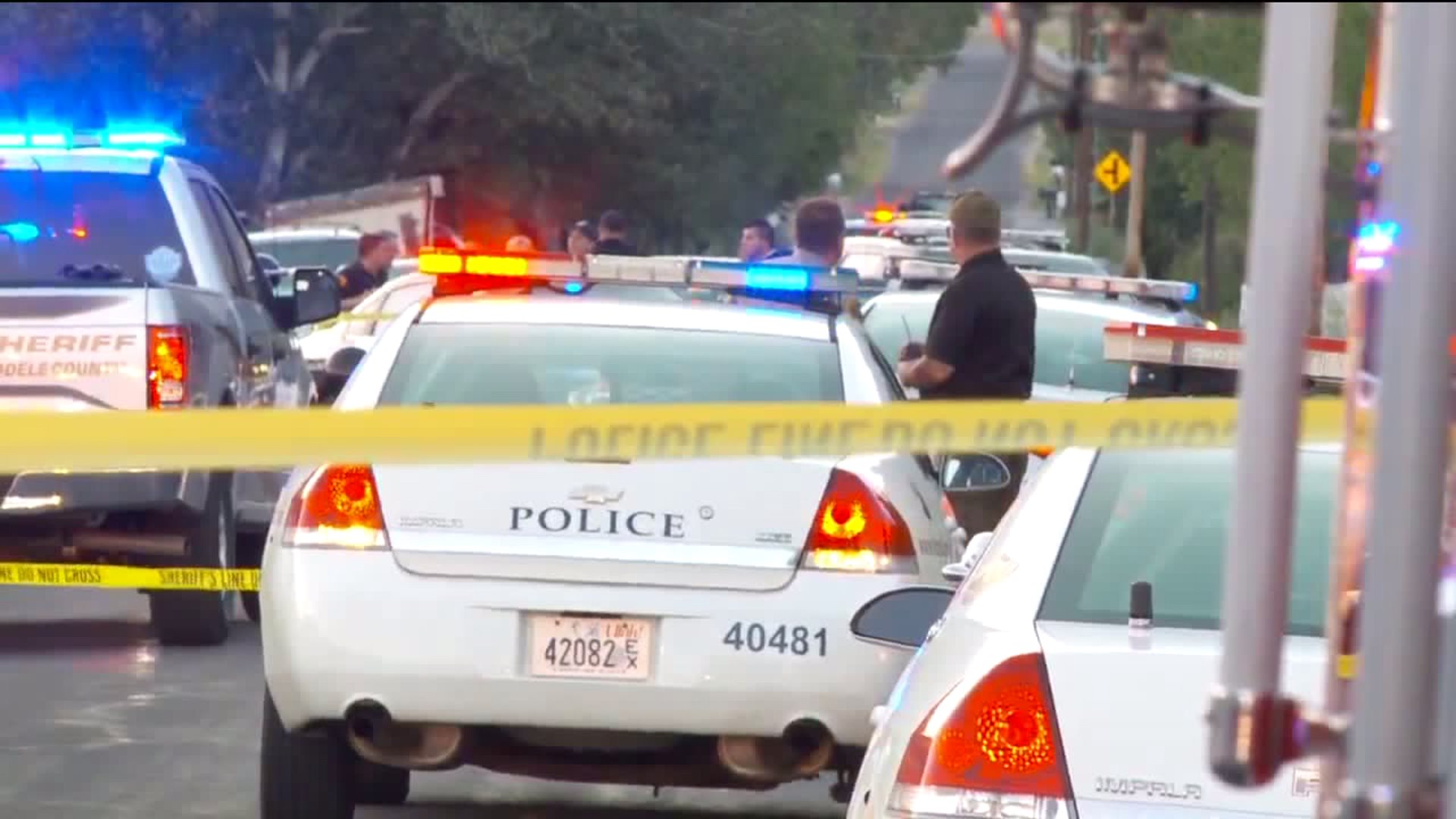