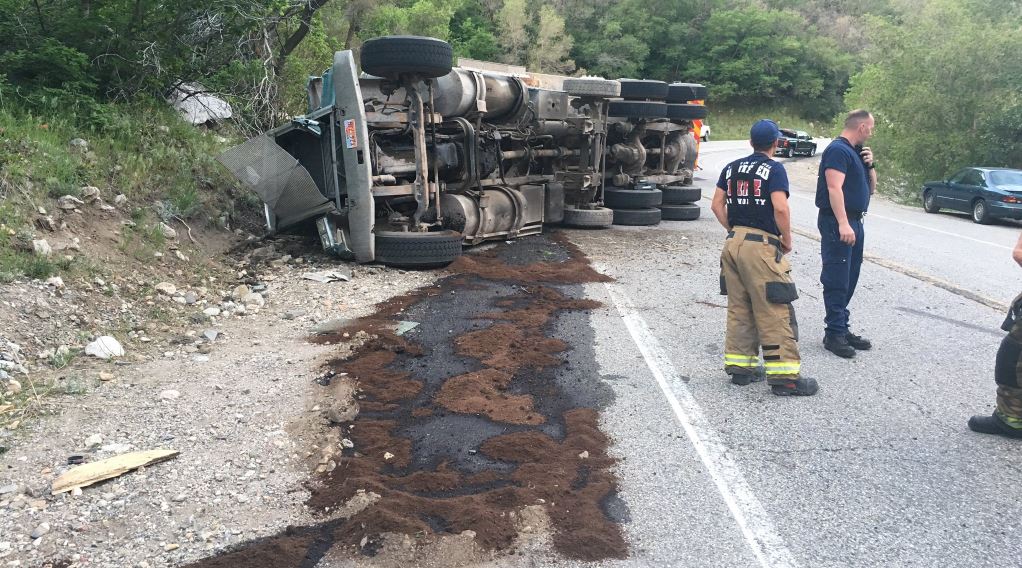 According to the Unified Police Department, the dump truck rolled near the Lisa Falls area of the canyon. UPD first tweeted about the crash shortly after 8 p.m.

The driver suffered minor injuries, but fluid began leaking from the truck.

Police say they are investigating speed as a possible factor in the crash. Fox 13 News will update this story as more details emerge.