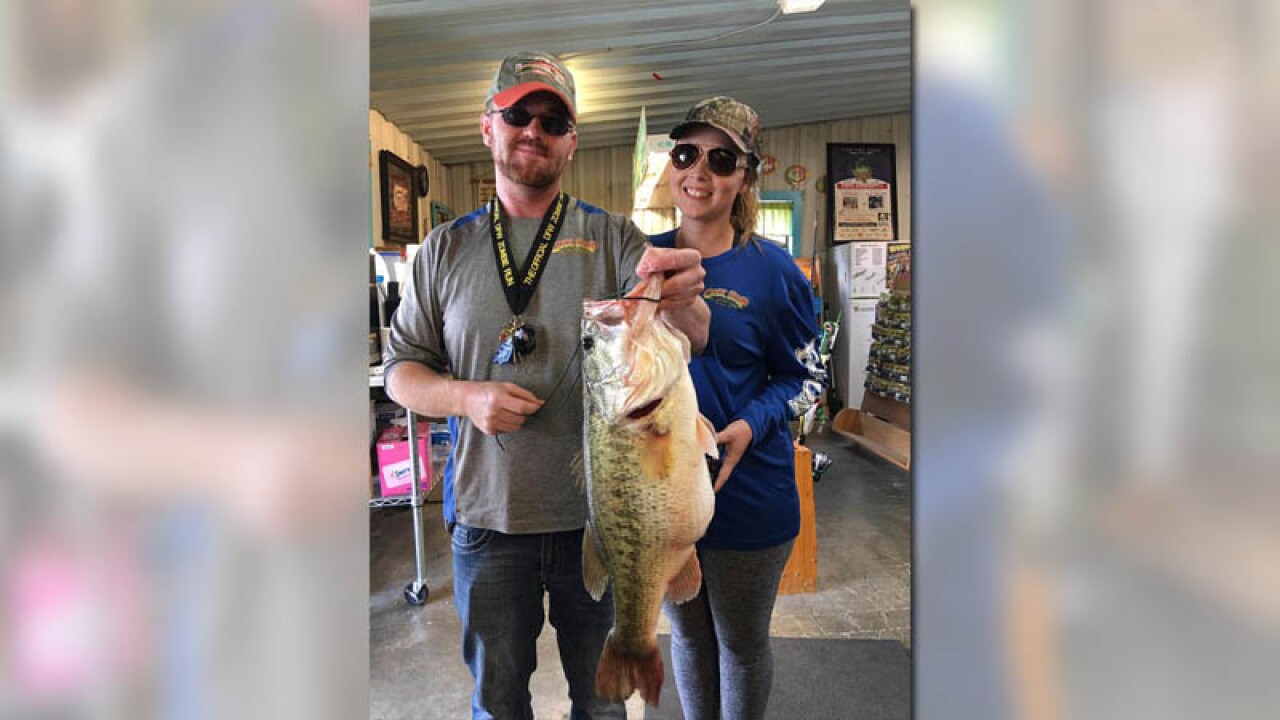 ENNIS, Texas -- A Texas couple are crediting McDonald's for helping them land a record-setting bass.

After initially failing to get a bite, Matthew McNellis told KDAF his girlfriend suggested using a Chicken McNugget as bait.

That's when he reeled in a 24.5-inch-long bass weighing nearly 11 pounds.

McNellis says he took the bass to Highview Marina where it was declared a record-setting catch at Lake Bardwell.

The couple tossed the bass back into the water and McNellis says he may try using seasoned french fries from Wendy's as bait next time.