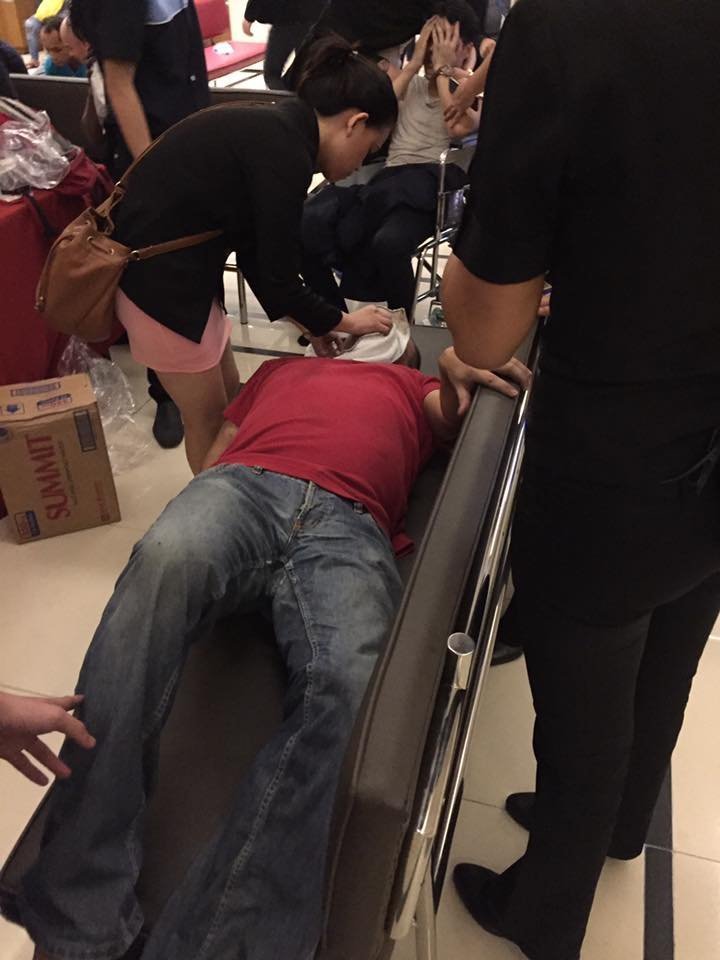 MANILA — The popular Filipino tourist site Resorts World Manila is on lockdown after reports of gunfire and explosions.

A masked gunman was on the second floor of one hotel, firing at guests, hotel employees fleeing the scene told CNN Philippines.

It was not immediately clear how many people may have been injured or killed.

“The company is working closely with the Philippine National Police to ensure that all guests and employees are safe,” the resort complex tweeted. “We ask for your prayers during these difficult times.”

Resorts World Manila, also known as RWM, is a resort complex in Newport City, a residential and commercial center in metropolitan Manila.

The sprawling complex has an array of hotels, restaurants and bars. Tourists flock to the complex for its casino, cinema and stores, which include several Western retailers such as Hugo Boss, Lacoste and Kate Spade.

The complex, which is described on RWM’s website as “the first and largest integrated resort in the Philippines,” is located across from Ninoy Aquino International Airport.

Shortly after Friday’s incident began to unfold, the US State Department warned citizens to avoid the area.

No one has claimed responsibility for Friday’s attack.

The Philippines has been grappling with incidents of terrorism, especially on the southern island of Mindanao. There, in the city of Marawi, government forces have been battling ISIS-linked militants for control of the city.

The battle for Marawi, a largely Muslim city, has displaced at least 70,000 residents and left 140 people dead. The terrorist siege began last week, just as Muslims worldwide started to mark the holy month of Ramadan.

Philippines President Rodrigo Duterte declared martial law over the island of Mindanao in light of the crisis. Duterte also suggested he might extend martial law through year’s end or impose it nationwide, alarming critics.