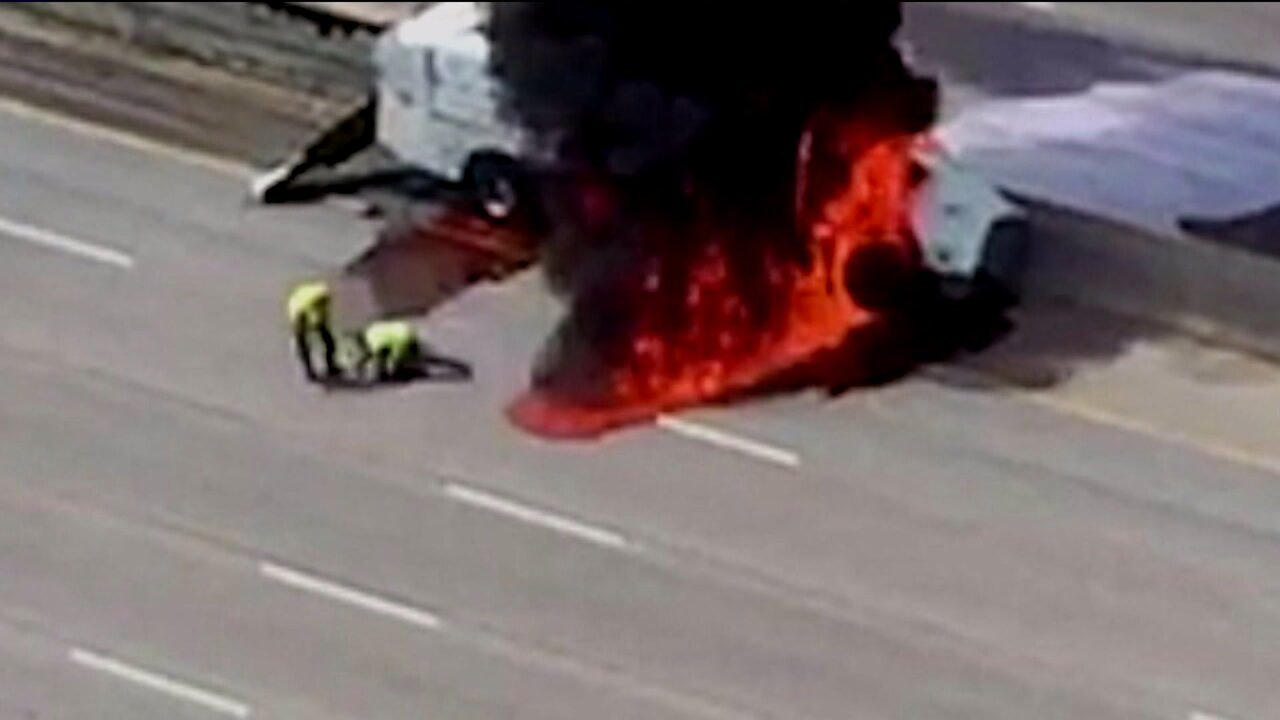 GREENWOOD VILLAGE, Colo. -- Witness video shows a man jumping out of a burning fuel tanker as flames begin to spread after a crash on Interstate 25 near Denver Wednesday afternoon.

The man immediately rolls on the ground and is seen trying to get up before falling back to the ground.

A nearby Colorado Department of Transportation worker rushes toward the burning tanker to help the man on the ground and appears to pat the man's clothes - it's not clear if they were on fire.

A second CDOT worker also runs to help. The pair were on maintenance patrol on the interstate. CDOT has not released their names.

Two CDOT workers helped man after he escaped burning tanker on I-25. The CDOT executive director is in the center in the photo. Credit: CDOT

The man from the tanker stands up, then falls down again, but is able to hobble away from the flames.

He was taken to Swedish Medical Center and the extent of his injuries are not known.

The crash happened about noon when the truck lost a tire and crashed into the median, causing an explosion and sending a huge fireball and plume of black smoke into the air that was seen for miles across the Denver metro area.