Man wears strainer on his head in driver’s license photo 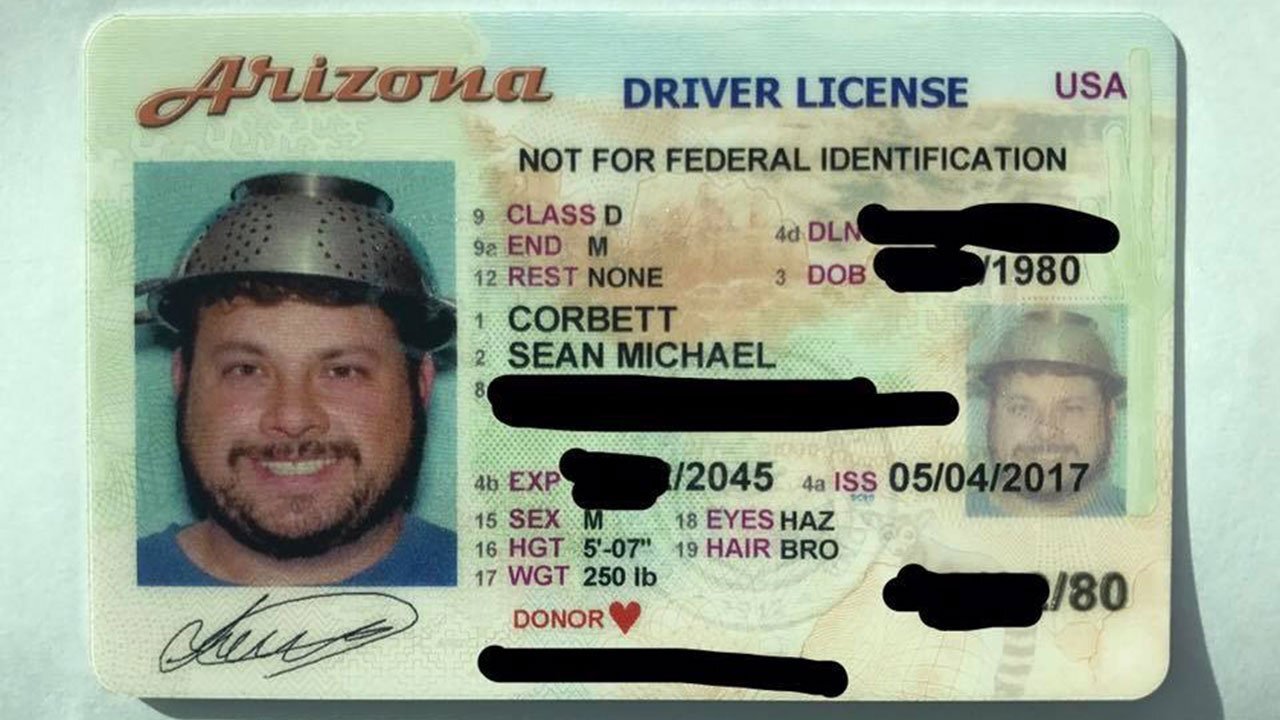 Sean Corbett of Chandler says he recently won his fight to wear a pasta strainer on his head in his picture, claiming religious expression.

(CNN) — It’s rare to see a driver’s license photo quite like this.

It’s of a man with a metal colander on his head.

That’s the driver’s license photo of Sean Corbett of Chandler, Arizona. And getting permission for the image to be used took some doing. A woman in southern Utah secured a similar photo for her Utah driver’s license in 2014.

He said he went to several Arizona motor vehicle locations for two years before he found one that would let him take the photo with the strainer on his head.

“It’s kind of been a personal mission to keep pushing and not let the naysayers say I can’t,” Corbett told CNN affiliate KNXV.

So why did he insist on being photographed with the colander on his head? Because of his religion, sort of.

Corbett calls himself a “pastafarian,” who wears the item as part of his religious headgear.

If that sounds, well, a little hokey, it’s supposed to be.

Most states require people to take their driver’s license photos free of headgear or other items, but exceptions are sometimes made for religious reasons. So that’s why Corbett feels he should be able to wear the pasta strainer in his photo.

However, a spokesman with the Arizona Department of Transportation told KNXV that while some exceptions are made for religious headwear, Corbett’s colander getup probably shouldn’t have been allowed, so the state is going to void the photo and driver’s license.

If that happens, Corbett says he’s prepared to wage a legal battle for the right to be photographed with kitchenware on his head.