AMERICAN FORK, Utah - The Utah Highway Patrol said troopers are investigating if road rage led to the fatal wreck on I-15 in American Fork.

Authorities have identified the person killed as 38-year-old Joshua Robertson of Murray, Utah.

Troopers said Robertson was driving a blue Chevrolet Monte Carlo northbound on I-15 in American Fork at 7:45 a.m.

At about 500 E., his car veered off the road to the right, he over-corrected to the left across all lanes of traffic and hit a black Chevrolet pickup.

Robertson was not wearing his seat belt and was ejected from the vehicle.

His car then bounced off the concrete barrier and hit a third vehicle traveling in the car pool lane.

He was fatally injured in the wreck and died at the scene.

No one else in any of the other cars involved was injured.

UHP said it does not believe Robertson was impaired at the time of the wreck.

However, troopers are looking into a possible road rage incident between Robertson and another driver that could have caused Robertson to lose control of his car. ​

The crash forced officials to close multiple lanes of I-15, causing traffic to back up to Lindon.

All of the lanes have been reopened. 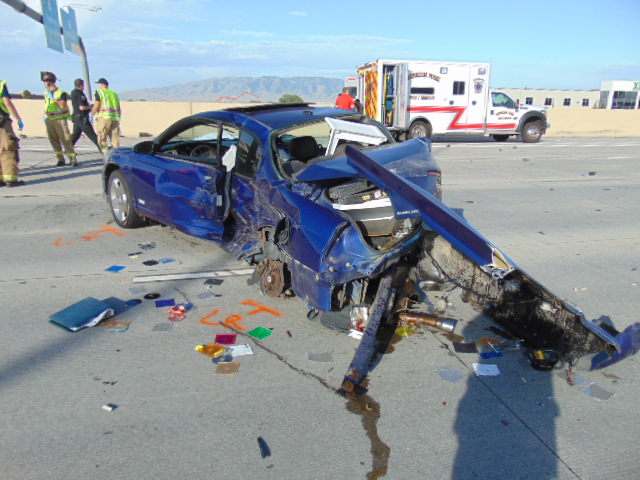