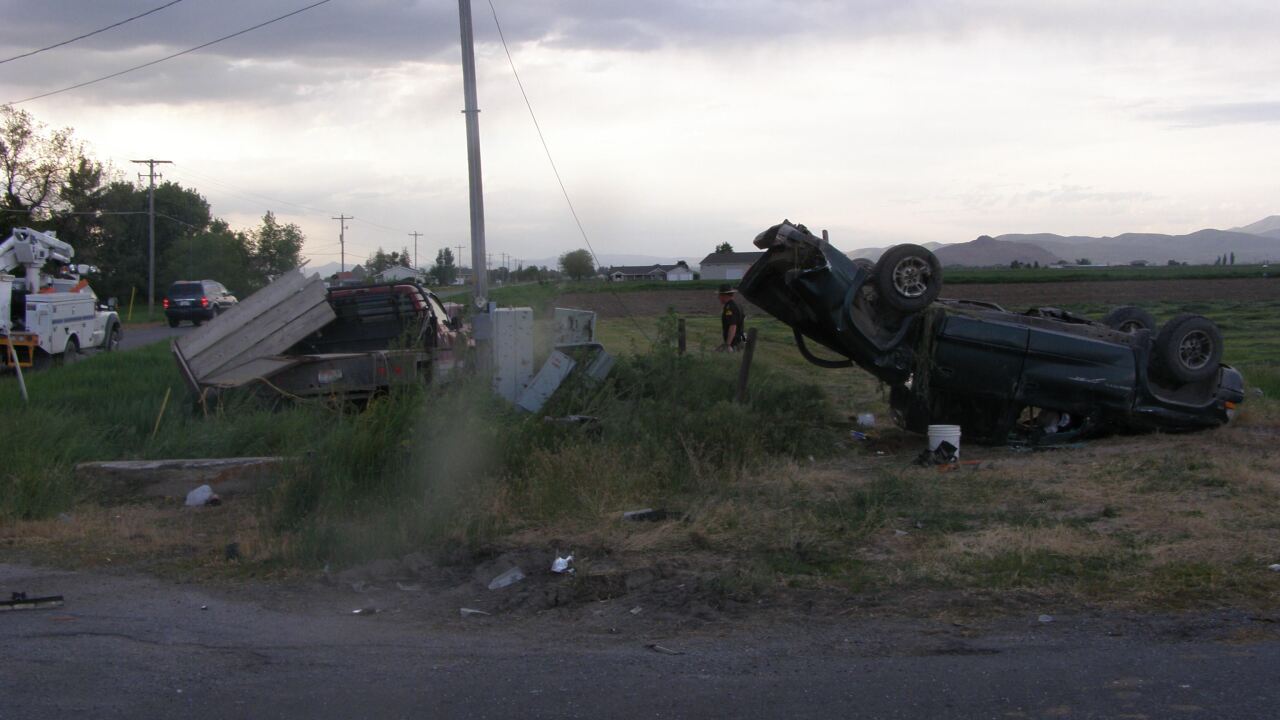 CACHE COUNTY, Utah — A woman was killed in a crash in Lewiston Thursday after a driver failed to come to a halt at a stop sign.

According to the Utah Highway Patrol, the crash occurred around 7 p.m. Thursday as a Ford F-250 was traveling north on Main Street.

As the truck approached the intersection at 1600 South, a Green Dodge Dakota was traveling eastbound on 1600 South. The driver of the Ford failed to stop at the stop sign and struck the Dodge broadside in the intersection.

The driver and a passenger in the Dodge were taken to Cache Valley Specialty Hospital, where the passenger later died. She has been identified as 52-year-old Ronda W. Alder of Preston, Idaho. The injuries to the driver were not life-threatening.

The driver of the Ford truck suffered minor injuries.

While the crash occurred on a county road, the Cache County Sheriff’s Office requested that Utah Highway Patrol handle the investigation.