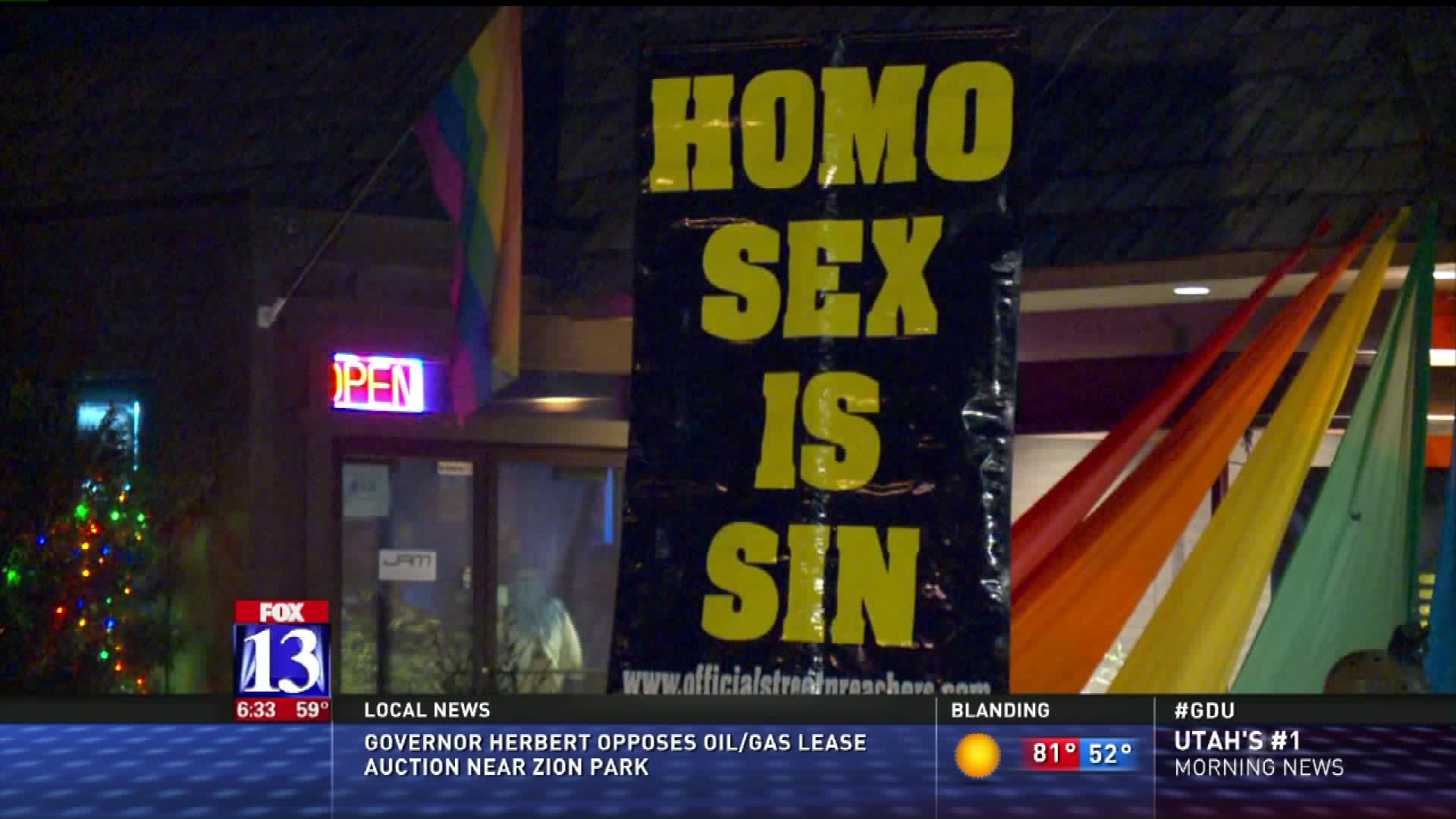 Police received several complaints of loud noises in the area of 750 north and 300 west around 11 p.m. Friday.

A group of protesters wearing T-shirts and carrying signs with slogans condemning homosexuality had gathered on the sidewalk near Club Jam.

They were chanting and yelling at patrons coming and going from the club, where many were celebrating Pride Week.

A witness said the exchanges got very heated.

"Some of them came out there and it looked like a tussle was going to ensue," said Shane Curtis who lives across the street, "and then like seven cop cars with red and blue lights rammed up and broke it up or else it probably would have gotten pretty physical."

Officers said the protesters had a right to be there and were cooperative as far as noise ordinances and traffic violations were concerned.

The protest lasted for about an hour after police arrived.