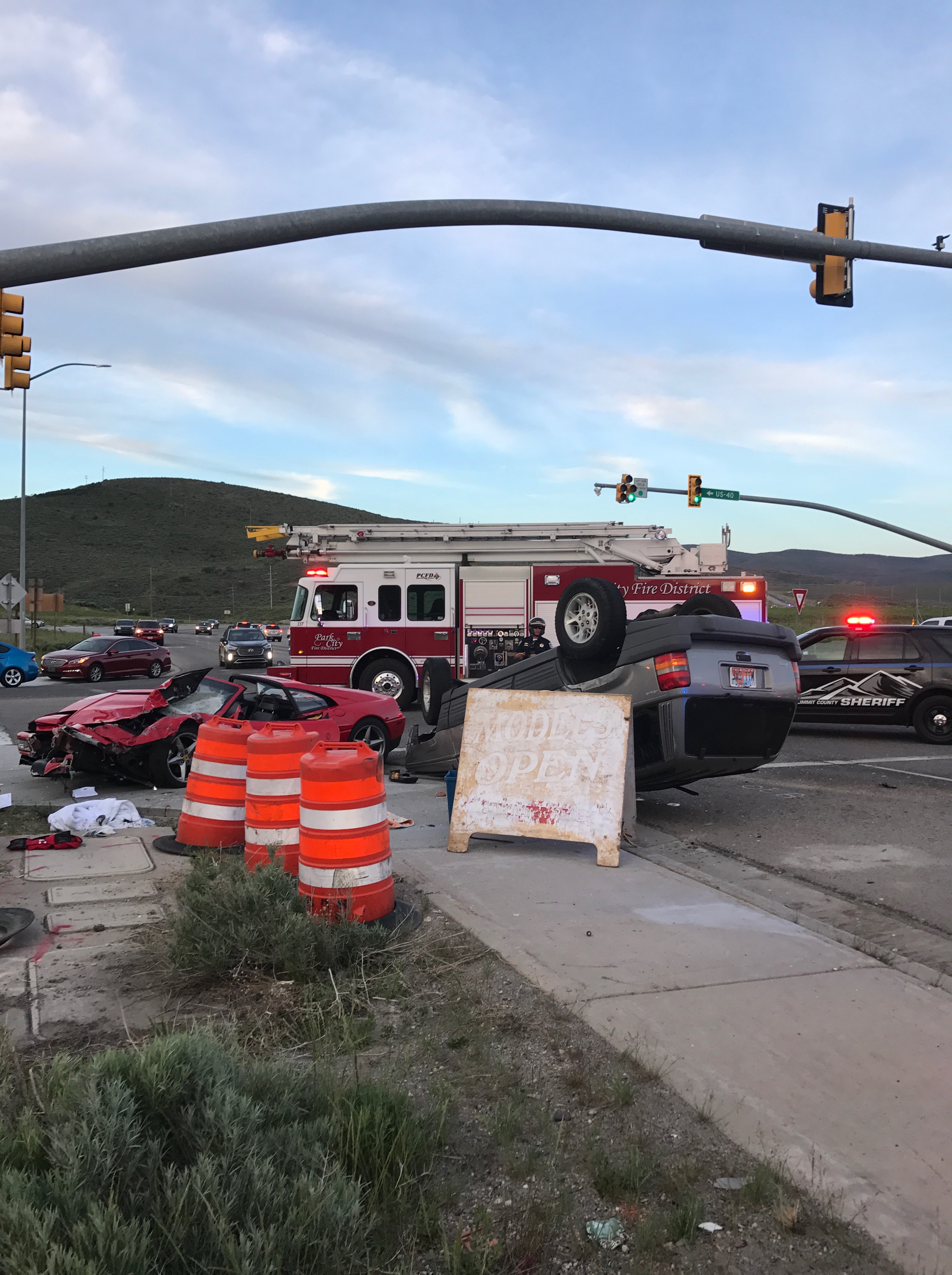 SUMMIT COUNTY, Utah — Two people were taken to hospitals Saturday after the driver of a Ferrari allegedly ran a red light and struck a Jeep head-on in Summit County.

Trooper Cameron Roden of the Utah Highway Patrol said the crash occurred at 8:17 p.m. Saturday at the intersection of State Route 248 and Highway 40.

The two vehicles collided head-on. The driver of the Ferrari was not restrained and was ejected during the crash. That individual was transported to a hospital in serious condition.

The Jeep rolled after the impact. The driver of that vehicle was taken to a hospital in fair condition.

Roden said it appears the driver of the Ferrari is at fault for the crash, and there are indications that individual was speeding and driving recklessly prior to the collision.