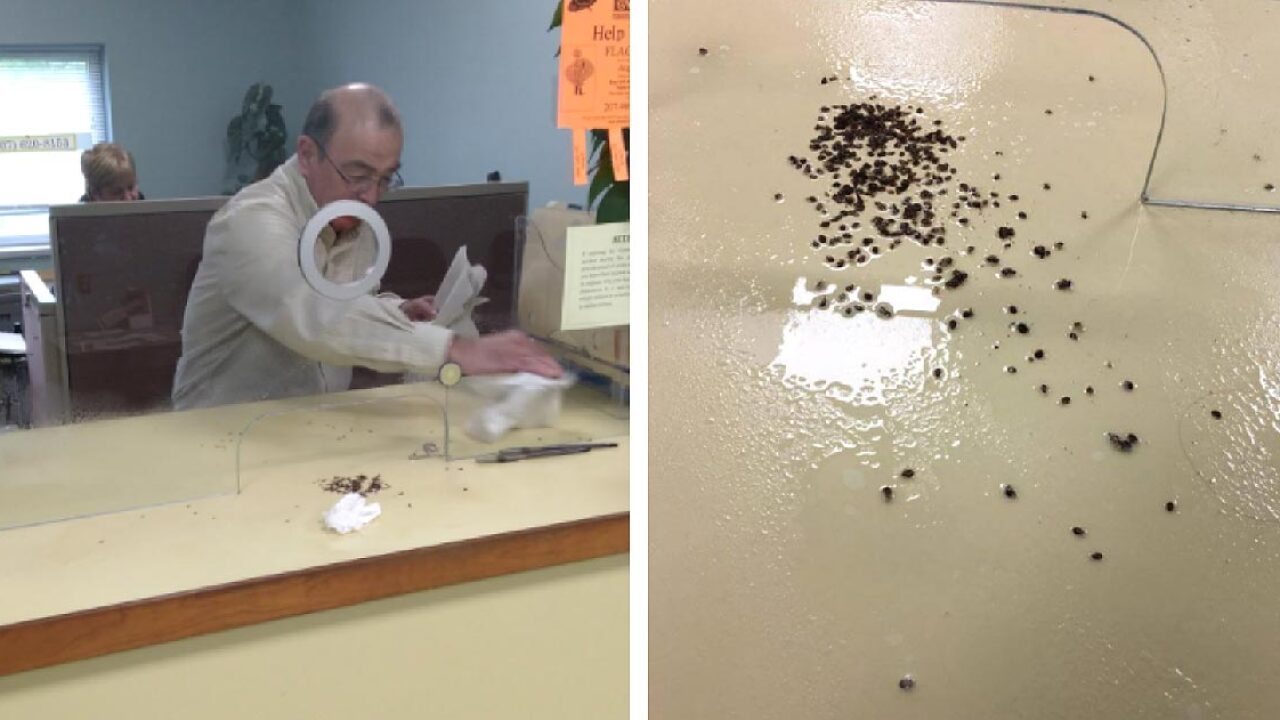 AUGUSTA, Maine -- A Maine man who was angry he didn't qualify for assistance slammed a cup of live bed bugs Friday on the counter of a local municipal office and released around 100 of the tiny pests, the Kennebec Journal reports.

The man went to the code enforcement office earlier Friday to complain about bed bugs at his former apartment before leaving and later returning after he showed the cup of the bugs to a manager at his new apartment and was told he couldn't live there.

When he returned to the Augusta City Center, he was told he did not qualify for assistance -- which made him angry.

"He whipped out a cup (full of live bedbugs) and slammed it on the counter, and bam, off they flew, maybe 100 of them," City Manager William Bridgeo told the newspaper.

Some of the bugs landed on an employee on the other side of the counter. The incident forced officials to close the city office for the rest of the day as exterminators were called in to kill the bugs.

It is not known if charges will be filed.

"They're your problem, now!" yells man as he dumps cup of bed bugs at Augusta city hall, forcing the building to shut down, employee says pic.twitter.com/PVQ9D5GGwp