SANDY, Utah - Authorities have recovered the body of 22-year-old Siaosi Brown, the man who fell into the Bell Canyon Creek late Sunday night.

A Utah Department of Public Safety helicopter found Brown's body in the lower falls of Bell Canyon at 8:30 a.m. Monday.

"Amazing family, oh my gosh, there's roughly, Sheriff Winder told me, about 100 family members down," Unified Police Lt. Brian Lohrke said. "They were out searching around this morning and they regathered and we were able to give them the notification. Just a strong amazing family and our hearts go out to them." 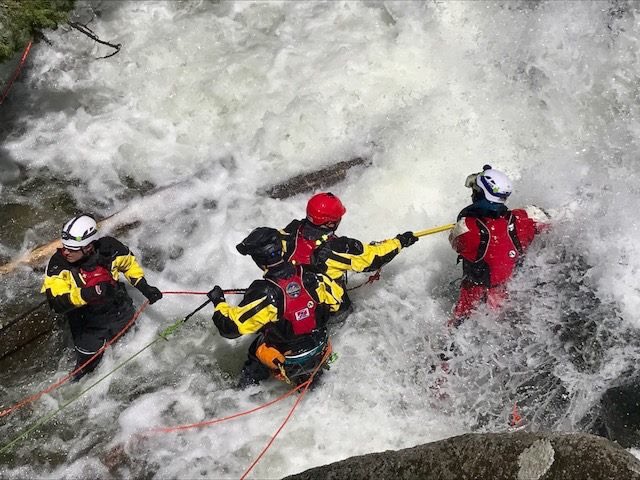 Lohrke said the man’s friends saw him go under the water without resurfacing at about 9 p.m. Sunday.

Sheriff Jim Winder said Brown's friends said he tried to jump the creek and fell in the rushing water.

One or two of his friends jumped in to try to save him but were unsuccessful.

They were able to get out of the water but Brown was not.

The incident occurred just below the first waterfall in Bell Canyon.

Experts have been warning Utahns in recent weeks that many waterways are running uncharacteristically high and fast due to snowmelt and runoff, and several people have drowned in various Utah rivers this Spring.

It's so hard to truly articulate the conditions our #SAR team members have endured. 📷: https://t.co/ywa24Cnxjz pic.twitter.com/Z3m3oSy0Pu

"Please use caution, please use this," Lt. Lohrke said. "We don't want Mr. Brown's death to be in vain. We want this to be a lesson to everybody. Be careful when you're on the trail. Be very prepared, know what you're going into and stay away from the water."

A memorial GoFundMe page has been set up to help for Brown.