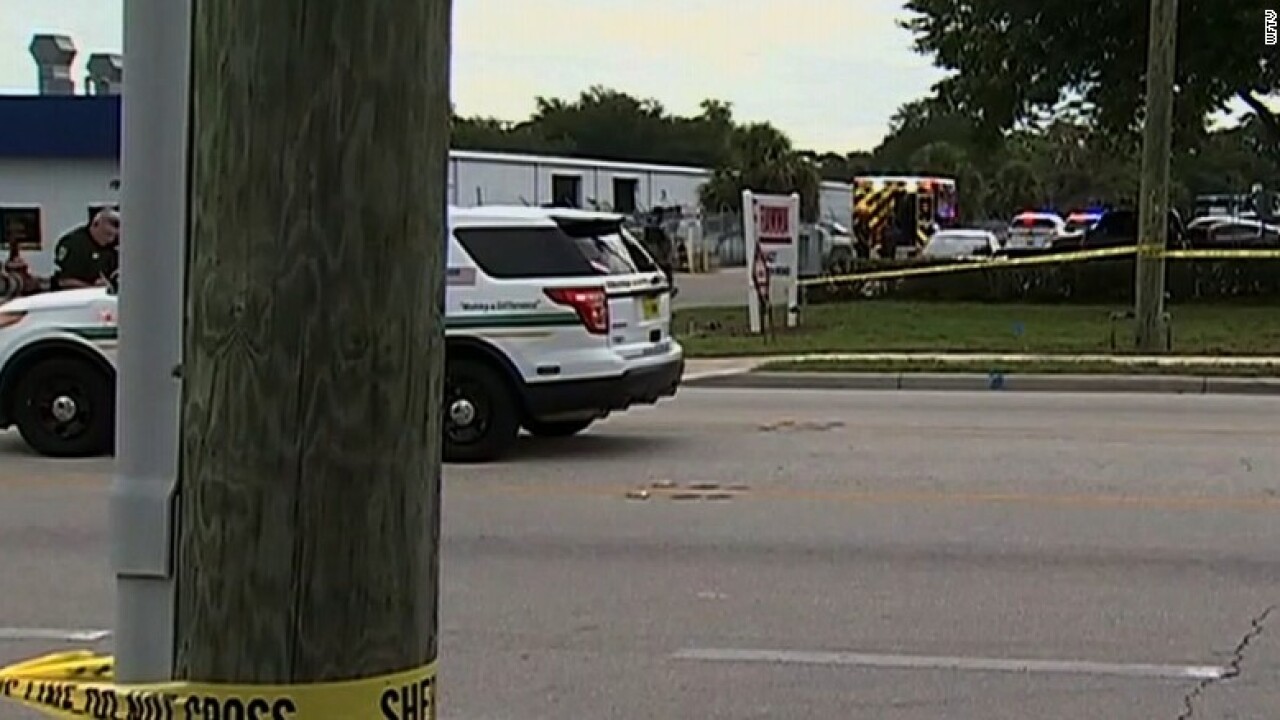 Please wait for video to load below.

ORLANDO, Fla. – Five people, including the shooter, are dead after a shooting at an Orlando, Florida business headquarters, CNN affiliate WFTV reports.

Police say there is no connection to terrorism. It appears to be a work-related incident, WFTV says.

Police reported earlier they were investigating a “multiple fatality” shooting, according to Capt. Angelo Nieves with the Orange County Sheriff’s Office.

The location is an industrial area in suburban Orlando, northeast of downtown.

Police officers are gathered in a parking lot outside several warehouses.

The shootings apparently occurred at Fiamma Inc., which makes awnings for campers and other recreational vehicles.

Shelley Adams told reporters she heard from her sister, who works at Fiamma and was in the restroom when she heard a noise. She came out and saw someone lying on the floor.

The FBI is assisting the sheriff’s office, a media relations spokesperson confirms to CNN. Orange County Mayor Teresa Jacobs and Sheriff Jerry Demings are also on the scene.

Almost a year ago, Orlando was the site of the nation’s worst terror attack since 9/11. On June 12, 2016, a gunman killed 49 people at the Pulse nightclub.

“Over the past year, the Orlando community has been challenged like never before,” Florida Gov. Rick Scott said in a statement Monday. “I will remain in contact with the Orlando law enforcement community throughout the day as more information is made available.”