SALT LAKE CITY -- A brush fire was affecting traffic on I-80 between Redwood Road and Wright Brothers Drive Wednesday night, and nearby businesses on the south side of I-80 were evacuated.

As of 8:25 p.m. Wednesday, fire officials said the blaze was burning on 15 acres. There are no reports of injuries, and no buildings are involved. Firefighters say operations at the airport are unaffected.

UDOT says the fire was affecting traffic in both directions on I-80, and the Salt Lake City Fire Department was asking people to avoid the area of 5600 West and westbound I-80.

Crews on the scene were evacuating businesses in the vicinity of the fire that are on the south side of the interstate.

Fire crews at the scene say they believe sparks from a train ignited several small grass fires in the area, leading to the larger blaze.

About 65 firefighters from multiple agencies responded to the fires, and some crews are expected to remain on-scene overnight to ensure everything is back to normal ahead of Thursday morning's commute. 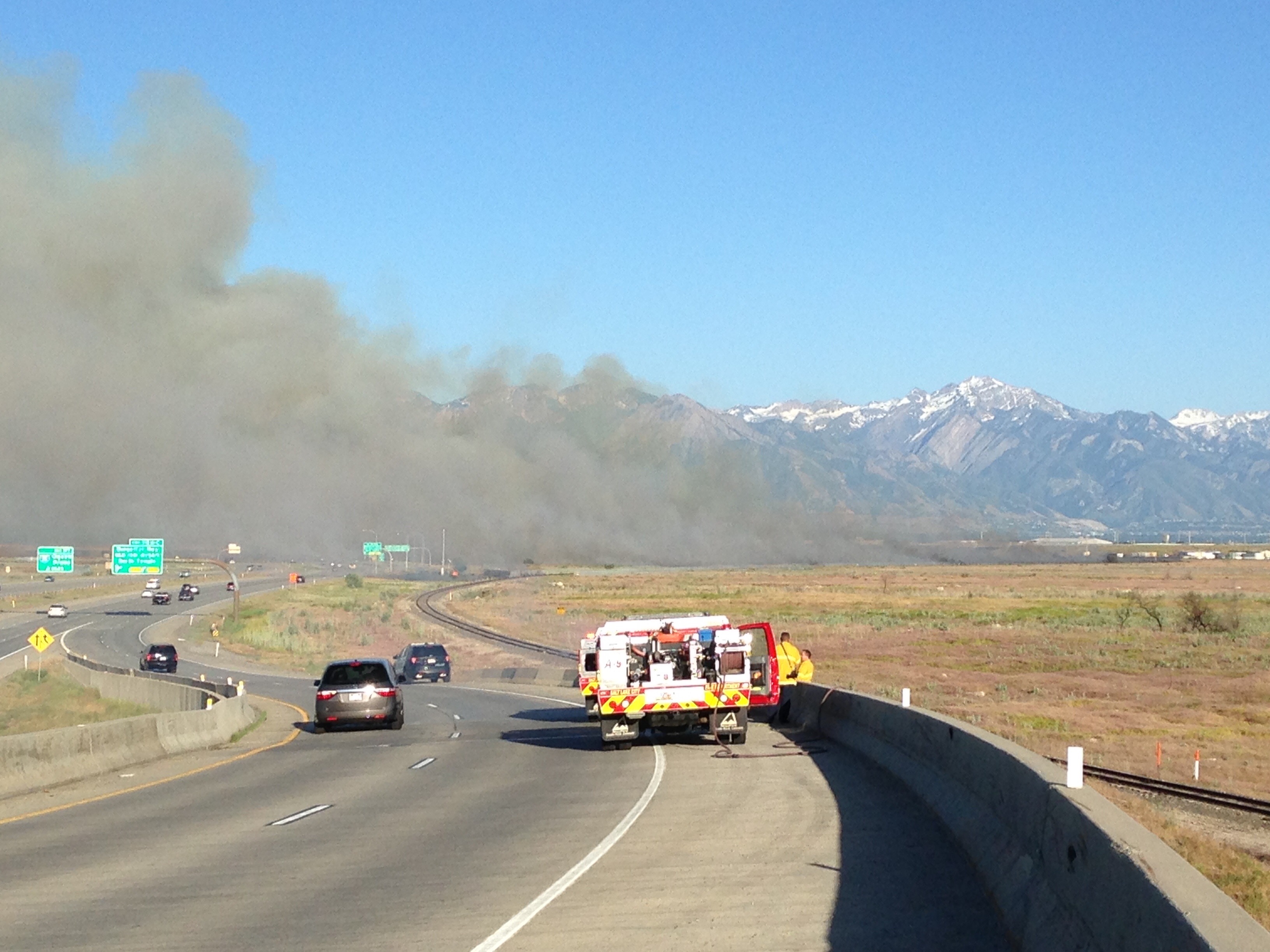