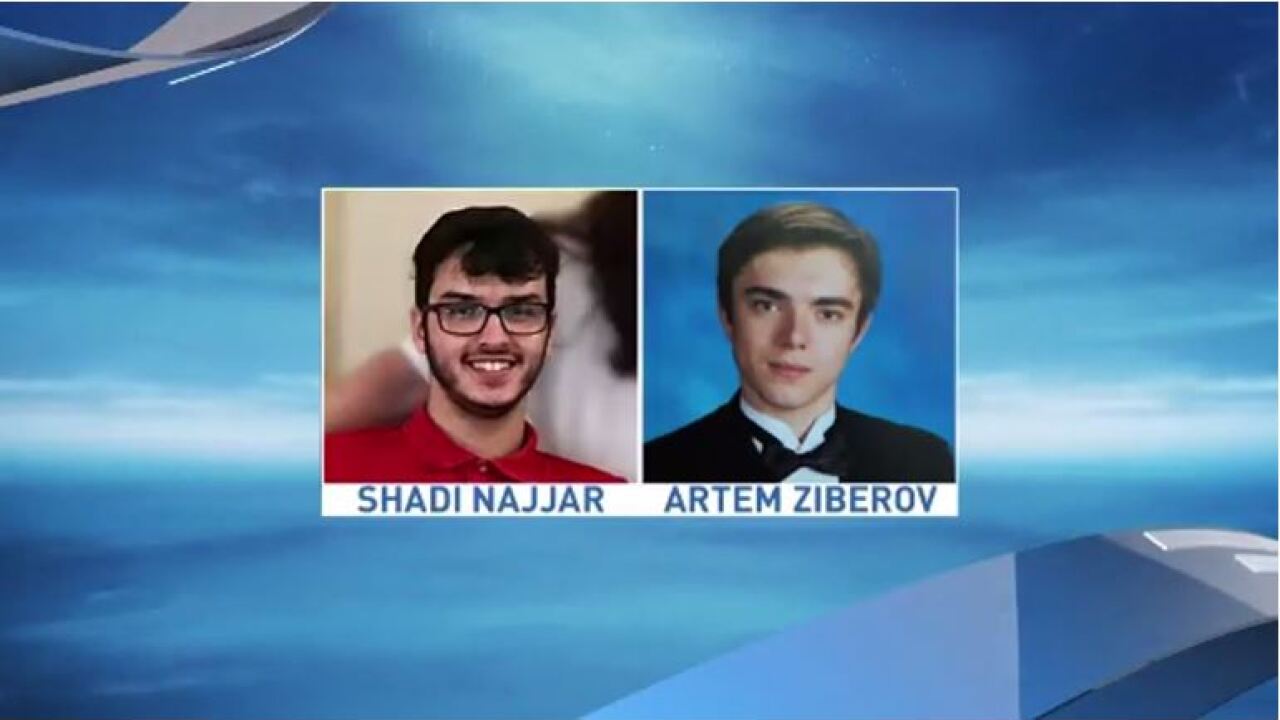 (CNN) — Two Maryland high school seniors were found shot dead in a car the night before their graduation.

Who killed them or why remains a mystery, according to police.

Artem Ziberov, 18, and Shadi Najjar, 17, were found late Monday in Shadi’s car, which was running when officers responded to a 911 call of shots fired, according to Montgomery County Police.

More than a dozen shots can be heard on a neighbor’s surveillance footage obtained by CNN affiliate WJLA.

“Why would somebody kill my boy, my beautiful boy … days before graduation,” Adi Najjar, Shadi’s father, told reporters.

Shadi told his dad they were going to try to sell extra graduation tickets, Najjar told the station.

Both young men lived about seven miles from where their bodies were found, and it is unknown why they would have been there, according to police.

“It sounded like a hammer on metal. It didn’t make any sense. Nobody should be doing that at 10:30,” David Cline, a resident in the cul-de-sac where they were found, told WJLA.

Police have called on members of the community to come forward with tips, police spokesman Capt. Paul Starks told CNN.

The teenagers were honor students and set to graduate with classmates the next day from Northwest High School in Germantown.

“For those of you who knew Artem and Shadi, we ask that you remember and celebrate them. They were both excellent students who had a positive impact on those around them, and they will be greatly missed,” Principal Jimmy D’Andrea said in a statement.

Police were offering a $10,000 cash reward for tips leading to an arrest, according to a Montgomery County press release.

“As a father, I need to know what happened to my son,” Najjar told the station. “Why would somebody shoot him? What did he do wrong? Why?”

The case has been ruled a double homicide by the local medical examiner, WJLA reported.