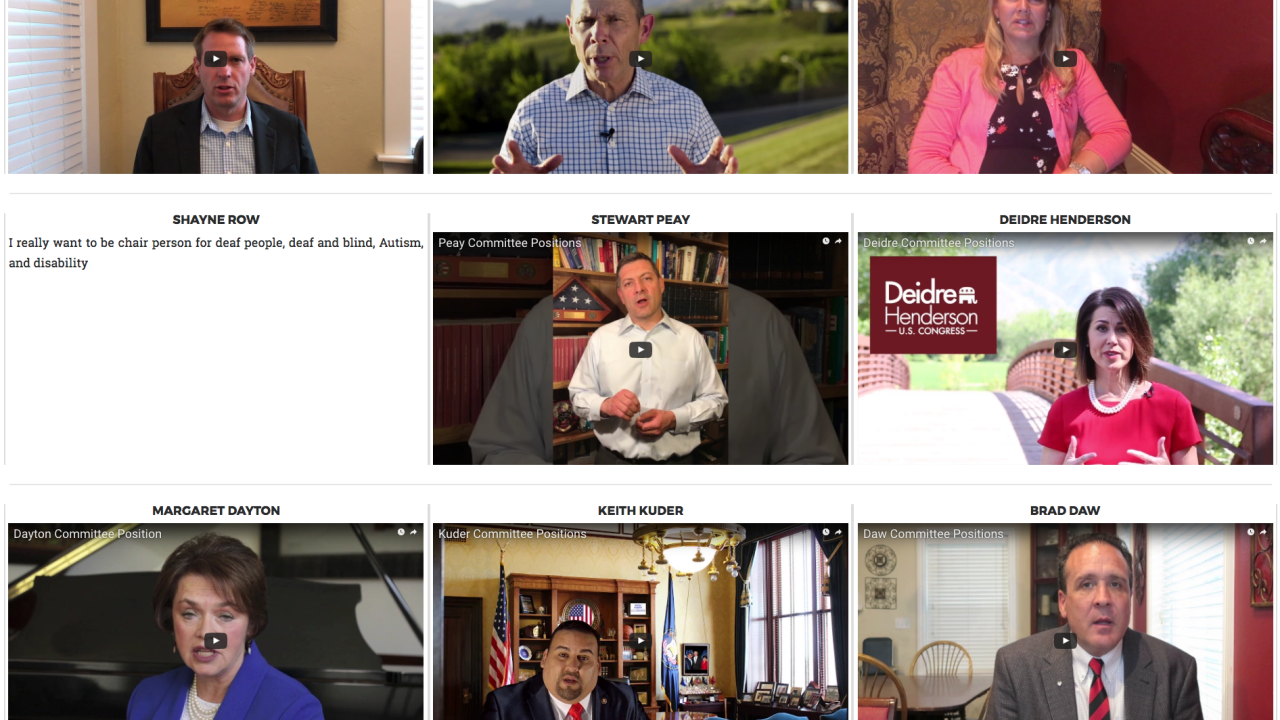 A screen grab of some of the candidates for the Republican nomination to Utah’s Third Congressional District.

While not a true debate, the party posted a series of videos online for 12 of its candidates to react to pre-submitted questions on issues ranging from the Affordable Care Act and Bears Ears to Net Neutrality and House committee positions.

In an email to party members, Utah GOP Chairman Rob Anderson said the online debate was a way to provide information to Third Congressional District delegates.

A screen grab of some of the candidates for the Republican nomination to Utah’s Third Congressional District.

“It’s our hope you will find this medium to be informative, convenient, and easy to navigate. One of our goals as the Utah Republican Party is to provide you with the resources you need to be informed,” he wrote.

There are 15 registered Republican candidates seeking to replace Congressman Chaffetz, who is resigning at the end of this month. The congressman is quitting just after winning re-election, citing a “bit of a mid-life crisis” and wanting to spend more time with his family.

The Utah GOP said three candidates have already withdrawn from the race, but the Utah Lt. Governor’s Office elections website did not reflect that. Altogether, 21 candidates have filed to campaign for the job. June 12 is the deadline for independent and write-in candidates to file to get in on the race.