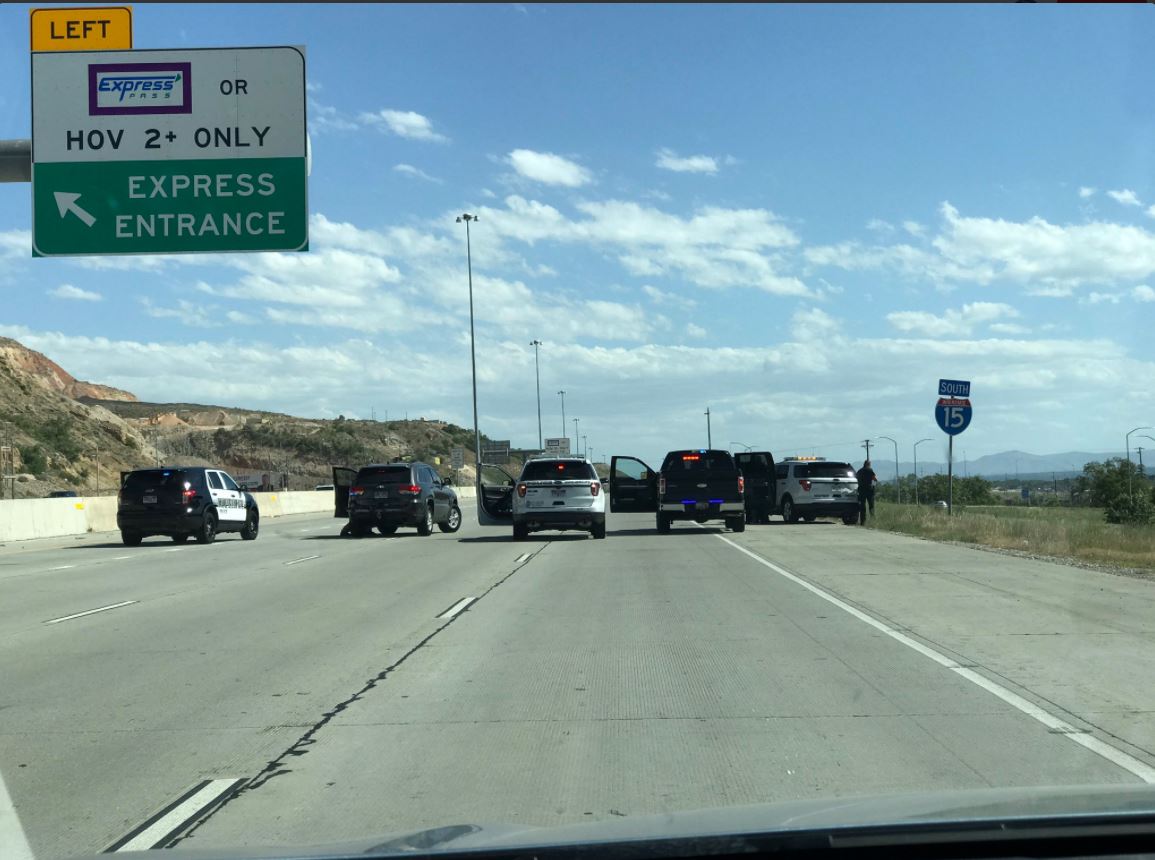 DAVIS COUNTY, Utah — A police response on southbound I-15 north of Salt Lake City slowed traffic Saturday, and troopers say it may have been a road rage incident with shots fired.

According to the Utah Highway Patrol, no one was injured in the incident. Fox 13 News first heard reports of lane closures on I-15 near mile marker 312 at 4:43 p.m.

Authorities say troopers stopped the suspect vehicle, and they said “there was possible road rage incident on I-15 in Davis County, with possible shots fired.”

Photos from a passerby showed several emergency vehicles at the scene and what appeared to be a suspect in custody.

Southbound lanes were closed briefly, and a lesser closure persisted for some time after the other lanes reopened.

No further details were available. Fox 13 News will update this story as more details emerge.