Time-lapse: UDOT removes pedestrian bridge over Bangerter for use elsewhere 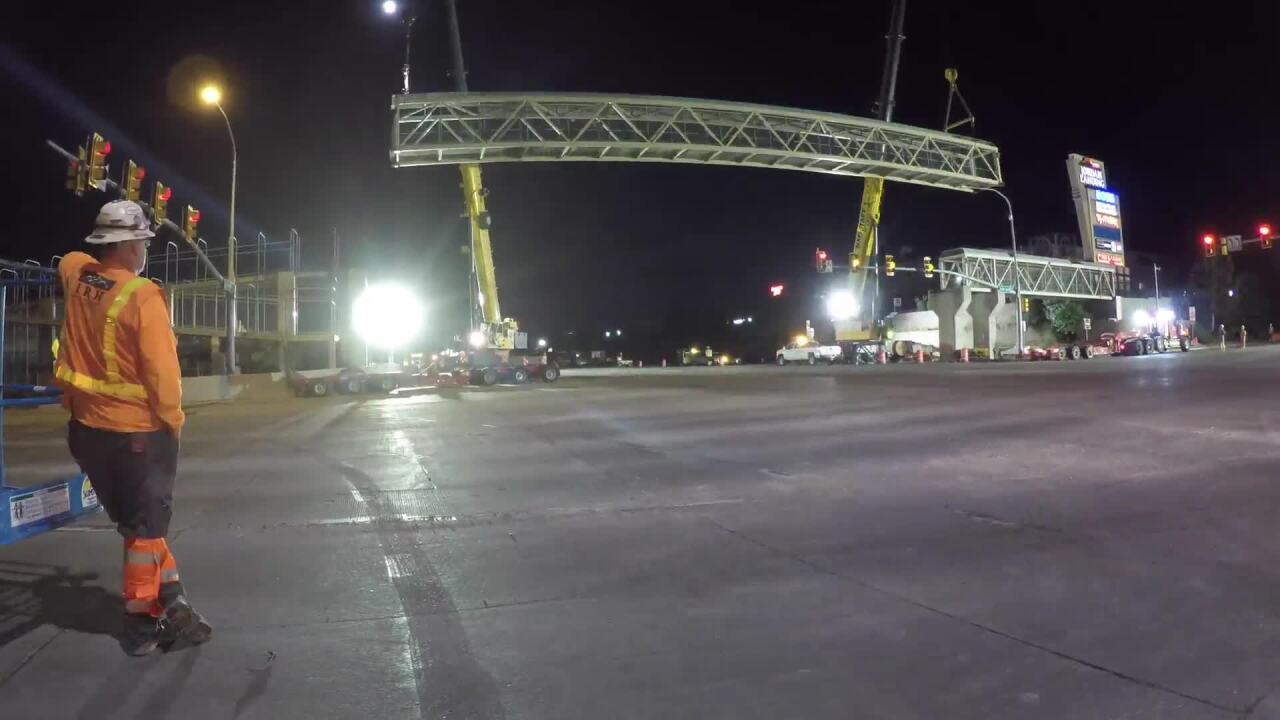 SALT LAKE COUNTY - A pedestrian walkway over Bangerter Highway near 7000 South was removed overnight, but the structure will live to bridge another gap.

The Utah Department of Transportation closed Bangerter Highway in both directions Saturday night as they used heavy machinery to remove the pedestrian bridge.

While it was no small under taking, you can watch the process unfold in just a matter of seconds in the time-lapse video above, which is courtesy UDOT.

The project was one of several expected to affect traffic in northern Utah this weekend.

The bridge will be saved for future use by Salt Lake County. It was removed to allow work to move forward on a new freeway-style interchange at 7000 South. It will be one of four such interchanges installed on Bangerter by late 2018, according to UDOT.