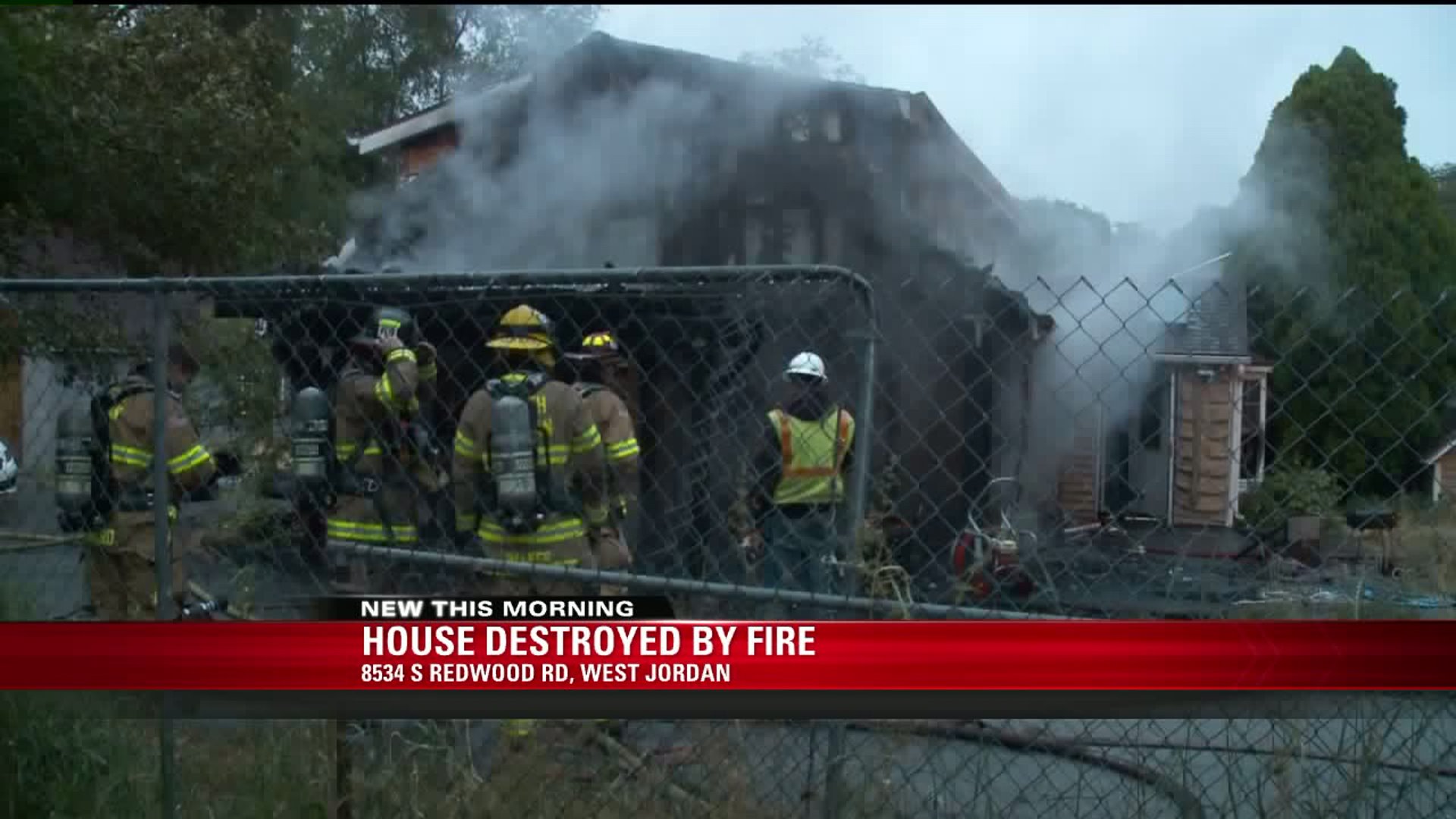 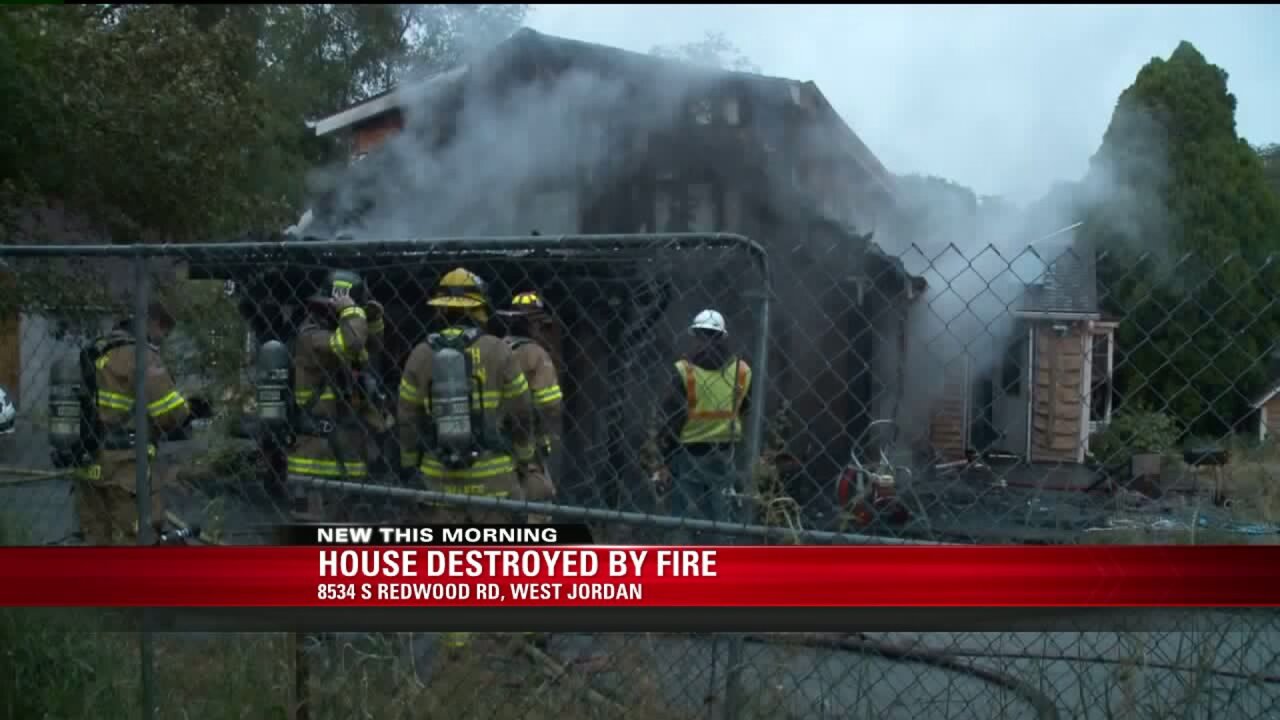 WEST JORDAN, Utah - Residents have a neighbor to thank for their safety after a fire at a West Jordan home overnight.

Officials said that neighbor saw flames and smoke pouring from the house at 5 a.m.

He called 911 and started banging on windows and doors to alert those inside.

He woke up a 19-year-old who then woke up his little brother and both escaped the fire without serious injuries.

Firefighters knocked down the flames and soon learned there was another issue.

A team from Questar took care of the gas line issue to ensure the safety of all nearby.

Fire investigators say, upon initial inspection, the home will be a total loss.

The good news is two siblings inside made it out alive.

No word yet as to what caused this fire.