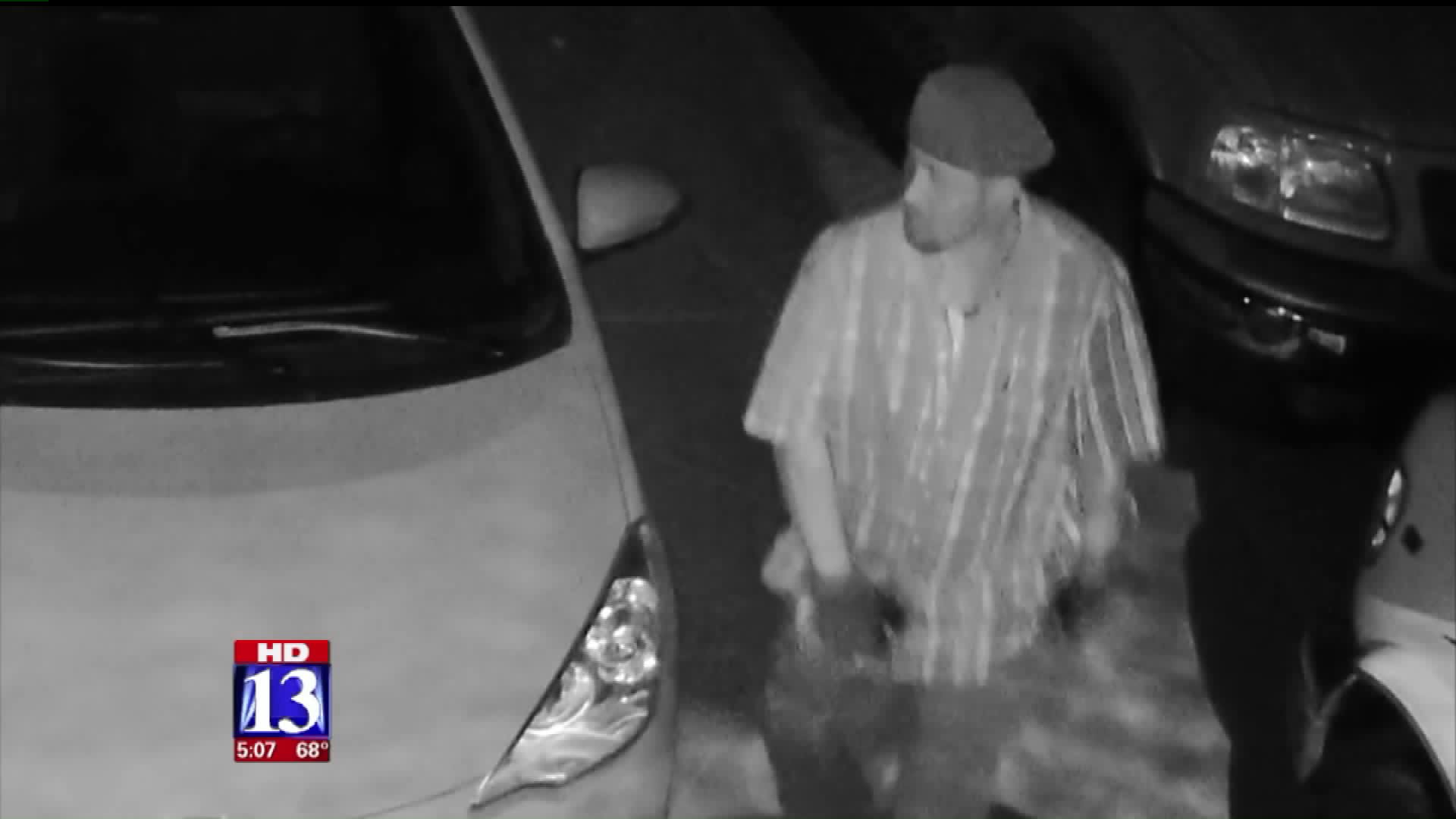 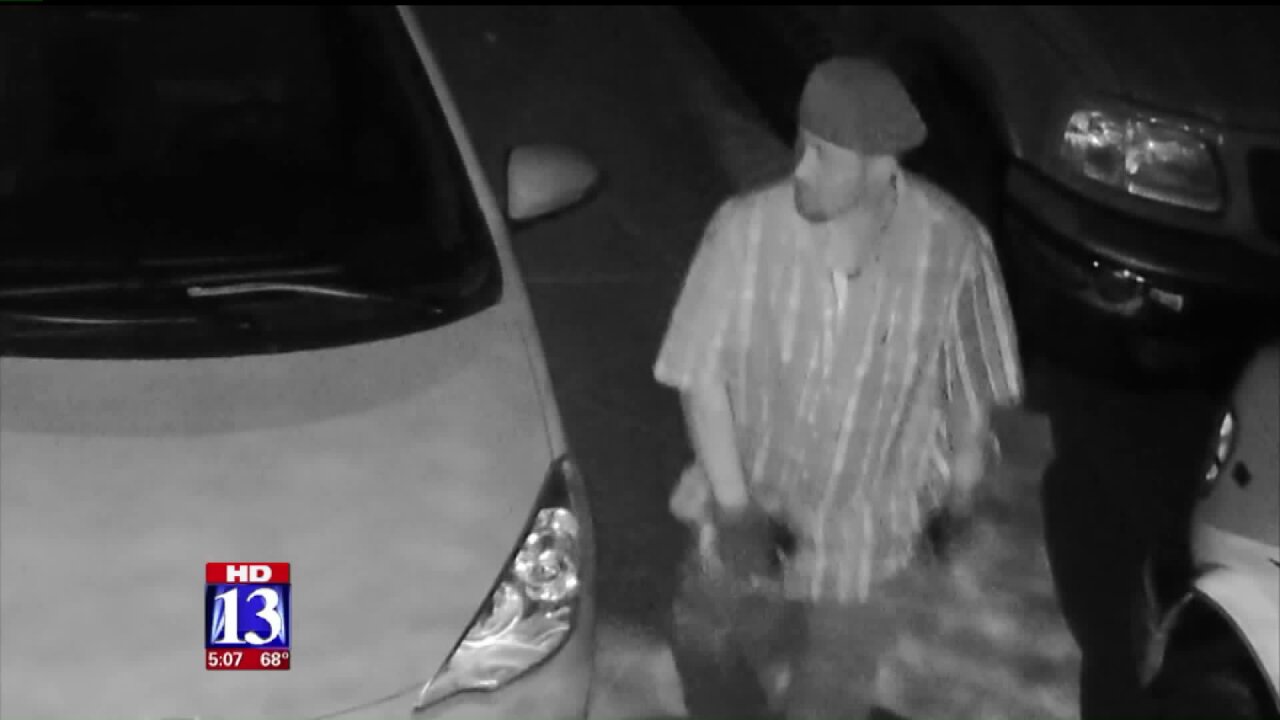 WEST JORDAN, Utah — Surveillance video captured a man breaking into a car in West Jordan and stealing art supplies that a sixth grade class was going to use for an end of the year project.

Kelly Wood runs a non-profit group called Sippy Cups and Chardonnay. She links moms and their kids with opportunities to serve the community. Wood had a mom who needed art supplies for her 6th grade class at Elk Meadows Elementary in South Jordan. She loaned her 12 easels, 30 canvases and paint. Wood also threw in 10 boxes of Girl Scout cookies she was trying to get rid of.

“In the morning she texted me and said 'I`m so sorry someone broke into my car last night.'," Wood said.

Surveillance video showed the culprit driving up to the victim’s driveway near 87th South and Redwood Road. In a span of five minutes, he breaks into an SUV, grabs bags out of the front and back seats and begins unloading the bags and easels from the car. He then loads them into his car. The victim reported it to West Jordan Police and Wood posted the video on Facebook.

Tips have been pouring in. Wood says people have reported several break ins in that neighborhood in the past couple of weeks.

“Two people have messaged me with names of who they believe that may be. I've forwarded them on to West Jordan Police," Wood said.