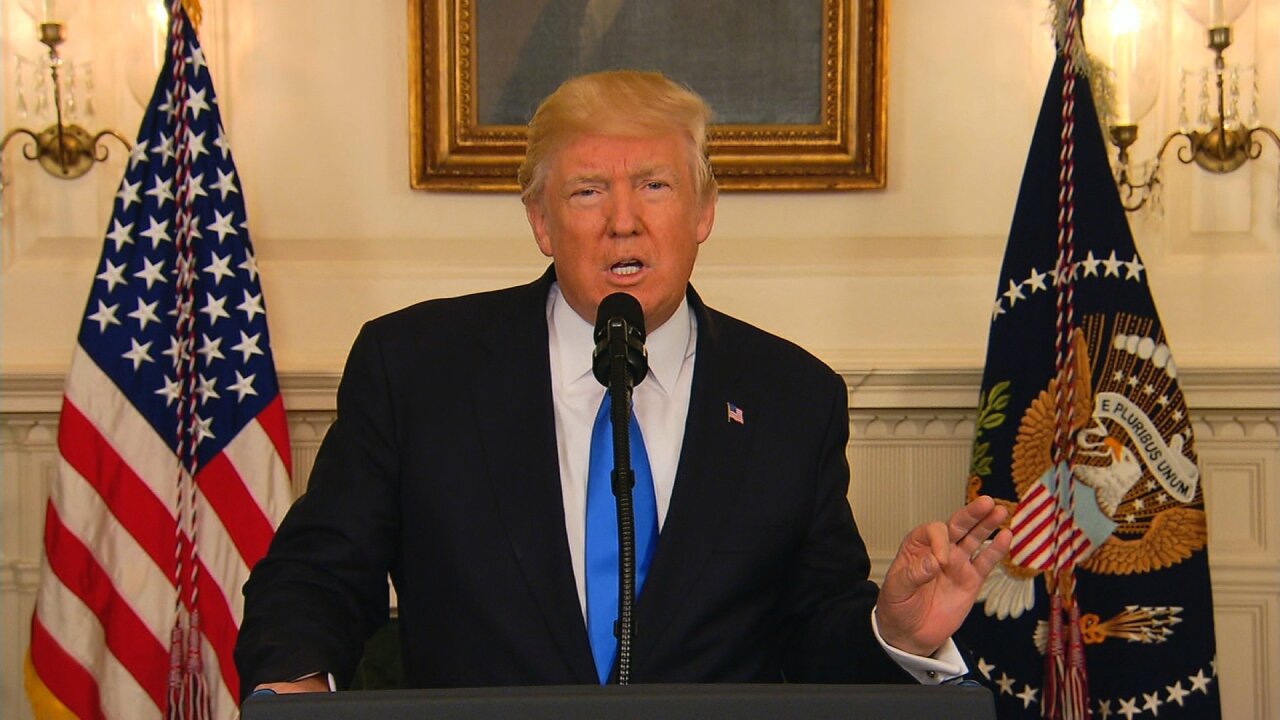 By Kevin Liptak and Jeff Zeleny

WASHINGTON (CNN) — President Donald Trump made an evening visit to the hospital where a critically wounded US congressman is receiving treatment Wednesday.

Accompanied by his wife, Trump arrived around sunset for the surprise visit to MedStar Washington Hospital Center. Rep. Steve Scalise, the number three House Republican, underwent surgery at the facility earlier Wednesday for wounds sustained in a shooting, which took place at a baseball practice just outside Washington on Wednesday morning.

The couple brought two large bouquets of white flowers for the injured lawmaker’s wife, as well as for Crystal Griner, a US Capitol Police officer also wounded in the gun attack.

Inside the facility, Trump sat next to Scalise’s bed and spoke with his family, according to White House press secretary Sean Spicer. He also spoke with Griner and her wife, as well as hospital doctors.

A senior administration official said the mood inside the hospital was somber during Trump’s visit, which came hours after Scalise emerged from surgery still in critical condition after suffering a single rifle shot to his hip.

The President and first lady remained inside the hospital for about twenty minutes before returning to the White House.

After Trump’s visit, MedStar said Scalise, a Republican from Louisiana, had suffered injuries to internal organs and fractured bones during the shooting. He was administered multiple units of blood transfusions and will require additional operations, hospital representatives said.

Trump brought with him to the hospital Dr. Ronny Jackson, the White House physician, who had visited the center earlier in the day to ascertain Scalise’s condition from doctors there.

In a subdued statement from the White House Wednesday morning, Trump called for unity across party lines after the shooting. He avoided issuing partisan blame for the attack, which was carried out by an assailant who had expressed anger at Trump’s election and support for Democratic candidates.

It’s the first major domestic incident that has prompted a response from Trump, who spoke straight into the camera during his brief statement from the Diplomatic Reception Room. During his remarks, Trump disclosed that the shooter had died, the first confirmation from any official of the death.

His appearance was shorter than his predecessor’s post-shooting statements, and did not contain political overtures, as President Barack Obama’s reactions often did. But Trump did strike a similar tone of solemnity, which has become rare during his public appearances until this point.

“Everyone on that field is a public servant — our courageous police, our congressional aides who work so tirelessly behind the scenes with enormous devotion, and our dedicated members of Congress who represent our people,” Trump said.

“We may have our differences, but we do well, in times like these, to remember that everyone who serves in our nation’s capital is here because, above all, they love our country.”