WARNING: The second photo in the gallery below shows the aftermath of the killing and may be upsetting to some viewers. Viewer discretion is advised. 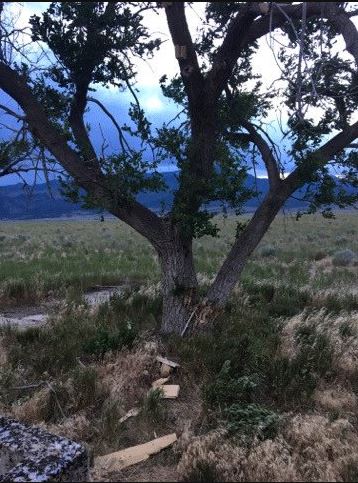 UTAH COUNTY, Utah — Wildlife officers are looking for the person responsible for the deaths of a kestrel and four chicks found shot to death inside their nesting box in the Eagle Mountain area.

According to a press release from the Utah Division of Wildlife Resources, a person checking the nesting boxes Monday night found that one of the boxes, “had been shot to pieces with a shotgun.”

The adult female kestrel and all four of her chicks were killed. A kestrel is a type of falcon most abundant in North America.

Officer Sean Spencer of the Utah DWR says that kestrels are not endangered, but like many birds they are a protected species under federal law.

There were fresh shotgun shells near the tree where the nesting box had rested, and the pieces were “riddled with shotgun pellet holes”, the press release states.

Evidence suggests the birds may have been shot on Friday, June 9.

The Utah DWR urges anyone with information about this illegal killing to contact the Utah Turn in a Poacher hotline at 800-662-3337. Emails can also be sent to turninapoacher@utah.gov

The release states that a reward may be available to anyone who provides information that leads to the arrest and successful prosecution of the person responsible for the killing.