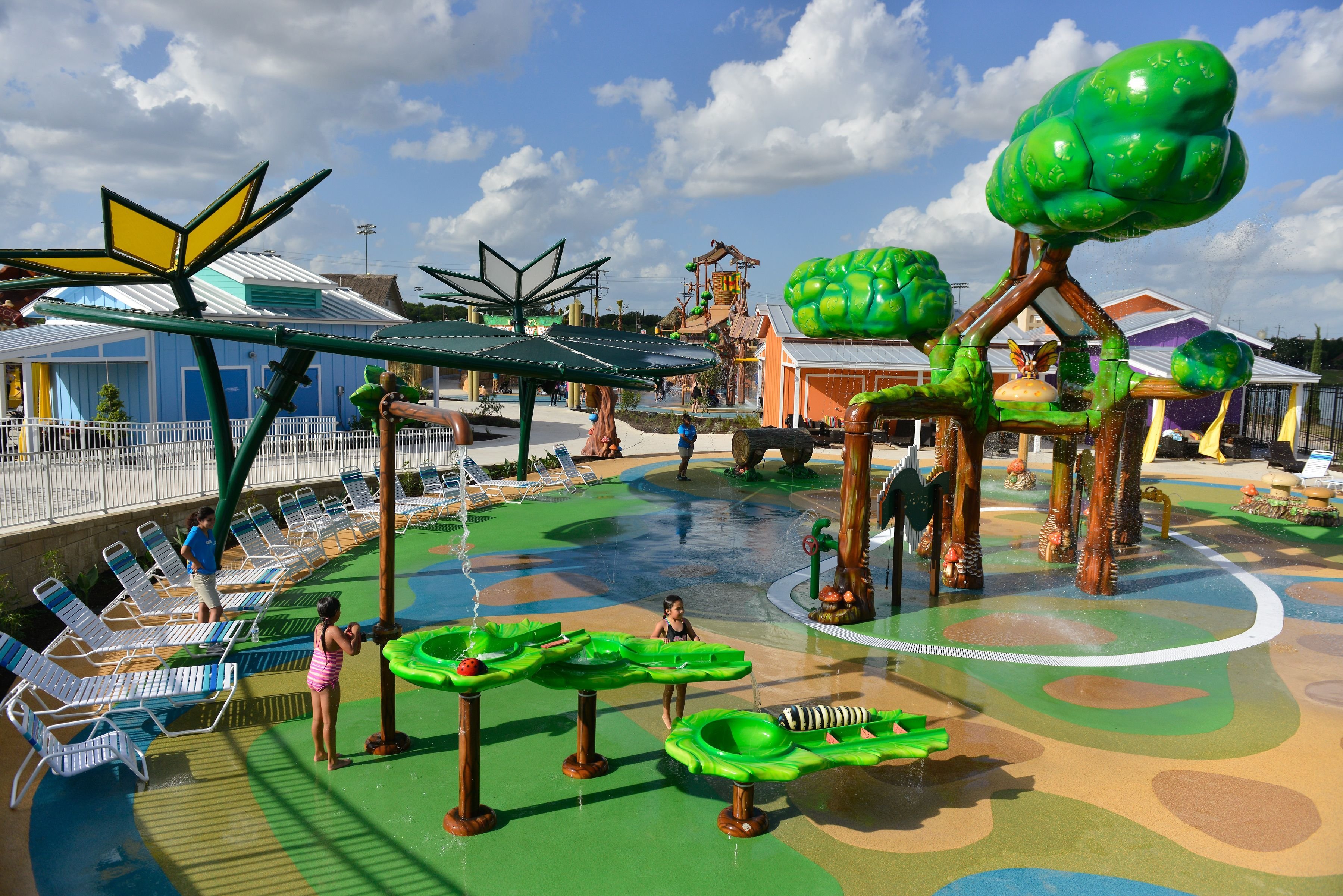 (CNN) — When the Morgan’s Inspiration Island water park opens in San Antonio on Saturday, visitors won’t find any wheelchair ramps at one of the park’s main attractions: the riverboat adventure.

Instead, the boats will rise to meet them, so guests with disabilities can avoid the trouble that often accompanies those with special needs at amusement parks.

That’s the idea behind the world’s first ultra-accessible water park, creator Gordon Hartman said. The main goal: inclusion for those with and without disabilities.

“Children and adults who have special needs are sometimes left out, not because they want to be but because sometimes things are not always adequate for them to use,” Hartman said.

That’s not the case at this $17 million tropical-themed park.

There are fast passes for those who have trouble waiting in line, private areas to transfer from one wheelchair to another, waterproof wristbands to help find those who tend to wander and quiet areas for those who may get overwhelmed by crowds.

The park even has a way to change the water temperature quickly for guests sensitive to cold water.

Working with the University of Pittsburgh, it has also developed a waterproof wheelchair that uses compressed air instead of batteries. It runs longer and weighs less, and guests with special needs can check them out for free.

Admission also is free for those with disabilities.

“It’s not about the rides,” Hartman said. “It’s about the culture and the feeling people have in the park.”

The idea behind it

“She wanted to experience activities and felt left out of opportunities,” he said.

So he opened the $35 million park in 2010. Three years later, a small area called Water Works inside Morgan’s Wonderland sparked an idea.

“What we’ve already seen is that it does work,” Hartman said. “We’ve had children of severe special needs playing alongside other children in a water environment.”

Hartman said his parks are built on input from the community. He said he consulted with doctors, parents and special-needs therapists.

Current park attendance is about 100,000 per year, but Hartman thinks the addition of the water park will double attendance.

“We’re a nonprofit,” Hartman said. “I don’t get a salary. No one within the park makes any more than six figures.”

‘It’s not about selling tickets’

A third of the employees at the water park have special needs. They’re stationed throughout the play areas to help answer questions and help guests feel more comfortable.

Hartman said he and his team considered all types of disabilities. Like in Morgan’s Wonderland, park attendance is always limited to half of capacity to ensure that no one gets overwhelmed.

“It’s not about selling tickets; it’s about offering a service,” Hartman said. “If it gets too crowded, many can’t sustain issues that start to become a problem.”

Though Hartman has no plans of franchising, he said he is always happy to help others work toward more adaptable parks.

“Our hope is that more of these kind of adaptions will occur in all parks,” he said. “Most parks open for 90% to enjoy. The other 10% can’t because of special needs. There’s no reason for parks to present opportunities and experiences for just 90% of population. ”

It takes only small adjustments to make a park more accessible, and these adjustments can give those with disabilities the opportunity to believe in more, he said.

That extra thought has been applied at other parks in Texas, Florida and Indiana and in other countries like Russia and Sweden.

Hartman said that although the work is exhausting, his desire to effect change keeps him going.

“It is the most fulfilling work I could ask for,” he said. “It’s better than making a dollar. This isn’t even work, this is something different. I don’t wake up for work feeling tired, I wake up wanting to get started.”