(CNN) —  The US Navy released the names Sunday of the seven sailors who died when the USS Fitzgerald collided with a merchant vessel on Saturday.

The US Navy said Saturday that “a number” of missing sailors on the USS Fitzgerald were found in flooded berthing compartments. After the guided-missile destroyer collided with a container ship on Friday, the Navy said seven sailors were missing. “The families are being notified and being provided the support they need during this difficult time. The names of the sailors will be released after all notifications are made,” the Navy’s 7th Fleet said in Saturday’s statement. 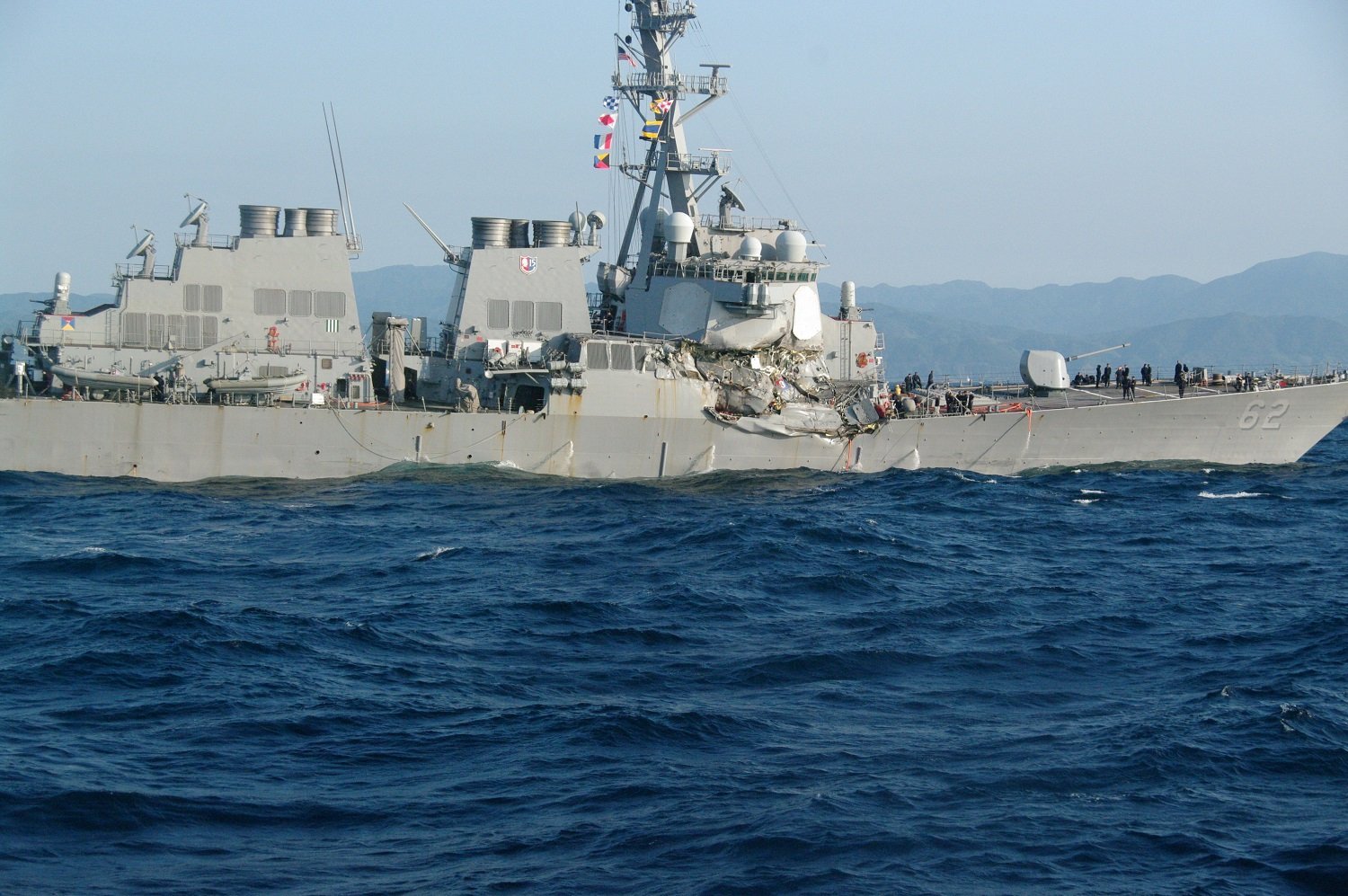 By Zachary Cohen and Barbara Starr

WASHINGTON (CNN) — Seven US sailors are missing and one has sustained a head injury after a US destroyer collided with a merchant ship about 56 nautical miles off the coast of Yokosuka, Japan, the Japanese coast guard has told CNN.

The USS Fitzgerald suffered damage to its starboard side above and below the waterline, resulting in some flooding, the Navy said.

A Navy official told CNN the destroyer is under its own power but has limited propulsion.

The vessel was taking on water after the incident, but the crew was working to stabilize the ship by pumping water out of the hold, a US Navy official told CNN.

The US Navy has not confirmed that any sailors are missing or injured to CNN.

The Navy did say a Japanese Coastguard helicopter was helping evacuate the injured, and Japanese state broadcaster NHK showed video of an apparently injured person being lifted aboard a coast guard helicopter from the ship.

The Japanese Coast Guard went on to say four of its vessels and one helicopter are assisting the US Naval destroyer with damage assessment and searching the area around the ship, working on the possibility that some of the missing may have fallen into the ocean.

The official said emergency procedures have been put in place and the ship is not in danger of sinking at this time.

The Japanese Coast Guard is on the scene and a US official said that US tugboats and other Navy assets, including aircraft, are on the way. The official said the merchant vessel involved in the collision is the ACX Crystal based out the Philippines.

The USS Fitzgerald requested the assistance from the Japanese Coast Guard after the collision occurred at approximately 2:30 am local time on Saturday.

The US Navy’s 7th Fleet twitter account says the Navy is working with the Japanese Coast Guard to conduct a medical evacuation of the injured. The extent of the injuries remains unclear.

The Fitzgerald is an Arleigh Burke-class guided-missile destroyer with a crew of approximately 330 sailors.

The ship completed $21 million in upgrades and repairs in February and is currently forward-deployed to Yokosuka, Japan, supporting security and stability in the Indo-Asia-Pacific region, the service said.

The White House is tracking the incident, an administration official told CNN.