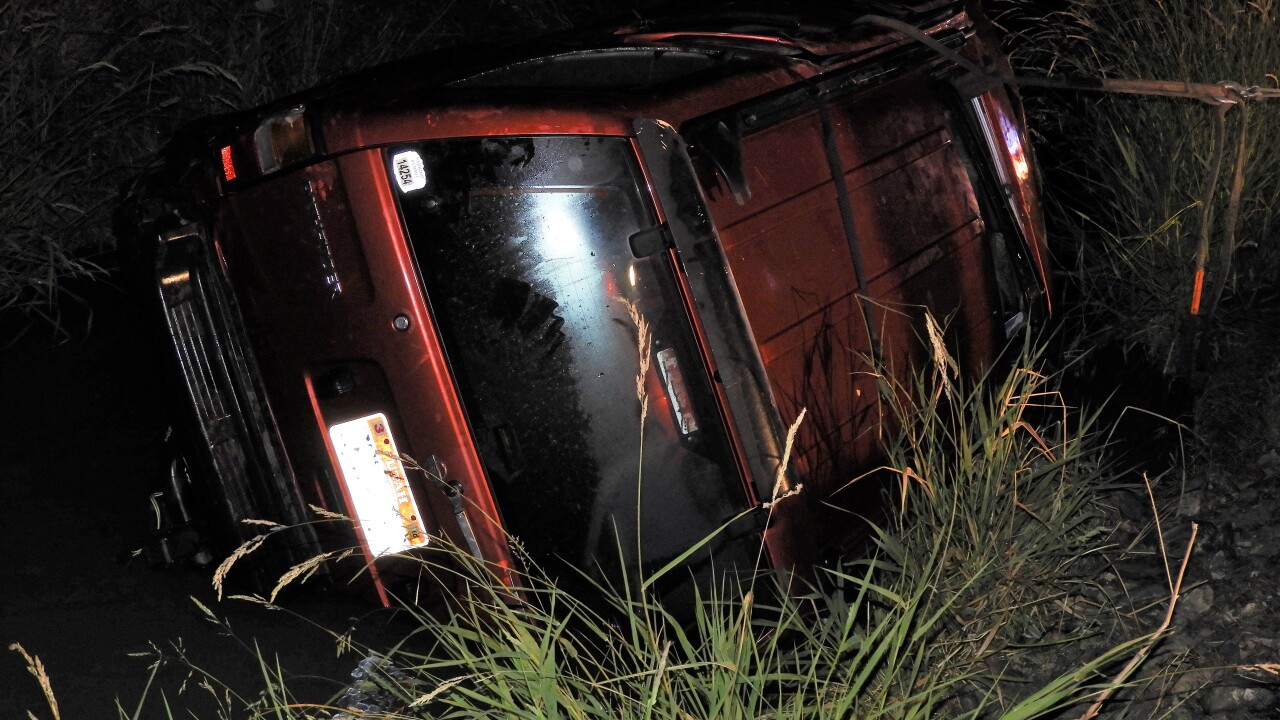 Authorities identified the victims as Jose Gabriel Esquivel, 40 of Garland; Adalynn Head, 37 of Tremonton; and Chris C. Martin, 40 of Willard.

The woman who survived is identified as Cherie Ann Collyer, 39 of Perry.

The Box Elder County Sheriff said deputies were called about a woman, Collyer, found sitting in the roadway.

She told authorities three other people were in the red 1997 Nissan Pathfinder when it rolled into the canal below.

Deputies said it appears two men and women were in the SUV going northbound on 6800 W.

Authorities said the SUV left the roadway, the driver over-corrected and it rolled into the canal on the west side of 6800 W. that parallels the highway near 8300 N.

All occupants were ejected from the SUV, deputies said.

Officials said no one was using a seat belt and alcohol was involved.

The bodies of the two men were found near the SUV and the body of the other woman was found downstream, more than a mile from the wreck.

The only survivor, Collyer, was flown to the hospital with unknown injuries.