UPDATE: As of Thursday night just before 9 p.m., the Brian Head Fire has grown to an estimated 17,294 acres and is 5 percent contained.

That total is up from the 11,000 acres reported earlier in the day, and containment has fallen from 15 to 5 percent.

Fox 13's Lauren Steinbrecher is in Panguitch, which is near the fire. See the video above for her live report.

GARFIELD  COUNTY, Utah - Authorities have closed Highway 143 from Panguitch to Parowan for the Brian Head fire.

Authorities estimated they have evacuated residents in about 400 cabins, but they weren't sure how many people were affected by the evacuation.

It has destroyed three cabins in the Panguitch Lake area along with two horse trailers and a pickup truck.

Fire crews said the command post is now threatened by the fire.

The fire made an eight-mile run to the northeast with the help of southwest winds overnight.

A Red Flag Warning is in effect for much of Utah Thursday.

Firefighters say the evacuations are "urgent" but were "issued with enough time and space for a calm and smooth exit."

Displaced residents are encouraged to contact the American Red Cross in Utah for assistance.

The fire has now burned onto Dixie National Forest lands as well.

The fire is believed to have been sparked by a weed torch. 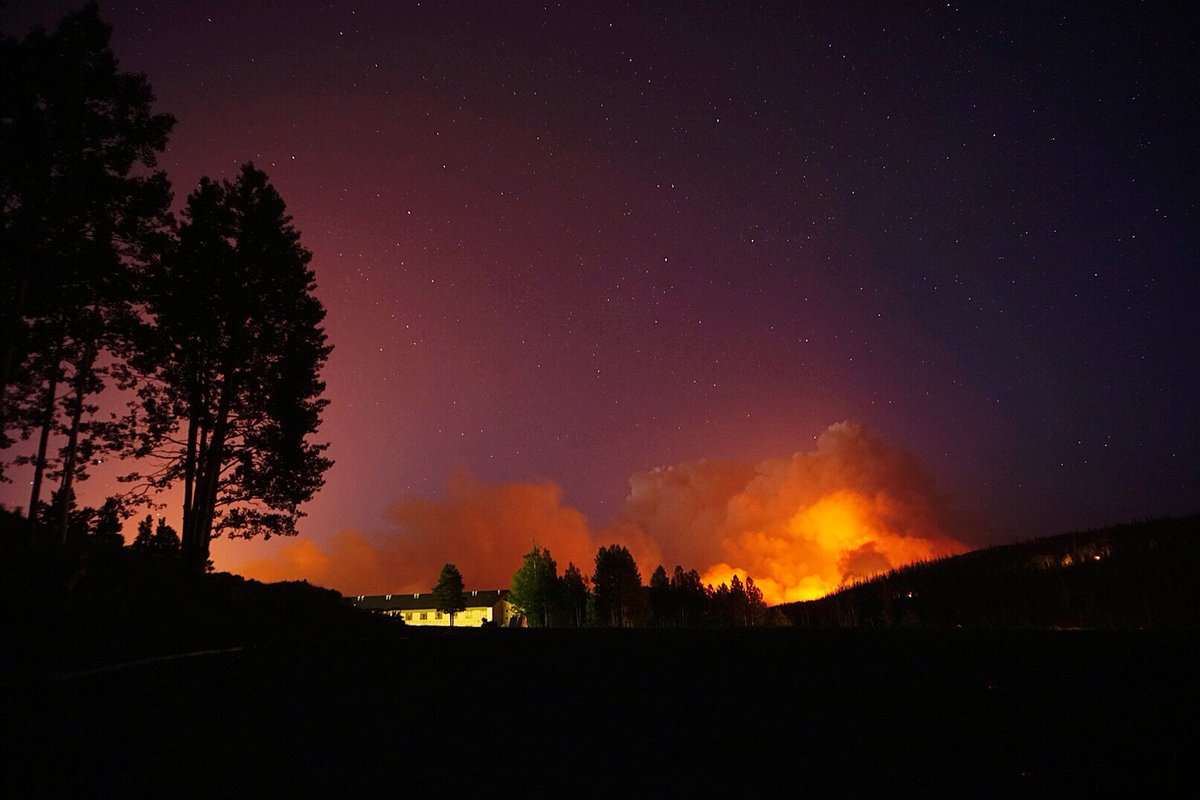