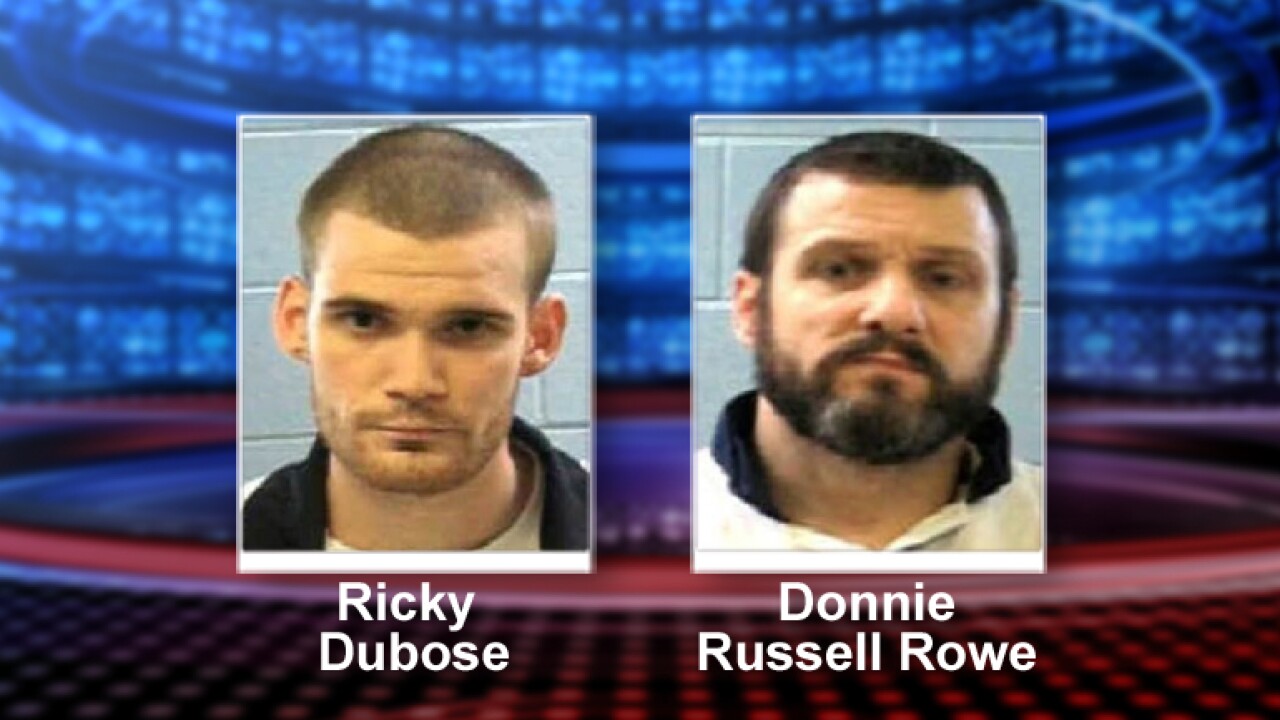 GEORGIA — A prosecutor says he’ll seek the death penalty against two Georgia inmates accused of killing two corrections officers this month during an escape from a prison bus.

Donnie Russell Rowe, 43, and Ricky Dubose, 24, wore handcuffs and leg shackles when they made their first court appearance Wednesday morning in Putnam County.

District Attorney Stephen Bradley said the inmates had returned to the state that morning from Tennessee, where they were captured. Bradley said he planned to seek the death penalty.

The judge ordered the pair held without bond and appointed a public defender.

Rowe and Dubose were on a state corrections bus with 31 other prisoners June 13 when the two somehow got out of what should have been a locked, gated rear section of the bus, police said.

The men entered the driver’s compartment, overpowered and disarmed Officers Christopher Monica, 42, and Curtis Billue, 58, while the bus was on State Route 16 between Eatonton and Sparta, police said.

At least one of the escapees shot and killed the officers, authorities said.

The two men went on the run for 60 hours, during which time they allegedly stole five vehicles, robbed two homes, tied up and terrorized an elderly couple and led police on a chase where speeds reached 100 mph, authorities said.

Dubose and Rowe were taken into custody last Thursday in central Tennessee. Authorities said a homeowner saw the inmates trying to steal his vehicle and called his neighbor. After arming themselves, the men confronted the fugitives and held them at gunpoint, authorities said.

Rowe was serving a sentence of up to life in prison for armed robbery and aggravated assault in a 2001 case.

Dubose was sentenced in 2014 to up to 20 years for armed robbery, aggravated assault and theft. He also was convicted of theft and identity fraud in 2010.

By Ralph Ellis and Steve Almasy. CNN’s Tina Burnside contributed to this report.