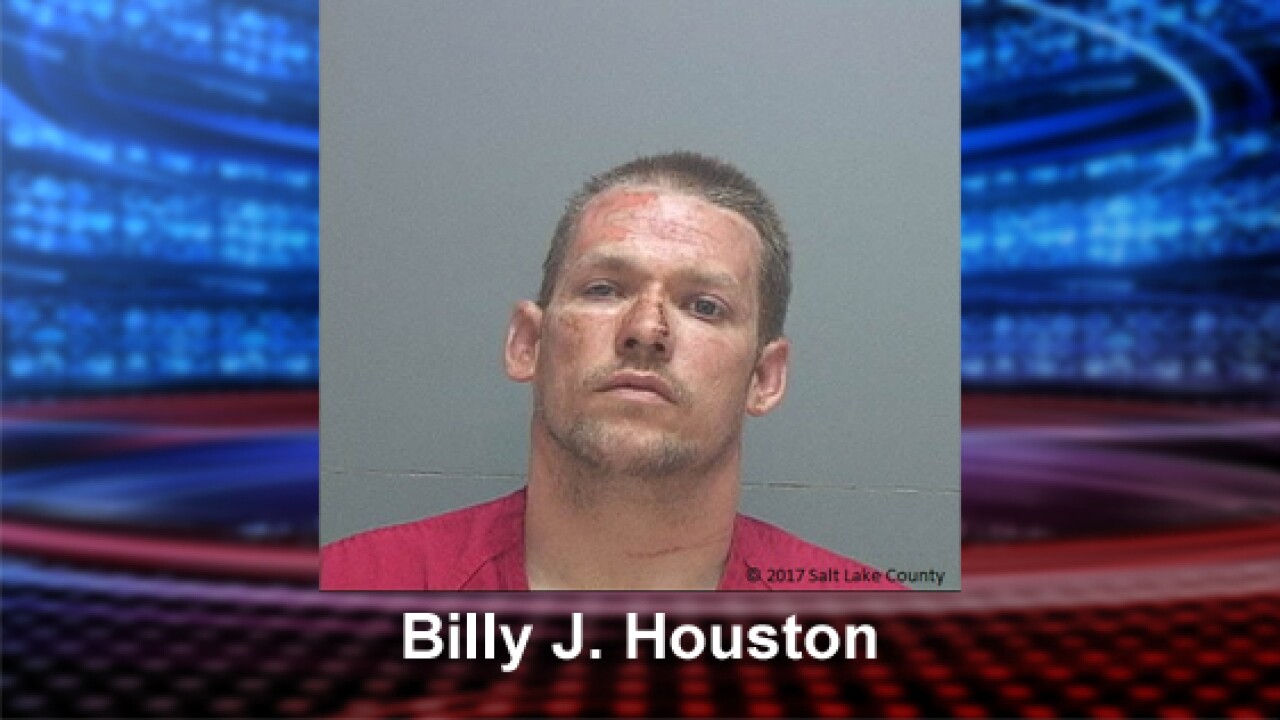 TAYLORSVILLE, Utah — A man who was treated for burn injuries after an apartment fire in Taylorsville early Tuesday morning  confessed that he intentionally caused the fire, according to a probable cause statement released Thursday.

Firefighters and police arrived at the scene shortly after 5:15 Tuesday morning, and Houston was reported to be waiting outside the apartment complex.

Houston had burns on his hands and face, the statement said, and he was taken to the University of Utah Hospital for treatment.

On the way to the hospital, Houston allegedly told a paramedic “he [himself] caused the fire,” the statement said.

Upon arrival at the hospital, a fire investigator read Houston his Miranda rights, which Houston acknowledged, and Houston agreed to make a statement,” the probable cause statement said.

“Post Miranda, he stated to [a fire investigator] that he had broken the natural gas line in the apartment and intentionally caused the fire,” the statement said.

Everyone living in the apartment building was displaced as a result of the fire.

Houston was treated for his injuries at the Salt Lake County Adult Detention Facility and booked into jail without incident, the statement said.