BRIAN HEAD, Utah - The Brian Head Fire has grown to 33,000 acres Friday, and the incident command center near Panguitch Lake was evacuated as the fire shifted Friday night.

Fire officials stated just before 8 p.m. the fire is now burning on 33,000 acres and is 5 % contained. At least 800 fire personnel had responded as of Friday.

An informational graphic from the National Weather Service shows an approximation of the fire's outline.

Fox 13's Lauren Steinbrecher reports that the incident command center, which was at a church and general store near Panguitch Lake, has been evacuated and is being relocated about 3 miles east to Bear Paw.

The evacuation came after a sudden shift in the fire around 5:40 p.m.

The fire has also reached Highway 143, and motorists are being detoured off the highway and onto a dirt road.

Officials say a Type 1 Incident Management Team is being ordered to the fire, and the existing Type 2 team will remain in place.

The fire is believed to have grown beyond the 28,000 acres reported earlier Friday, but official estimates on the size will not likely be released until later Friday evening. The last estimate put containment at 5 percent.

Authorities said the fire is only 5 percent contained, down from the previous 15 percent.

Fire officials said it is hard for them to make major progress on the burn without putting crews in "extremely unsafe conditions."

The weather is against the firefighters again Friday with 55 mph wind gusts and hot temperatures.

A Red Flag Warning is in effect Friday and is expected for Saturday as well.

Thursday night the winds shifted to a northerly flow, causing the fire to descend into Clear Creek Canyon and to move south in the easternmost corner, near Rainbow Meadows.

Children and the elderly are particularly susceptible. 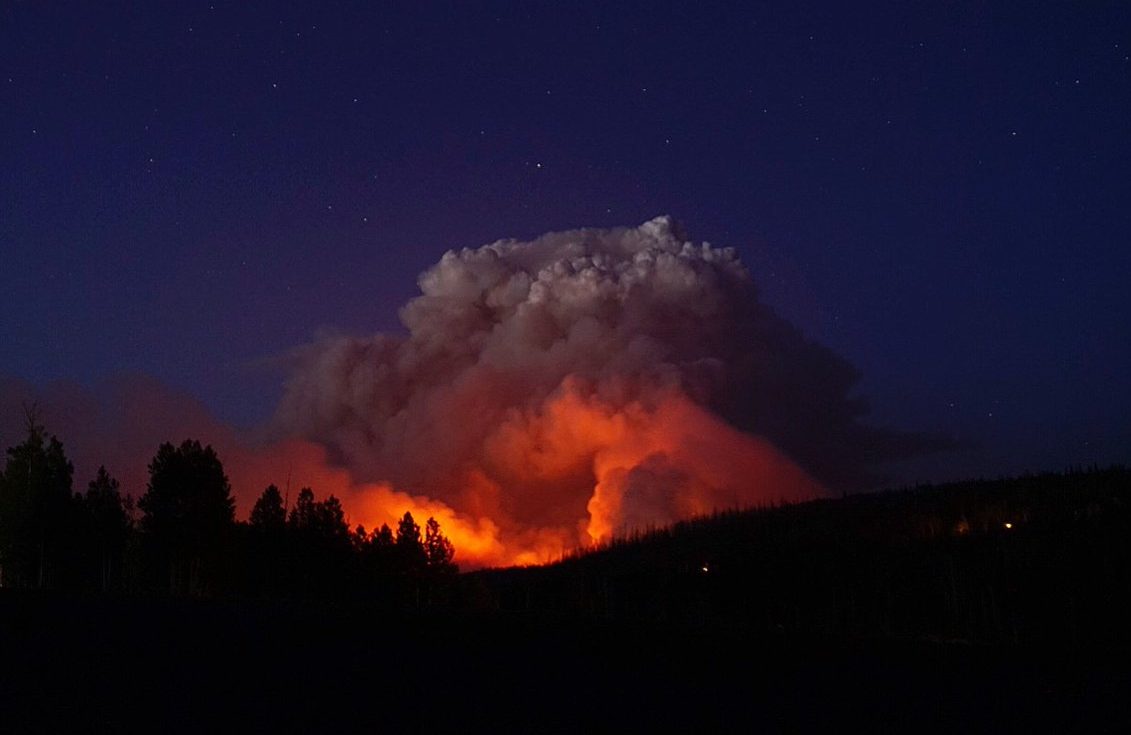