SOUTHERN UTAH - The Brian Head Fire has expanded to 42,800 acres as it continues to burn through dry brush and forest in Iron and Garfield counties, and as of Sunday night the fire is 10% contained.

Sunday night's update listed the acreage at 42,800, which was the same acreage reported in the morning update. Containment has grown from 8 to 10 percent Sunday.

Officials say they have concerns about Monday's weather forecast, stating that winds of 10-15 mph and gusts of up to 25 mph will combine with above-normal temperatures to create "Red Flag conditions." Hot, dry and breezy conditions are expected through Monday and into Thursday, with wind speeds decreasing by the weekend.

The latest update from officials sates that 1,140 personnel are fighting the fire along with resources that include 41 engines, 29 crews and nearly a dozen helicopters.

The cause of the fire is listed as "human" in updates from firefighters. Gov. Gary Herbert stated earlier in the week that experts determined a weed torch sparked the fire.

Highway 143 is closed from the cemetery in Parowan to milepost 50 outside of Panguitch. Mammoth Creek Road is closed at the junction of Highway 143. The Dixie National Forest has expanded its area closure though Cedar Breaks National Monument remains open, with access via Highway 14.

Multiple spot fires were reported on the south side of Highway 143 near Mammoth Creek and Prince Mountain yesterday afternoon when the winds spread embers across the highway. Firefighters quickly responded  continued work on containment of these spot fires throughout the night.

Monday, a Type 1 Incident Management Team will assume control of the eastern half of the fire. The Type 2 Team will remain in Parowan while they both will work together to protect the values at risk and coordinate the full suppression of the fire.

You can view a smoke forecast from NOAA, here.

The city of Panguitch, which is a few miles away from the fire, has still not been evacuated. 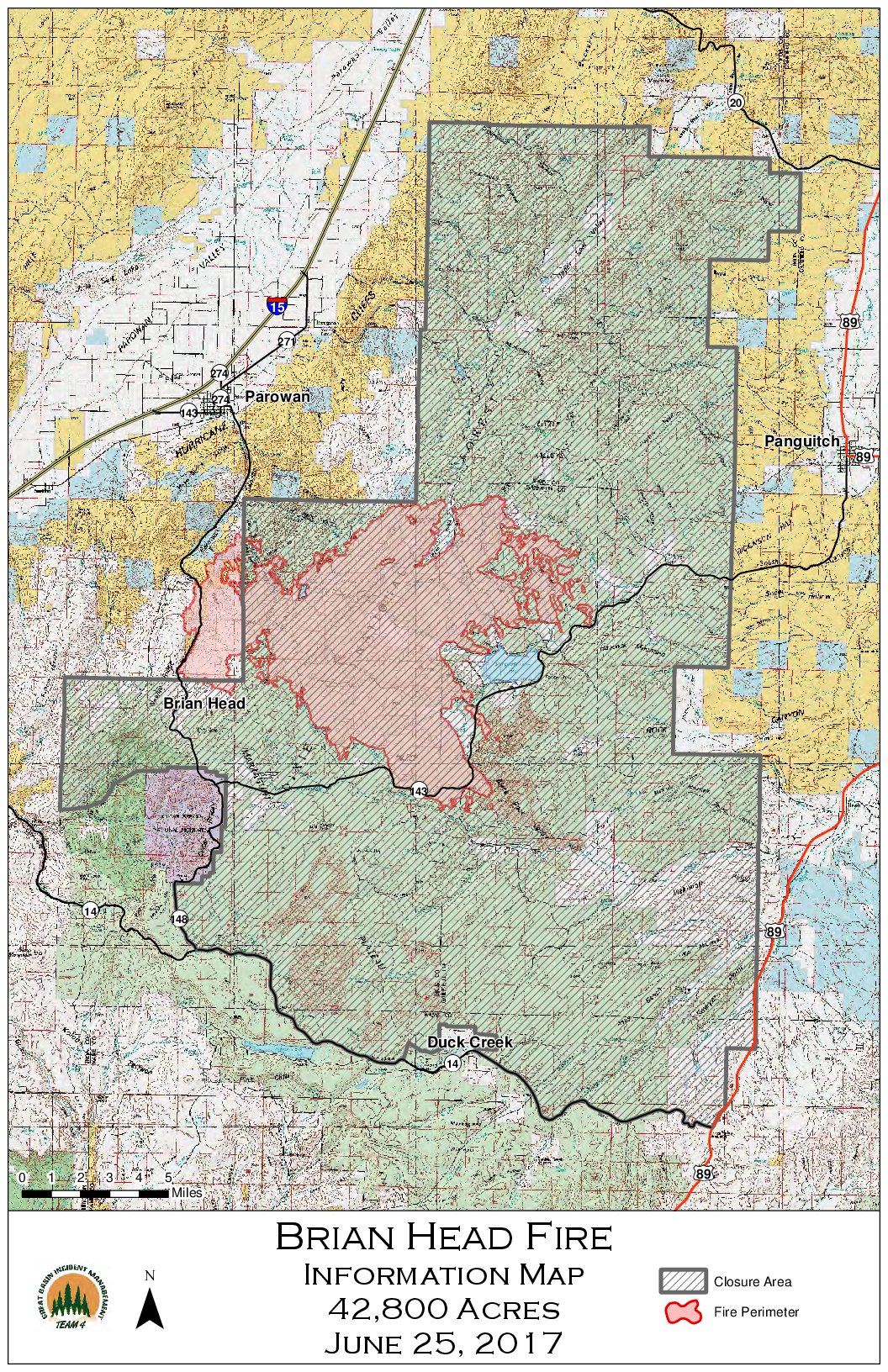