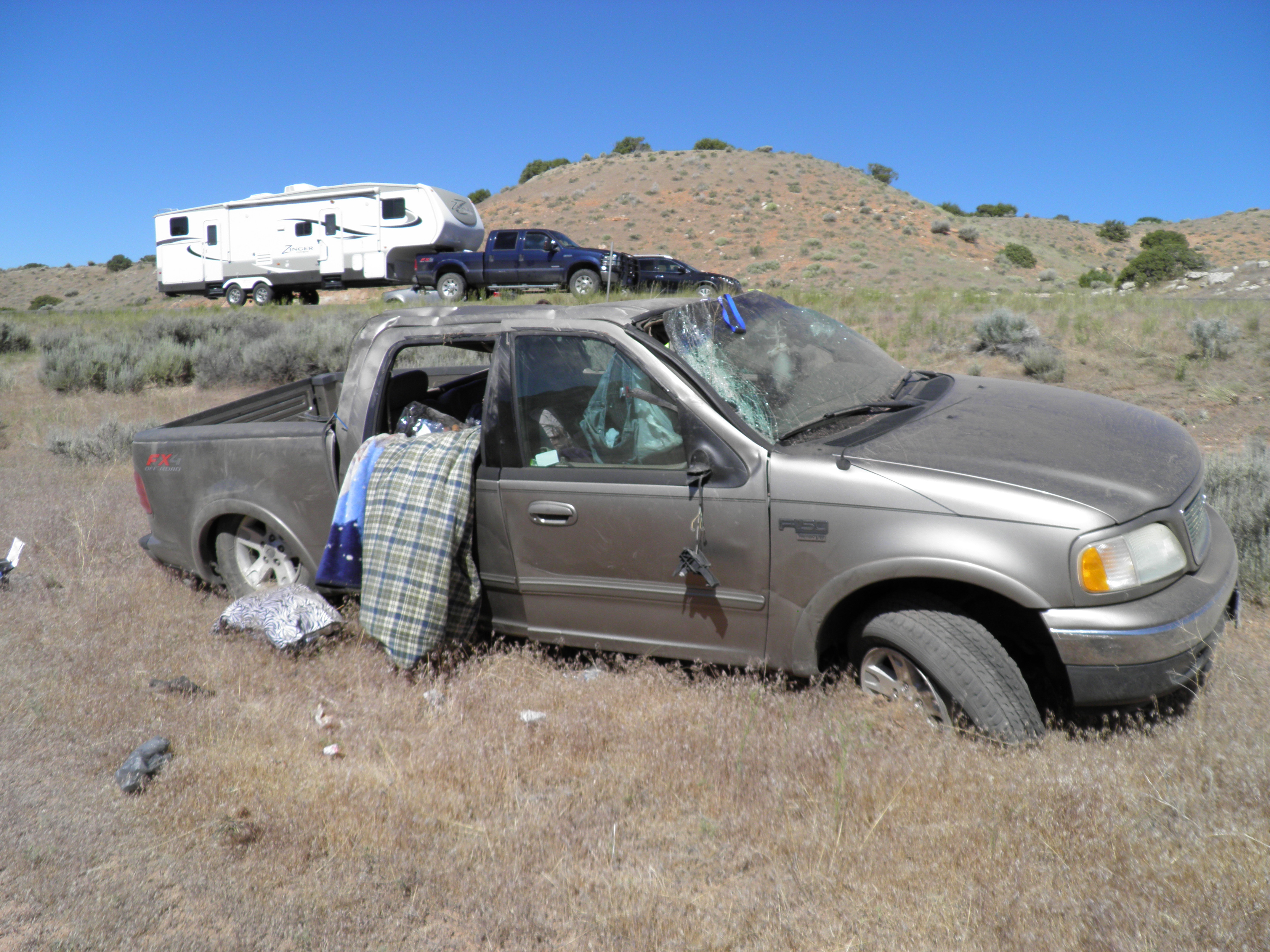 UINTAH COUNTY, Utah — Charges could be filed against a woman and a 13-year-old relative who rolled a pickup truck after the woman asked him to drive the vehicle to her home as she led the way in a different car.

According to the Utah Highway Patrol, the crash occurred at 9:45 a.m. Sunday on State Route 40 near milepost 139.

Police say 35-year-old Sweets Myore of Fort Duchesne asked a 13-year-old relative to drive the pickup truck from Vernal to Fort Duchesne and drop the car off at her home. She asked the teen to follow as she led the way in a second vehicle.

“Given the fact the juvenile was unlicensed and inexperienced, he drifted off the roadway to the right,” the press release from UHP states.

The driver then over-corrected back to the left, causing the pickup truck to swerve back onto the road and then off to the left side. The truck rolled twice and landed on its wheels.

The juvenile was wearing his seat belt and did not suffer any visible injuries, but he was taken to a hospital to be evaluated as a precaution.

UHP states the Uintah County Attorney’s Office will be screening charges in connection with the crash. The teen could face charges for operating a vehicle while underage, and police say Myore could also be held responsible for allowing the boy to drive the truck.