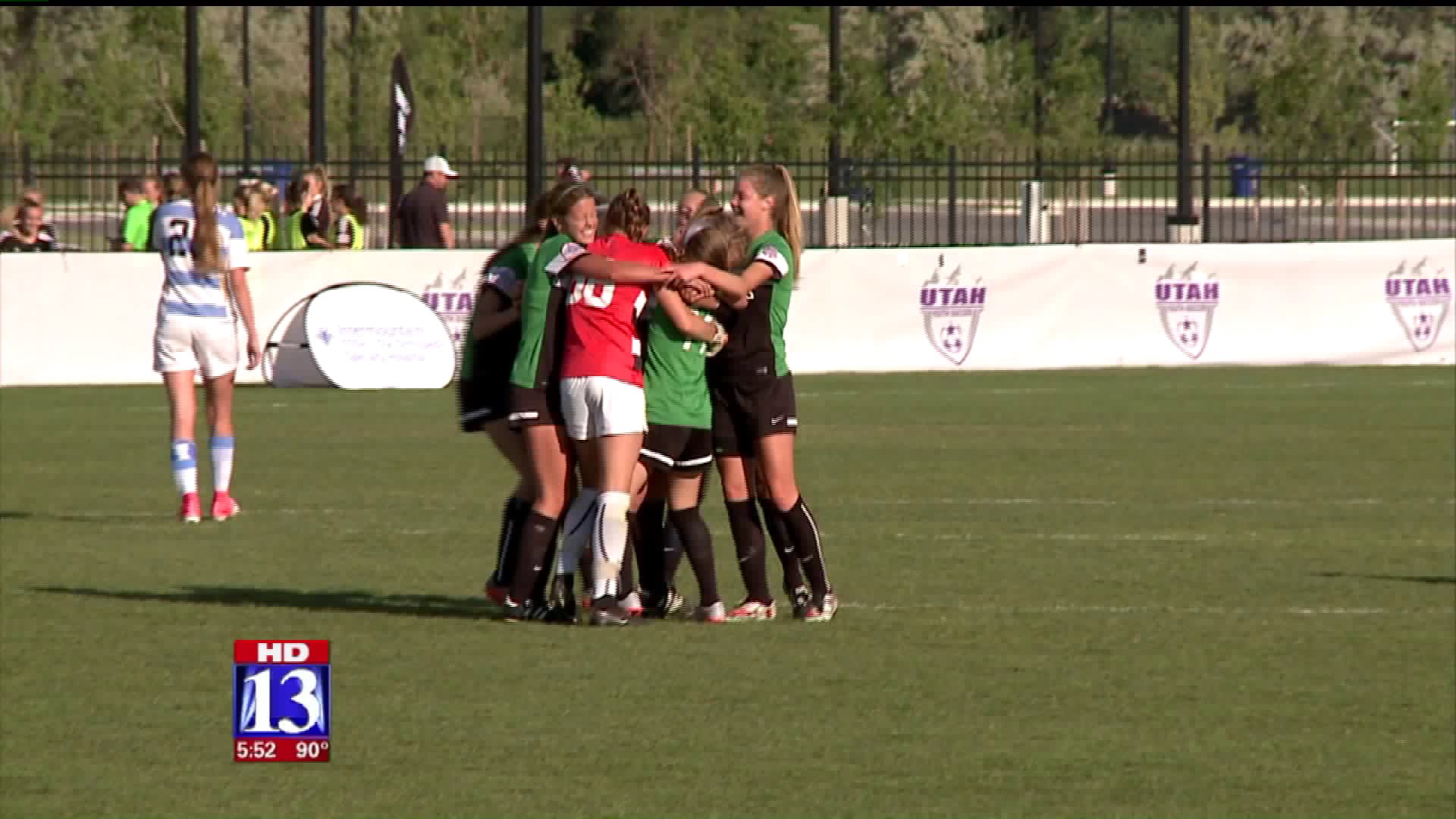 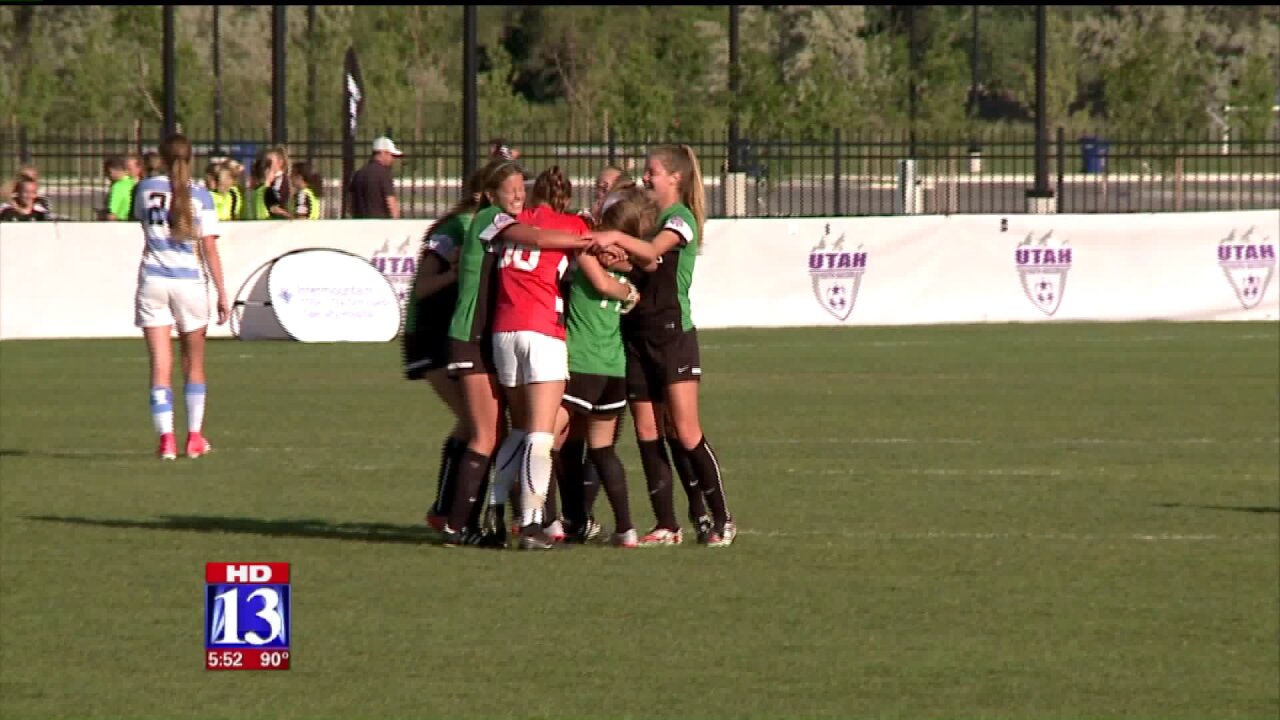 The following is sponsored by Utah Youth Soccer Association.

17U Celtic FC scored a late goal from Anna Pickering to win their champions game 4-3 over Cal South.

“I just hit it so hard and it went in’” said Pickering. “I was like, this is not real. Everybody just hugging and crying.”

16U Celtic FC also won in dramatic fashion. Paula Garcia scored a goal in the final seconds of overtime to force a penalty kick shootout, which they won 3-2 over La Roca in the all-Utah final.

“It’s probably one of the biggest games we’ve ever played in,” said goalkeeper Haven Empey. “We’ve all been so close for a really long time, and for us to accomplish something so big and go to the next level is really big for us.”

15U La Roca had an easier time, winning their championship game 5-0.

“The last two years we went to regionals and lost in the semi’s,” said forward Caroline Stringfellow. “We really wanted to make it to Nationals.”