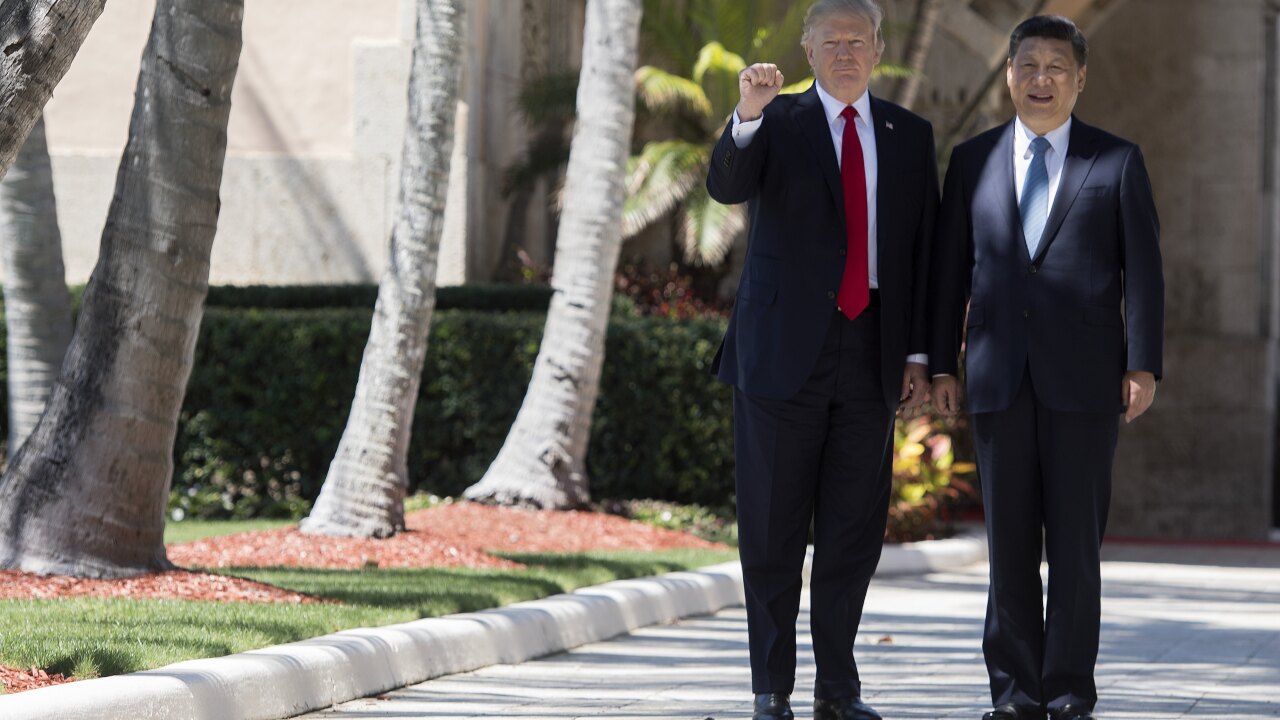 HAMBURG, Germany – President Donald Trump has long said China is the lynchpin to solving North Korea’s saber rattling with missile tests. But his tact with the Asian superpower has run the gamut: He has thanked the Chinese for their support, argued they aren’t helping diffuse the situation and then written them off as willing partners — all in the span of a few months.

That history with China — particularly on North Korea — will be brought to bear Saturday afternoon when the President sits down with Chinese President Xi Jinping, their second meeting since Trump entered the White House in January.

Secretary of State Rex Tillerson insisted in a briefing with reporters Friday that the Trump administration’s “expectations are unchanged” on China’s willingness to help address the growing problem in North Korea.

“We have not given up hope,” Tillerson said. “I call it the peaceful pressure campaign. … This is a campaign to lead us to a peaceful resolution because, if this fails, we don’t have very many good options left.”

That is not the case Trump made last month.

“While I greatly appreciate the efforts of President Xi & China to help with North Korea, it has not worked out,” he tweeted. “At least I know China tried!”

Trump echoed that sentiment earlier this month when he tweeted, “Trade between China and North Korea grew almost 40% in the first quarter. So much for China working with us – but we had to give it a try!”

The President even suggested earlier this year that he was holding fire on China — by not labeling them a currency manipulator — because of their work on North Korea.

“Why would I call China a currency manipulator when they are working with us on the North Korean problem,” he wrote. “We will see what happens!”

The United States and China are currently split on the best way to deal with North Korean leader Kim Jong Un, whose recent test of what was believed to be an intercontinental ballistic missile — a significant step for the North Korean regime — has sent shock waves around Asia, Europe and the United States.

In response to the missile test, the United States and South Korea announced they held their own missile test to counter “North Korea’s destabilizing and unlawful actions.”

“Our experience with China has been… a bit uneven,” Tillerson said Friday. “China has taken significant action, and then … they’ve paused and didn’t take additional action.”

He added, “We’ve remained very closely engaged with China, both through our dialogues that have occurred face-to-face, but also on the telephone. We speak very frequently with them about the situation in North Korea.”

Trump told reporters in Poland on the first day of his foreign trip that North Korea was “behaving in a very, very dangerous manner” and warned Kim he had “some pretty severe things” available to him when asked about military action against North Korea.

Trump, when speaking to domestic audiences, has long cast China as an enemy of the United States, as he did throughout the 2016 campaign.

“I beat the people from China. I win against China. You can win against China if you’re smart,” he said at a campaign event in 2015. “But our people don’t have a clue. We give state dinners to the heads of China. … They’re ripping us left and right. Just take them to McDonald’s and go back to the negotiating table.”

He later said in 2016 that China was “ripping us off” and that he was “so happy they’re upset” that he is slamming them on trade.

Trump has also slammed the international power on climate policy, as well. When the President announced his intention to leave the Paris climate accord earlier this year, he targeted China as a primary reason behind the decision.

“China will be allowed to build hundreds of additional coal plants. So, we can’t build the plants, but they can, according to this agreement,” he said, adding later that the deal “is less about the climate and more about other countries gaining a financial advantage” over the United States.

China announced after the United States departures that it intends to stay in the agreement and work with European countries.