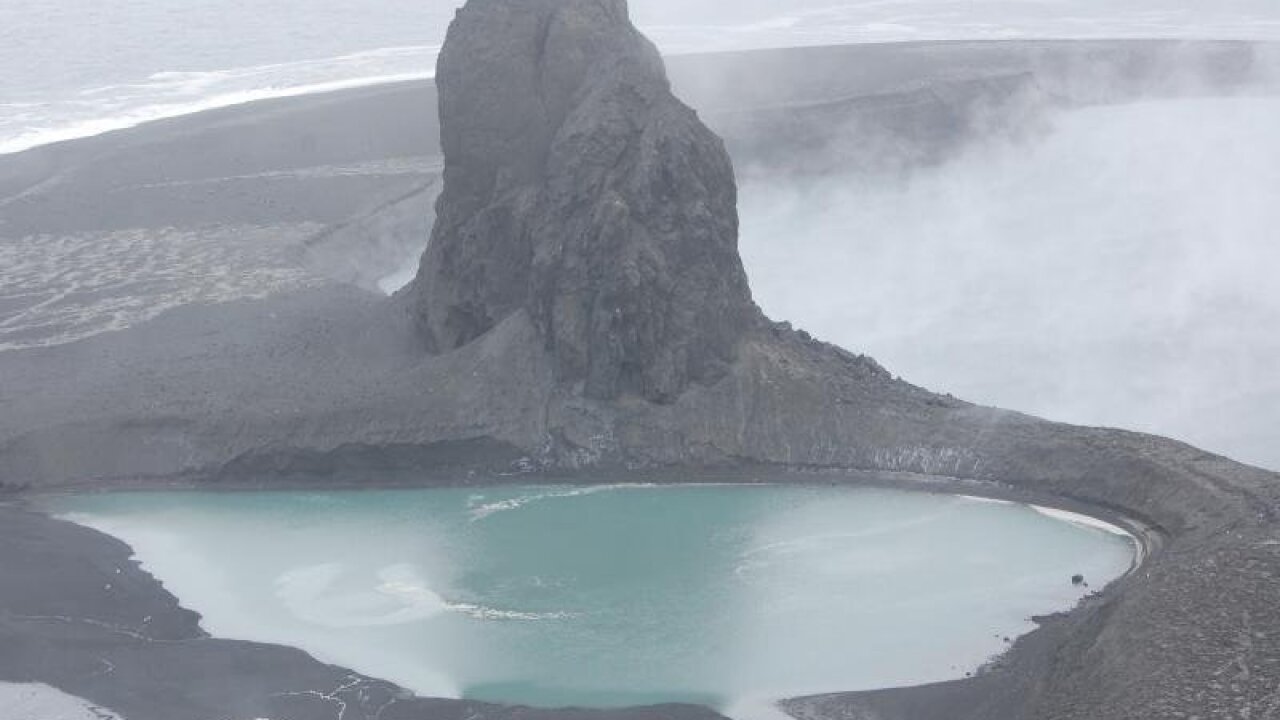 This May 8 file photo of the Bogoslof volcano in Alaska’s Aleutian islands shows a crater now filled by a warm saltwater lake. The volcano erupted on Bogoslof Island on Sunday, May 28, producing an ash cloud that reached up to 45,000 feet, according to the Alaska Volcano Observatory.

ALASKA — An Alaskan volcano that has erupted several times since last year spewed an ash cloud up to 30,000 feet, leading to an aviation warning.

It “remains at a heightened state of unrest and in an unpredictable condition, and additional explosions producing high-altitude volcanic clouds could occur at any time,” the observatory said.

The volcano sits under the flight path of many flights from Asia to North America and its ash cloud could adversely affect aircraft.

“Ash and aircraft do not mix, as volcanic ash is abrasive, melts at jet engine temperatures, and can cause engine failure,” the United States Geological Survey says.

Bogoslof’s current eruption sequence started in December, according to the observatory. Its previous eruption events have lasted weeks, sometimes months.

In May, an eruption prompted a similar temporary aviation alert but was subsequently downgraded to “orange.”

Aircraft are often instructed to fly around or over ash clouds, although in some circumstances air traffic has been grounded due to the hazards from airborne ash. In 2010 the eruption of the Eyjafjallajokull volcano in Iceland caused the cancellation of flights around Europe for six days.