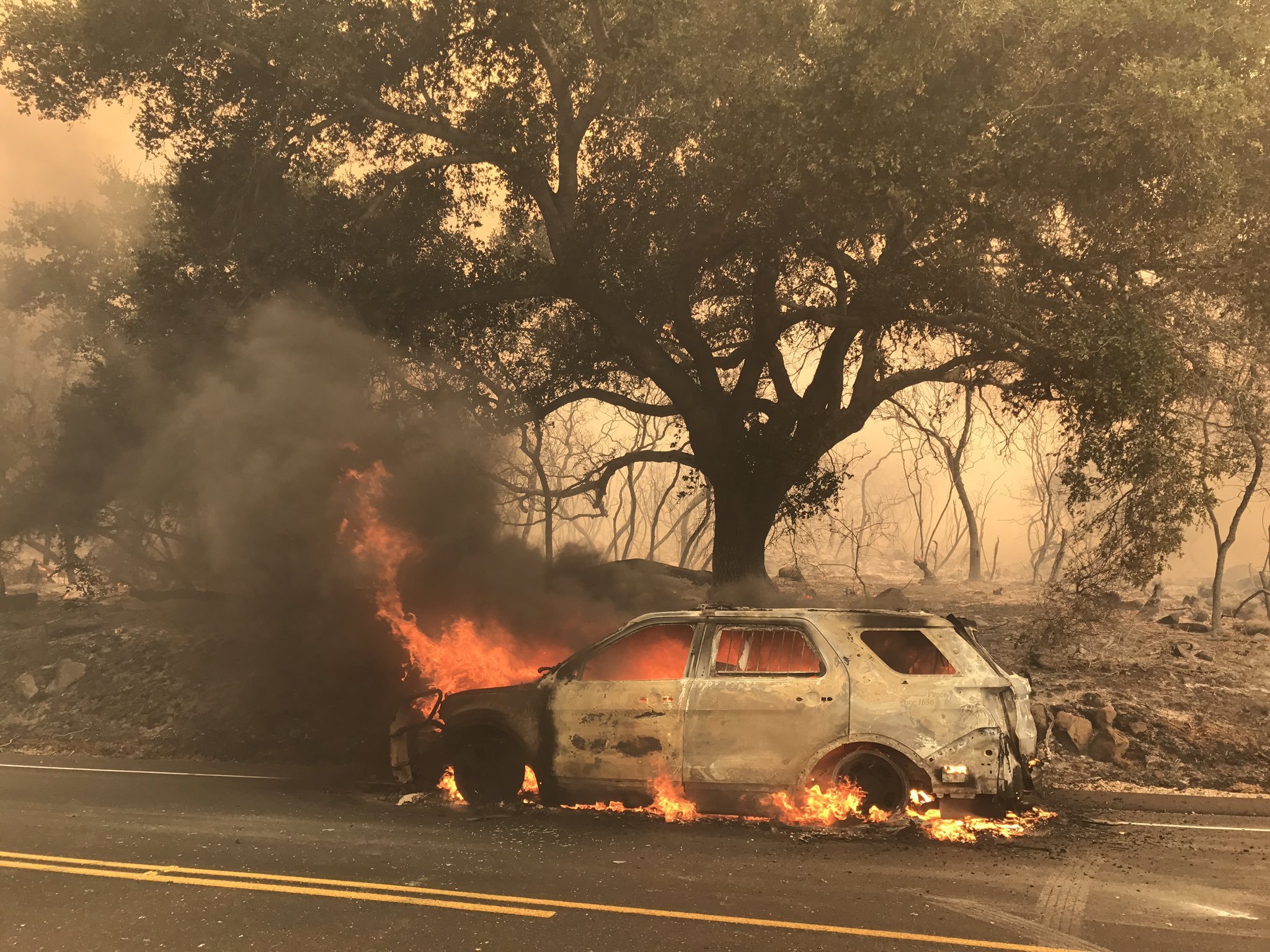 SANTA BARBARA COUNTY, Calif. — Firefighters in California continue to battle growing wildfires amid a record-breaking heatwave and predictions of storms that could make things worse.

Already, hundreds of homes have been evacuated as the blazes continued to grow Sunday.

The Whittier Fire in Santa Barbara County has claimed more than 7,800 acres, the county tweeted about 7:15 a.m. California time.

More than 40 high-temperature records were set or tied Saturday across the West, including in Los Angeles; Las Vegas, Nevada; Helena, Montana; and Boise, Idaho.

Isolated thunderstorms could produce lightning with very little rain Sunday, so new fires could be started over much of the West, Brink said.

The Whittier blaze caused at least 2,000 people to evacuate Saturday, including at least 60 campers who were attending the Circle V Ranch, a popular summer camp, DePinto said.

All campers and staff were safe, organizers said in a message posted on social media.

CNN affiliate KEYT tweeted a video taken from inside a vehicle driving through the smoke.

The flames spread to several recreational areas such as Camp Whittier and Lake Cachuma, forcing visitors to abandon tents, RVs and boats. A sheriff’s vehicle was also destroyed east of Lake Cachuma but the deputy was not hurt, a county spokesman said on Twitter.

The fire is believed to have started Saturday around 1:45 p.m. (local time) at Camp Whittier.

Further north in the county, a separate fire grew Sunday to about 24,000 acres off California Highway 166 near Twitchell Reservoir. That blaze, known as the Alamo Fire, remained 10% contained, officials said Sunday morning.

Some 150 to 200 homes were issued evacuation orders, DePinto said.

The county said the area affected hasn’t burned in many years. Smoke from the fire is visible in nearby Santa Maria, a city with more than 100,000 residents.

Authorities have said that ground and air resources have been deployed to face this blaze’s “extreme fire behavior.”

Meanwhile in northern California, officials ordered the evacuation of more than 300 homes in Butte County due to another wildfire, a spokeswoman for Cal Fire said.

The blaze known as Wall Fire started Friday and had burned 4,400 acres by Sunday morning when it was 17% contained, officials said.

At least 10 structures, including homes, have been destroyed while five others were damaged, officials said.

“The fire continues to burn actively,” the Cal Fire website said Sunday morning. “The fire is burning primarily to the northwest and southwest. Hot dry weather is expected to continue in the fire area.”