KANAB, Utah - People in the city of Kanab are cleaning up after nearly two inches of rain fell, causing flash flooding.

The National Weather Service issued a flash flood warning for southwestern Kane County Sunday night because of a large thunderstorm moving through.

Video and photos from from Fox 13 viewers Nick Smith and Dave Owens of Kanab show the flooding and standing water covering the roads.

The flooding forced police to close Highway 89 for a short time.

The Kane County Sheriff's Office had volunteers working through the night filling sandbags.

Firefighters also had to put out three lightning-caused fires Sunday.

Air crews knocked down the flames within a couple of hours.

However, ground crews are still working the fire Monday. The fire is estimated to be almost three acres.

Kane County Emergency Services said a up to two-dozen homes were damaged with water and mud in the basements.

On Facebook, authorities said residents should expect more storms Tuesday afternoon and that supplies are available.

"Sandbags and supplies are stationed across the street from Kanab City Pool. Get what you need. Empty bags are in the white cargo trailer." 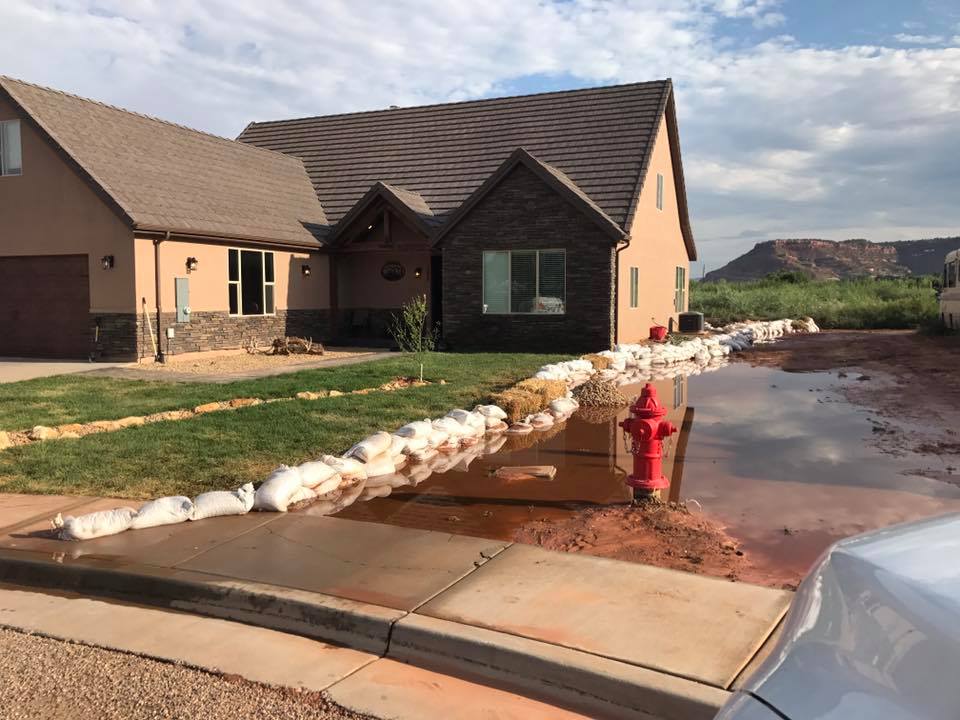