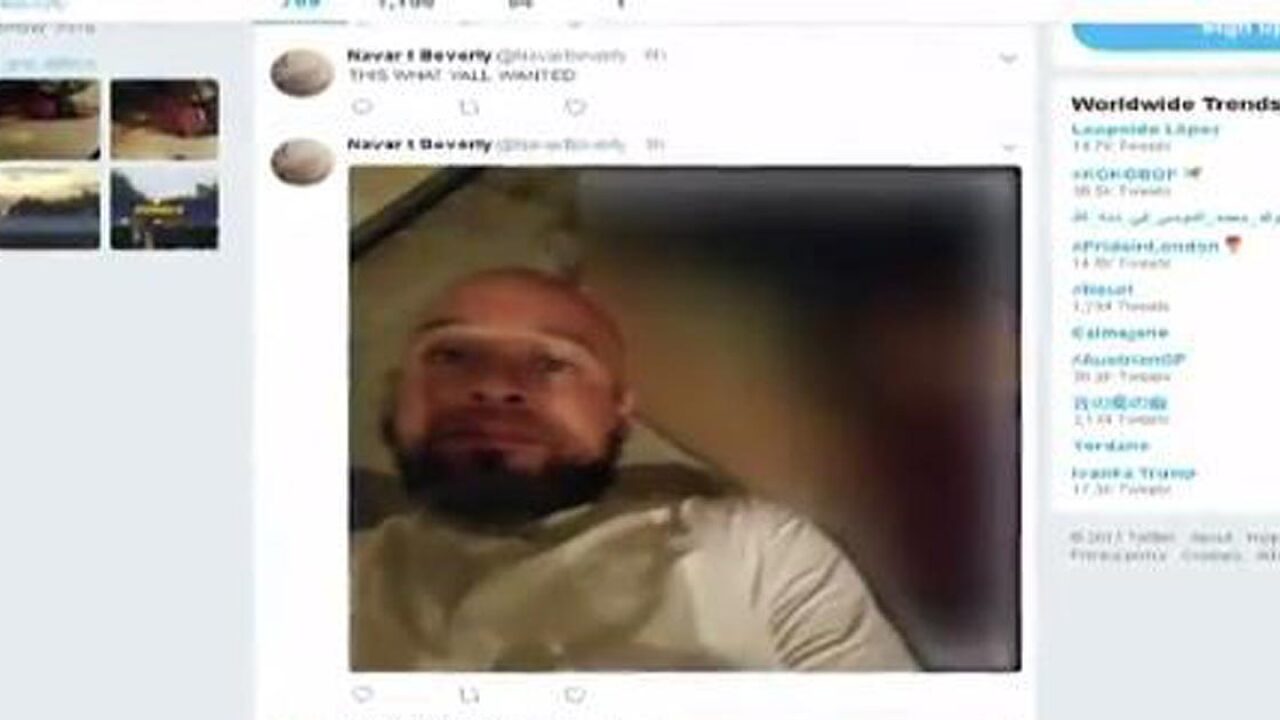 BOWIE, Maryland -- A Maryland man is under arrest after police say he killed his stepfather and then posted photos of himself next to the victim's body.

Police say Navar Beverly told his mother "I told you I would do it" after he allegedly strangled his stepfather, WJLA reports.

Just after 8 a.m. Saturday, Bowie police responded to the home of Ronald Francis Pickney after his wife called saying her son had killed Pickney.

When police arrived, she said that Beverly had admitted to killing Pickney and that he was "dead in the garage."

Pickney's body was found with injuries to his neck. Beverly ran from the home.

Police were on the look-out for Beverly's maroon minivan and eventually found it in the Landover area.

After an attempted traffic stop and brief chase, Beverly crashed the van and ran on foot before police caught up and arrested him.

Detectives said police had been called to the home a month earlier when Beverly and Pickney were fighting; Beverly had his stepfather in a choke hold until a witness stopped him.

Police also found photos Beverly posted on Twitter late Friday night of him alongside the body of his dead stepfather.

The photos have since been removed.