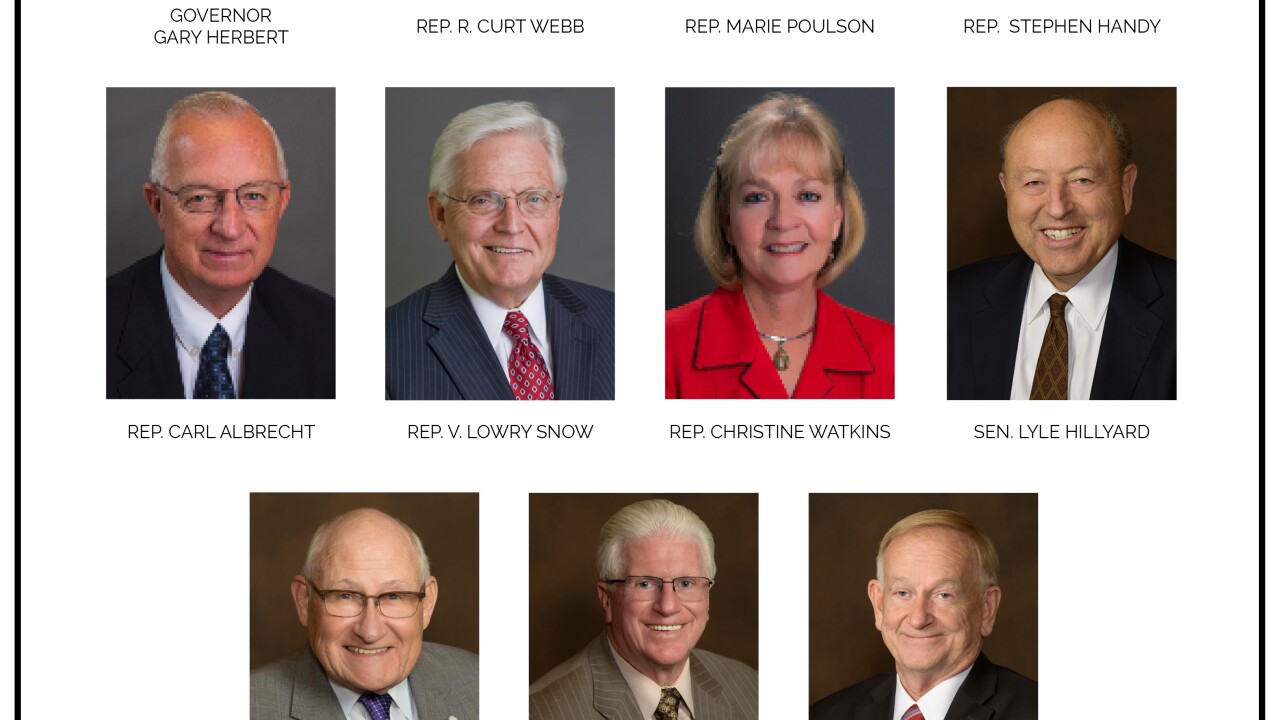 SALT LAKE CITY — The American Beverage Institute is continuing its campaign against Utah over the .05 DUI law, this time targeting senior statesmen in the legislature.

The ad, slated to run in Thursday’s Salt Lake Tribune and shared with FOX 13 in advance, highlights Governor Gary Herbert and a number of lawmakers who are over 65 years old, claiming they are more impaired than someone with a .05 blood alcohol content.

“Where this ad is specifically concerned, someone who is driving over the age of 65 is scientifically more impaired than a driver at .05,” ABI’s Sarah Longwell said in a statement. “With this in mind, Utah lawmakers need to put traffic safety threats into perspective and apply their finite resources to problems backed up by logic, not blindly follow emotional pleas. That way we can actually make Utah’s roads safer.”

The satirical ad is part of the restaurant industry lobbying group’s longstanding campaign targeting Utah over the new DUI law. They have run ads in neighboring states urging people to cancel vacation plans to Utah.

Last month, Longwell faced questioning when she testified before a legislative committee.

The latest ad targets both Republicans and Democrats, but may have the opposite of its intended effect. Past ads heaping criticism on the state have emboldened some lawmakers to stand by their belief that passing the .05 DUI law is the right move to save lives.

Lawmakers who supported and opposed the DUI law criticized the ad.

“I just to think that’s not the way we’re going to affect public policy. Let’s sit down and talk about this,” he told FOX 13. “This bill needs some fixes, needs some work. This seems like a knee-jerk reaction, not well thought out.”

“I genuinely hope that those who put together this ad are lucky enough to gain the wisdom and earn the experience and sensitivity that comes as you live longer. Because I don’t see it in that ad,” she told FOX 13.

The sponsor of the .05 DUI law responds… #utpol https://t.co/AP2xRCpGVi

House Speaker Greg Hughes’ office said the ad “managed to offend just about everyone on both sides of the policy debate.” Hughes, R-Draper, voted against the DUI bill.

“Their focus is clearly to try and send a message to other states considering similar policy discussions. Those tactics don’t work here. In fact the only thing they’ve managed to accomplish is uniting opposing sides on this issue to be appalled by them,” said Hughes’ Chief of Staff, Greg Hartley.

I continue to be amazed by folks who believe the best way to persuade a legislator is to insult him/her. Saw it again today. #utpol

The legislature passed the strictest anti-DUI law in the nation earlier this year. After signing it into law, Governor Gary Herbert ordered a review to make modifications to avoid “unintended consequences.” Restaurant and hospitality groups have complained it will scare people from going out to eat, and add to the perception that Utah has bizarre liquor laws.

Lawmakers have held hearings in recent months to look into the issue. The law does not take effect until the end of 2018.