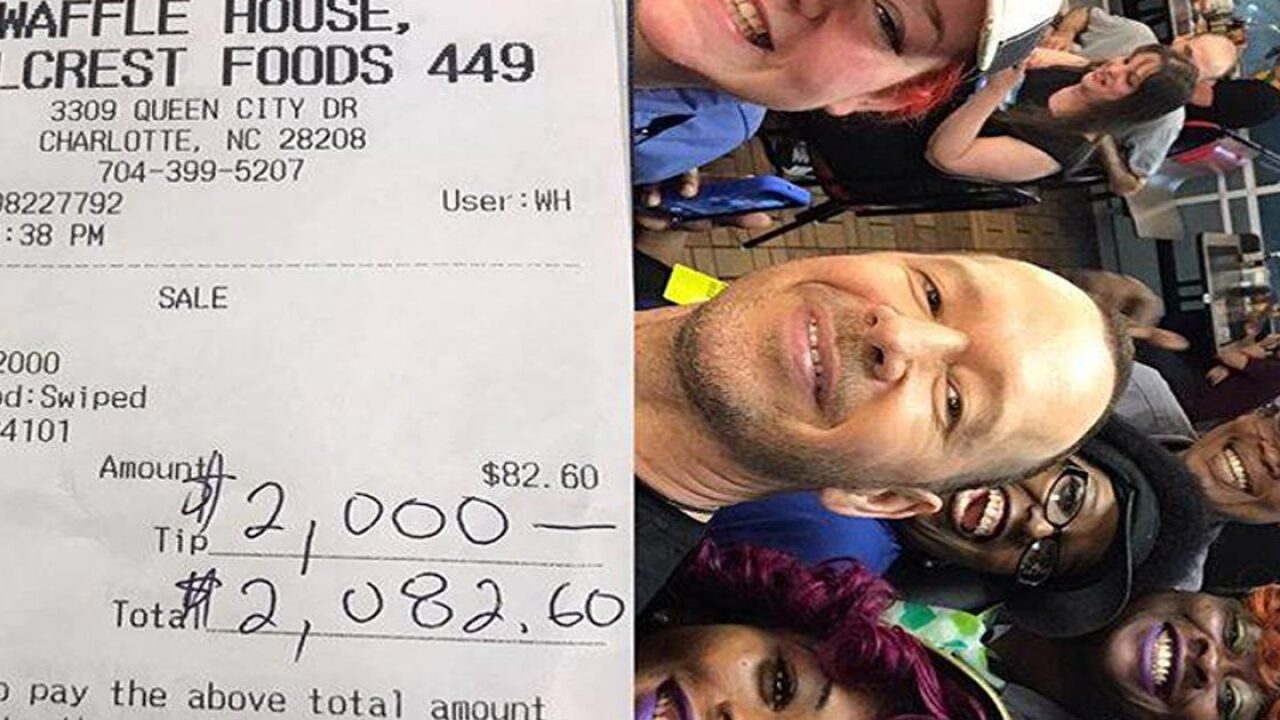 CHARLOTTE, N.C. -- New Kids on the Block star and "Blue Bloods" actor Donnie Wahlberg left a massive $2,000 tip for workers at a Waffle House in Charlotte.

Wahlberg, who was in town for a New Kids on the Block concert Thursday night, posted a picture on Facebook of the tip handwritten on a mere $82.60 bill.

The post read, "My mom waited tables, and my dad tended bars - for years! So, when I walk into a Waffle House, and the staff treats me like a king, you better believe I treat them like queens! Thanks to the team at Waffle House in Charlotte."

Wahlberg also posted a Facebook Live from the Waffle House.

In the video, Wahlberg is sitting with a "Blue Bloods" fan named Jasmine, who he announced was receiving tickets and backstage passes to meet New Kids on the Block.