SALT LAKE CITY - A car crashed into a utility pole on Redwood Rd. at I-80 westbound and sparked a fire Friday afternoon.

Authorities closed the right lanes as well as the ramp to I-80 westbound and asked drivers to avoid the area, and crews quickly extinguished the blaze. While the lanes have since reopened, as of 3 p.m. traffic was still backed up in the area.

Det. Richard Chipping with the Salt Lake City Police Department said the crash occurred when a car went to make a left hand turn against traffic and another vehicle collided with it, sending the first car into the pole.

The car caught fire after colliding with the pole. All injuries associated with the crash are minor.

Traffic lights were in "flash mode" in all directions on Redwood Rd. near the I-80 eastbound ramp as crews cleaned up after the crash.

Thanks to Fox 13 viewer Joel Ilagan who sent in video of the scene.

Crews are responding to an outdoor fire at 200 S and Redwood. This will affect traffic on N Temple as well. 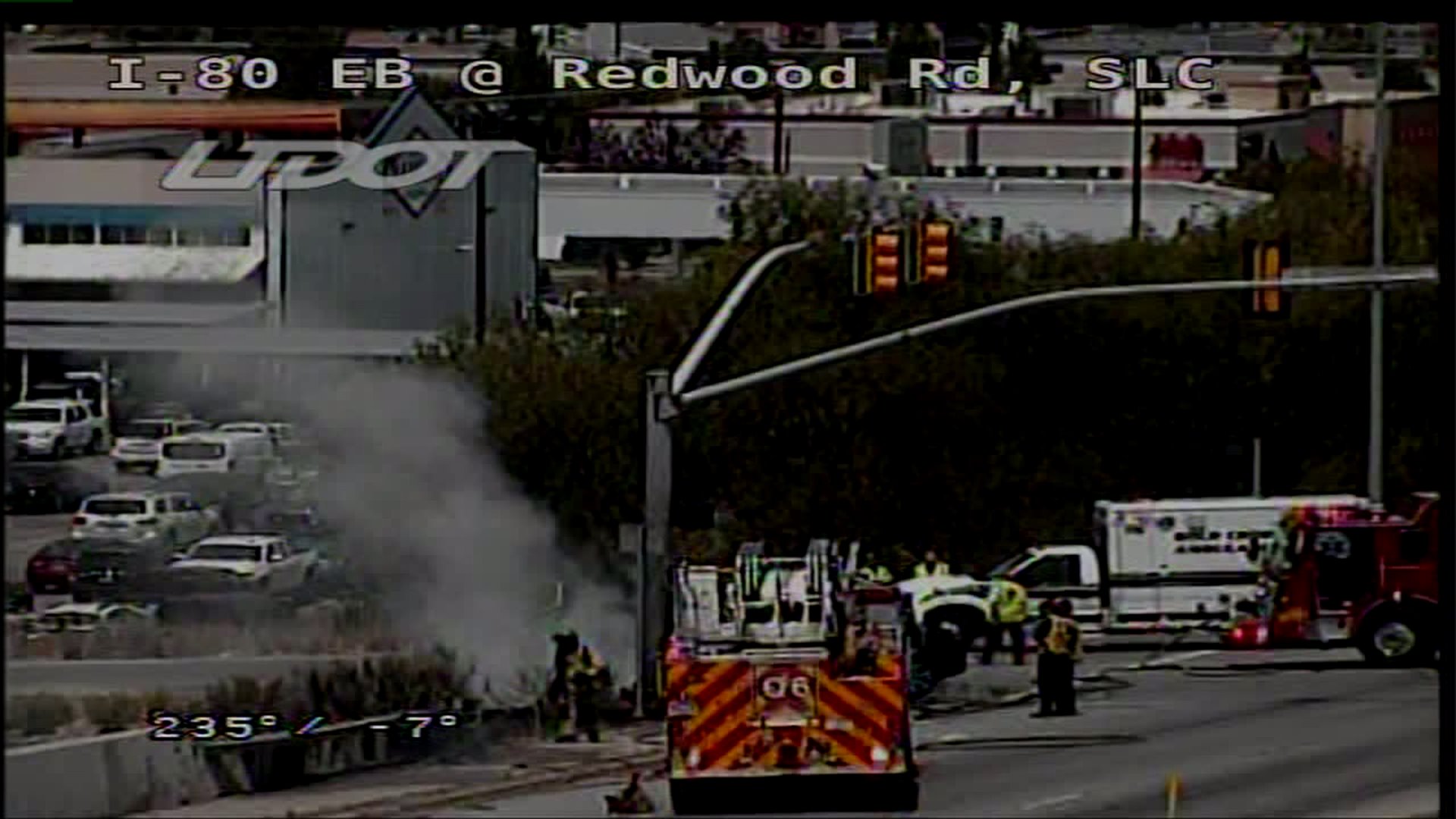