ELKO, Nev. - A wildfire has burned several structures in Elko, Nevada. after closing parts of I-80 Monday afternoon.

The Bureau of Land Management released the latest numbers on the Oil Well fire Tuesday evening.

Seven residents have been burned, four of them inhabited and three vacant.  Five outbuildings were also burned.  16 vehicles have also been burned.  Two were used everday, but the others hadn't been driven in some time.

Authorities said the fire started around 1:30 p.m. and forced the closure of a section of Interstate 80 in both directions.

Greg Deimel with the Bureau of Land Management had said the freeway was closed between Wells and milepost 304, until the smoke cleared out enough to reopen it. 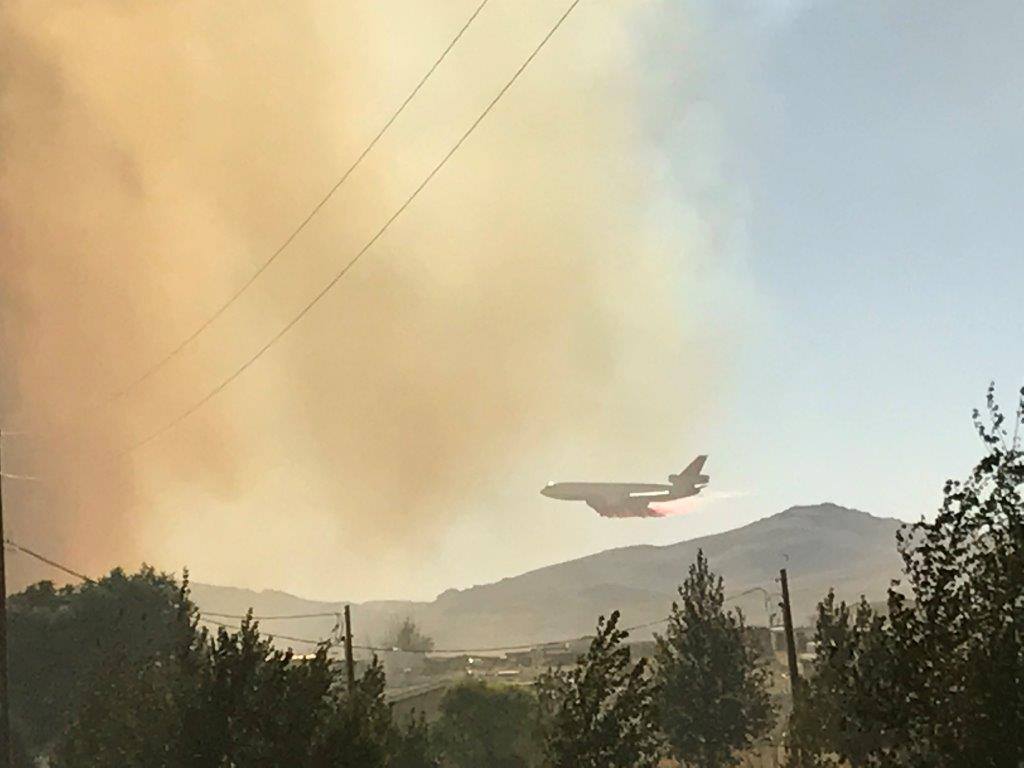 Diemel said the town of Osino, with a population just over 700,  was evacuated Monday.

The Elko Daily Free Press reports that an evacuation center has been set up at the old Elko High School gym.

It's called the "Oil Well Fire" and there are unconfirmed reports of structures being damaged.

The Elko Interagency Dispatch Center has been tweeting updates on the fire.

Oil Well Fire = I-80 and frontage road closed from exits 303-310; fire is running and has jumped to south side of interstate.