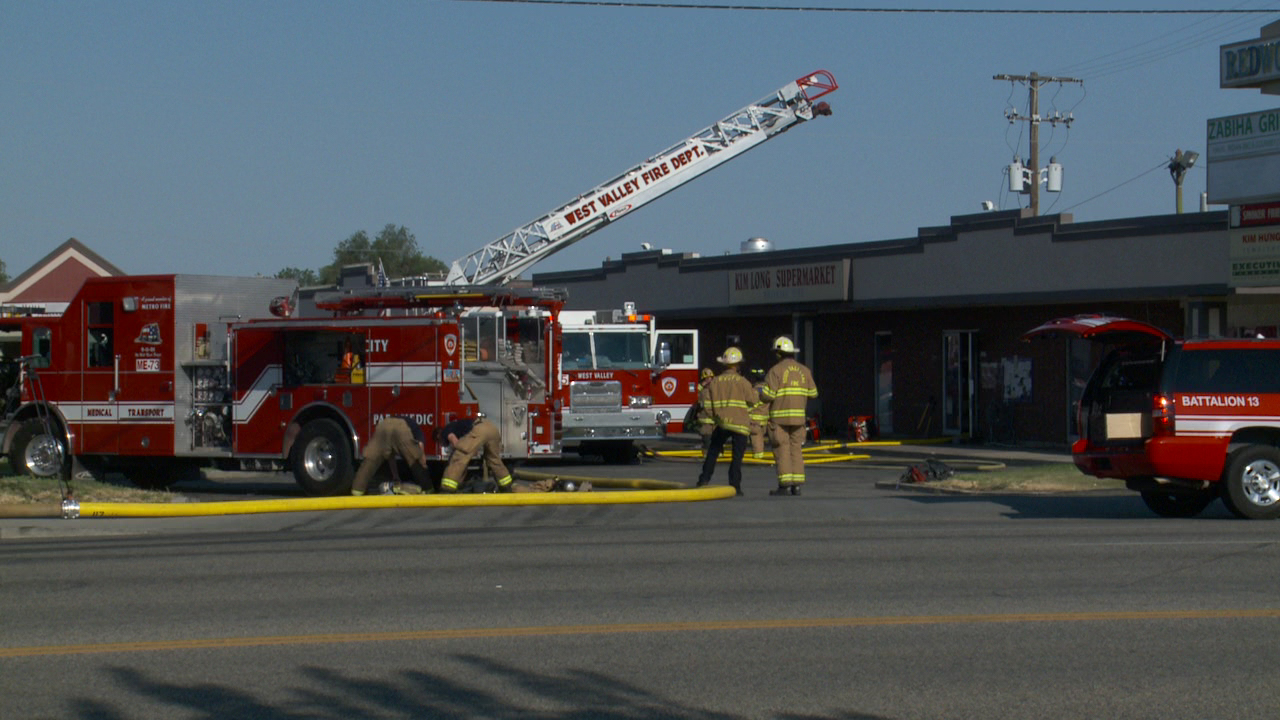 Jeff Fox, West Valley City Fire Department Battalion Chief ,  said employees had just arrived to open the store for the day when the fire broke out.

He says he believes someone started cooking and started the fire.  When firefighters arrived, they had to break down the bars on the window to get into the structure.  The two nearest fire hydrants were not working, which forced fire crews to use an  alternative across the street.

Roads between 3300 South and 3500 South on Redwood Road were closed, but reopened after crews put out the fire.

Firefighters from West Valley City, South Salt Lake, Unified Fire Authority, Salt Lake City, and Murray were on scene.   The store suffered fire and smoke damage. The cause of the fire is under investigation.