One flown to hospital after crash on Highway 193 in Layton 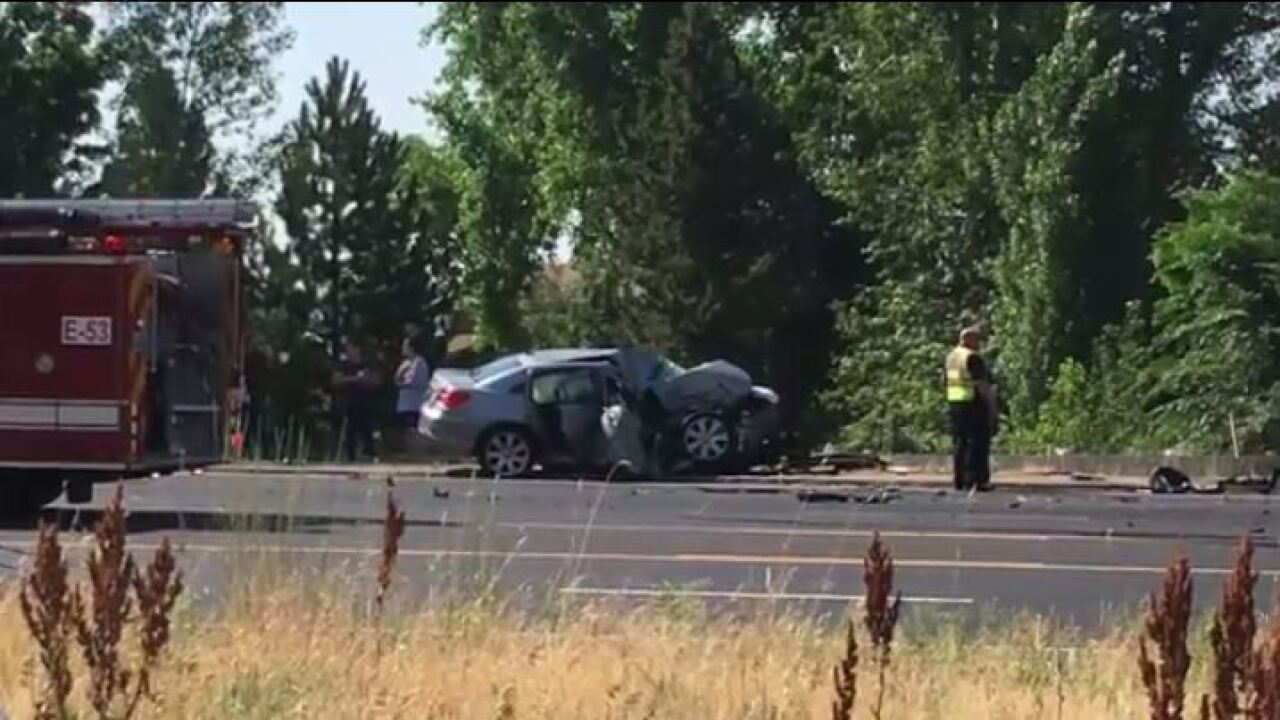 LAYTON, Utah -- One person was flown to a hospital Saturday after a crash involving a car and a truck hauling a large trailer on Highway 193 in Layton.

Sgt. Jackie Bittner of the Layton Police Department said the crash occurred in the area of Highway 193 and Church Street, and Fox 13 News first heard report of the crash around noon.

The cause of the crash is still being investigated.

One occupant of the passenger car was flown to University of Utah hospital. Bittner said that person suffered broken bones, but the injuries are not believed to be life-threatening.

There were no other major injuries reported.

Footage from Fox 13 News viewer Keith Patrick showed the aftermath of the crash and the emergency response.

Highway 193 was closed for some time after the crash due to leaking fuel but has since reopened.