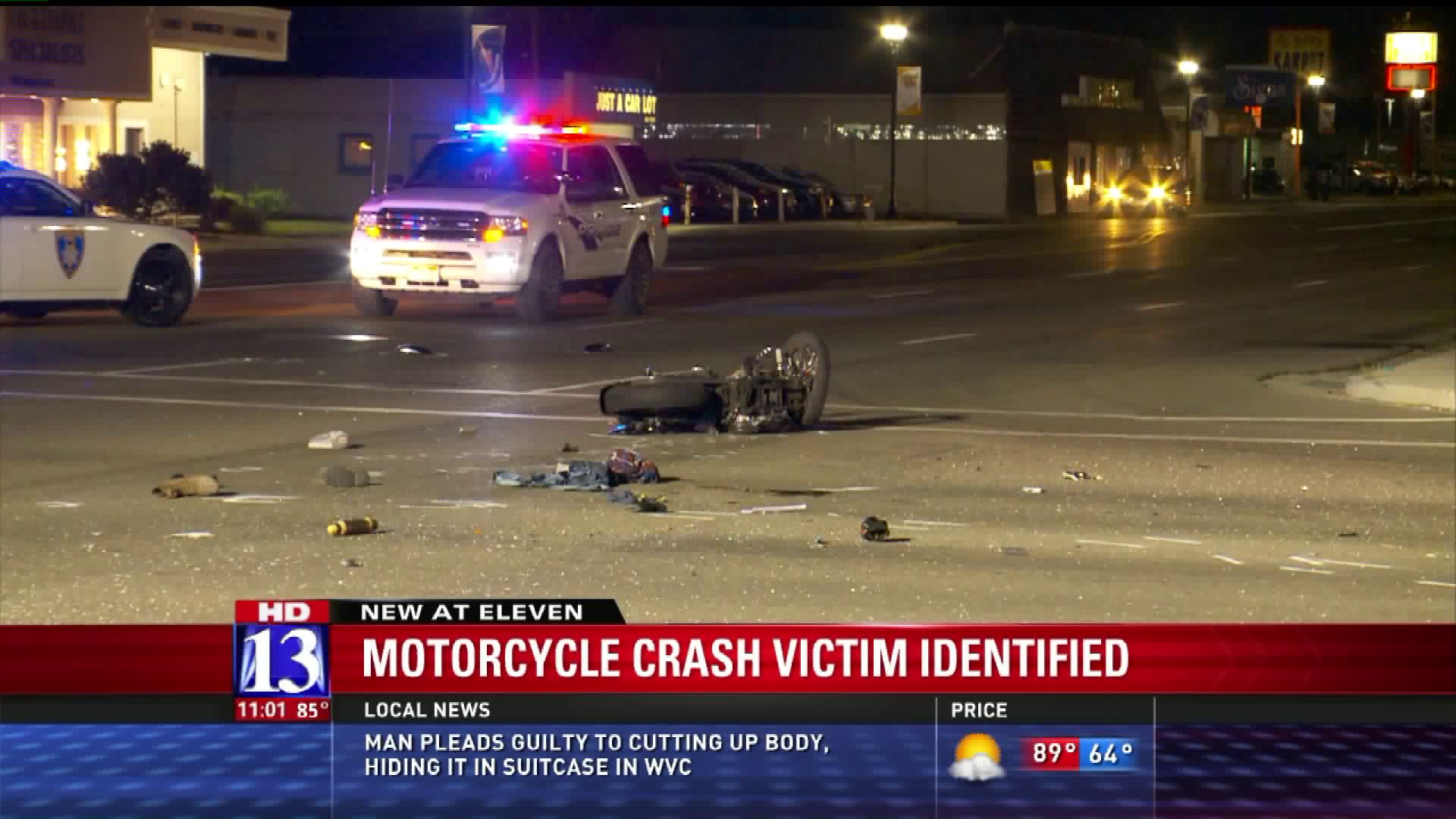 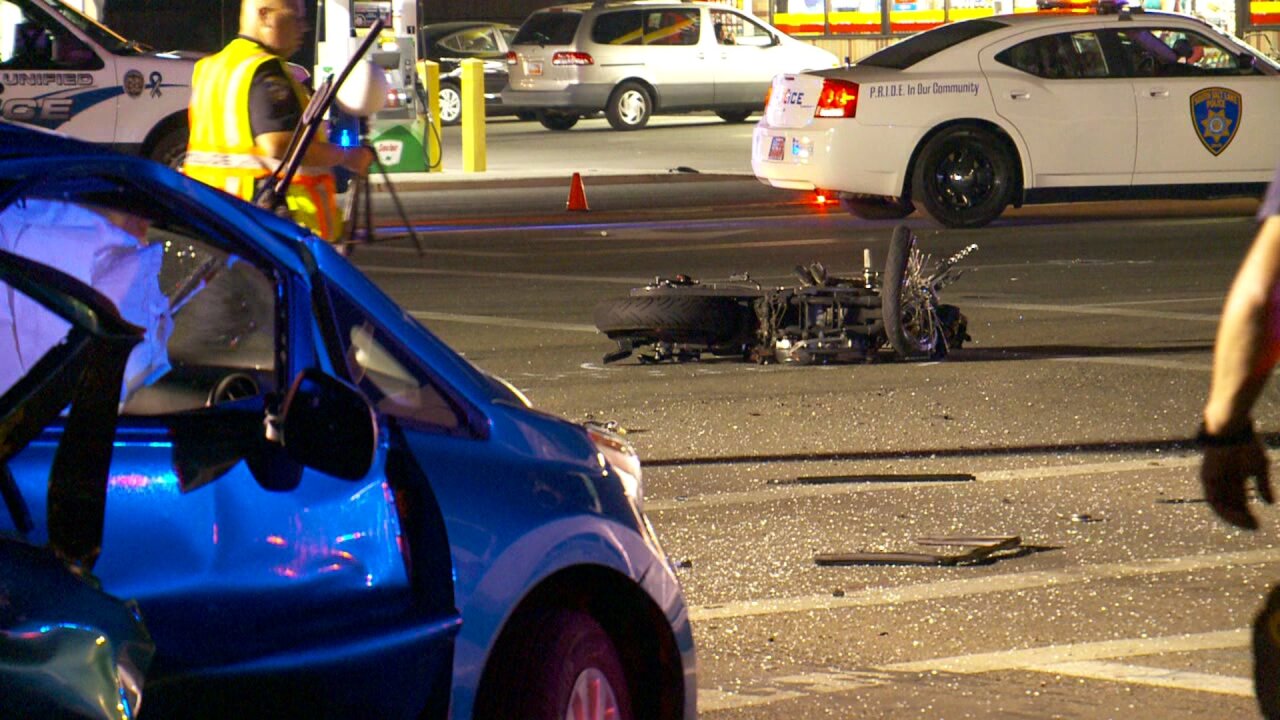 MIDVALE, Utah - A man injured in a motorcycle crash in Midvale Sunday night has died.

Unified Police identified the victim as 29-year-old motorcyclist Steven Colgate of Murray. Police said Colgate was riding his motorcycle south on State St. when a passenger car made a left turn in front of him at 7500 S.

Colgate was thrown from the motorcycle and the passenger car was totaled. Paramedics arrived quickly and tried to save Colgate's life, but his injuries were too severe and he died at the scene.

Police said a helmet could have saved Colgate's life.

"The helmet itself not only protects against traffic accidents but also helps protect against any projectiles that are coming off the road. You know, like gravel trucks and such and insects. So it helps protect your face and your head, not just in crashes, but in other incidents," said Det. Ken Hansen, Unified Police Department.

No citations were issued in the crash, but the results of an accident reconstruction report and drug and alcohol testing for the other driver are still pending.